Posted on January 11, 2021 by Chefena Hailemariam in Articles 6 Comments 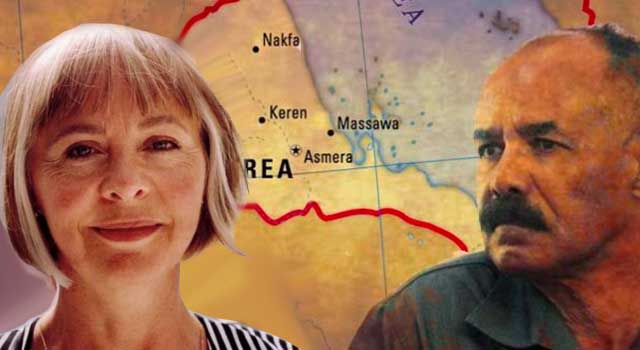 Christina Bjork’s book which made its debut in 2019 is about the history of modern Eritrea with a focus on the armed struggle. Her book comprises of twelve sections of personal narratives drawn from her in depth interviews with twelve tegadelti (mostly former members of ELF). Bjork’s book is a portrayal of the lives of many exiled activists still in the quest for freedom and justice.

In their narration, individuals try to align their stories with certain values, beliefs, wishes, and expectation of the national liberation struggle. But also, their disillusionment with the aftermath of the liberation era is a theme that runs throughout the book. While being proud of their contributions towards the independence of Eritrea most have sad stories to share.

The former Chairperson of the ELF, the late Ahmed Nasser sets a tone by providing a rather down to earth critical reflection of the disappointing end of the organization he led (50).

The journey of an ELF veteran, Tewolde (133), is a case of cross-situation lived experience. It begins with a 17-year-old student charged for being an ELF collaborator, sentenced for 10 years, re-joined his comrades in the field after a jailbreak, ending up with an exiled politician’s life. It is a saga of an individual spanning fifty years.

The lives and experiences of the people in the book have helped to make sense of cross-situation understanding of liberation struggle and beyond. In her own word, Christina Bjork says, “I write about what happened a generation ego. Today the struggle for freedom and democracy is still going on. This will become another story written by a new generation” (216:2019).

While sharing their unique experiences with their interviewer, each of the ELF/EPLF members present their own version of realities making their narratives available to be credited and validated by their audiences. In that respect, Christina Bjork’s book helps us to understating  and coming  into terms with the past. This involves deconstruction the past by raising critical and reflective questions “where did we go wrong?” instead of the much easier question of “who did this to us?”,  a question that wanders into realms of conspiracy theory.

Narratives are not just stories and narratives about the “self” and about the “other” can be of varying social functions. Looking into the role of narrative discourse in shaping socio-cultural realities via routine accounts of events, groups or organizations in everyday conversation is a valuable research method. The ways the rival liberation organizations “slandered each other” (Tecle Senbet, 106) were not inconsequential. The powers of these hostile discourses leveled against the ELF find their excuse in ideals of revolutionary socialism, which was in vogue in that era. “It was radical to support the EPLF and to undermine the ELF” (Tesfazion, 117).

Joining either of the two liberation organizations at a younger age would have been a matter of an individual choice or a chance factor for these Tegadelti. But whether there was the same degree of freedom and individual agency to make a difference within the organizations becomes a question for further probing. This is of particular interest to a former EPLF member and Bjorn’s interviews aim at eliciting narratives. Mesghinna (76) claims “you will become a dictator only if those around you allow it” points to the question if members had the choice to resist the structures of repression and challenge the dominant discourses of their respective organizations.

Mesfin Hagos’s (169) testimonies add a perspective to our understanding of what EPLF has become. The organizational culture of the EPLF and its war time values help to account for what the EPLF has become. He reports (169). ”Yes, it followed us and developed into something much worse……  We should have developed another culture that would be more appropriate for a liberated state.” His reference to the “EPLF culture” is indeed a significant insight for further investigation.

Written in plain and accessible style and diction, the book is an addition to an ethnographically based approach to the study of the modern Eritrean history. Essentially, it is a research interview of real people in real situations. As rightly put in here concluding note, “History is about interpretation of events” and in that sense, we are offered with the occasions of –making meaning of these narratives. Rather than regurgitating the highly ideological accounts of nationalist history by merely focusing on larger systems such as colonial experiences, governments, nations. And so, it allows us to take stock from the individuals’ lived experiences.

The reader, however, would have been assisted had the author organized her sections in a thematic order. That way the reader would gain adequate clues in order to appreciate the complex roles of narratives in reconstructing our past.