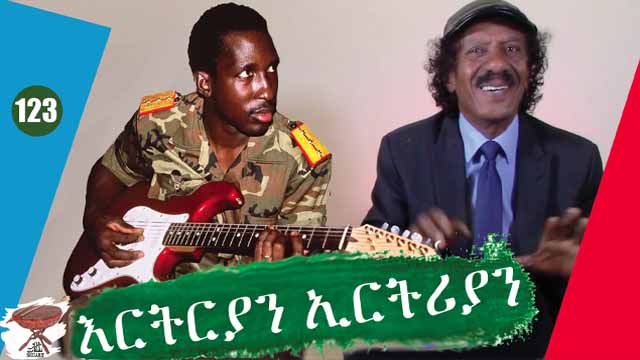 It’s a fact that Italy named our country Eritrea. Colonizers or their agents named other countries, including Aetopia. The Greeks called Africa as Libya—anything below it was Sudan or Aethopia. Some smart guy proposed to Minelik to name his occupied land Aethopia and he did, not God as some tradition claims—Abyssinia was its name before Minelik. Some countries change their names, for instance the western African Country that used to be called Upper Volta. The country had a charismatic leader…

in 1983, at the age of 33, Thomas Sankara became president of Upper Volta. In 1984 he renamed country Burkina Fasso (Land of incorruptible people). Its people are known as Burkinabe and its capital city is Ouagadougou. Sankara was a mixture of Ghaddafi and Castro— he set on a nationwide literacy campaign, land redistribution for the benefit of peasants, massive construction drive, outlawing of FGM, forced marriage, and polygamy. In 1987, his close associate and friend, Blaise Campaore led a coup against Sankara was killed.

The Eritrea of East Africa

The oldest recorded mention of the Sea (the Red Sea) comes from the biblical story of Prophet Mosses. With the will of God, he uses his staff the Yam Suphr (Yam means water in Hebrew and Tebedawyet /Hdareb) and the body of water parts allowing him and his people to cross to the Sinai. Then he makes a gesture, and the sea floods the path again drowning the pharaoh and his army that was chasing Moses. That story is almost identical in Jewish, Christian and Muslim books. And there are theories about why it is called Red Sea. One says, when the reeds that grow on the banks decay, they give the water a clayish/reddish color. The most believed story claims Eritrea was named after Mare Erythraeum, the Latin name of Red Sea. It’s tempting to surmise it is a translation of Yam Suphr or an adaptation of Mare Erythraeum, and conclude Eritrea is named after that. I believed that theory until I discovered a different origin for the name in Greece.

The body of water south of Arabia, east of Africa, and west of India was called Mare Erythraeum. In addition, what is now the Red Sea was considered a gulf until the Sues canal was opened. I think it’s far-fetched, though convenient, to believe the colony was named Eritrea after Mare Erythreaeum… a story that is commonly accepted as a fact not a legend. And I think the Italians were inspired by another Eretria when they named their new colony Eritrea.

Eretria is a coastal town about 100 kms north of Athens across a gulf. It was an important city in ancient Greece, and it took part in the Spartan war of the Trojan horse fame. Both Romans and Persians who fought many years over it.

About 500 years BC the two forces fought an important battle over it until a storm destroyed the naval forces of the Persian Darrius. Under the command of his nephew, Darius assembled another military campaign to control the city. According to the Greek writer Herodotus, the Eretians fought a six-day battle but then the city fell because two treasonous Eretrians, who opened the city gates for the Persian army to enter and the Persian army who wanted to avenge past defeats entered the city and did what Abiy Ahmed’s troops are doing to Tigray. They destroyed Eretria, its religious places, and enslaved its people and settled in some other place. The conflict over Eritrea continued and the Romans and Macedonians fought over it. Finally, Eretrians were given a symbolic independence under the Romans.

Herodotus says the Eritreans were divided into three: one group wanted to surrender to the Persians, another group wanted to flee to the hills above Eretria, whilst the third group wanted to fight. The Greek Eretria was a walled city, with masonry walls to prevent aggressors from entering the city. But the PFDJ’s Eritrea is a walled country not to ward off enemies, but to keep Eritreans inside, in an open-air prison.

I think the Italians were remembering the Greek Eretria and not the Mare Erythreaum when they named their new colony Eritrea. The colonizers were thinking of Roman war glories in ancient Eretria of Greece when they replicated the name and baptized our country Eritrea. It’s a theory but we now have qey-bahrachin aggressors emboldened by the banner holders of the old Andenet political strain.

Did you see all the hidden Andenet sentiments come out in all its ugliness? All these people who were shaming Eritreans for carrying the symbol of Eritreanism, the blue flag, now all wrapped in Haile Selassie’s flag? What do you make of that? PFDJ Ambassadors running to the Ethiopian embassies to coordinate their sinister designs as if they didn’t waste decades alienating their own compatriots?

Did you see the clowns dancing and celebrating, salivating! Eritreans opposing Isaias and his tyrannical rule are considered their enemies, but aggressors salivating qey bahrachin are welcome. This is what I have been warning for years but still, the result is all the same—unnecessary gambling, and an invitation to more bloodshed and violence. These dummies have no clue they are exposing the region to great risks.

When I first came to the USA for a visit in the nineteen-eighties, it took me days to adjust my sleeping time and stayed up through most of the night. I spent hours watching television, endless sales shows, televangelists, and others. One preacher attracted my attention because his style was shocking. I was new to the culture and thought to myself, Americans cannot be this stupid!

My feeling about Americans was confused. I tried to justify it to myself, they are believers, they are too generous. But why on earth would I give money to someone who disrespects me? He has hypnotized the audience.

This preacher got bolder and disrespectful to his audience by the day—Americans are too afraid or too obedient to their religious leaders. He would scream, ‘I said I wanted half a million this is $100, 000 short, what is wrong with you people! C’mon, I need the $1000 pledges…go on.’ Even after getting what he wanted, he didn’t thank the givers—it was as if they owed him the money, That, was my first shocking experience in the USA.

In a way he is like Isaias Afwerki who never thanks his enablers, and they obey any of his marching orders.

knowingly or unknowingly some people think the Eritrean resources belong to the PFDJ. True, it controls everything by the power of the gun. And that gun is supposed to serve and protect the people. Members of the security forces are our children, our brothers, our friends, and elders.

And given the right support system, and common mission to reign over injustice, they need support and encouraged to work to spread security and freedom across the land. A clique of a handful of people and their selfish enablers must be stopped from fragmenting the people. If there was some semblance rule of law and democracy in Eritrea, we wouldn’t be where we are. We could have dealt with our problem under the roof of a parliament, a conscious freedom of the press, and an independent court system, with an elected executive branch. The absence of that normalcy for thirty years that created an abomination against the government despite our costly struggle and noble ideals as a nation to achieve a government that we choose. And the day to realize that is getting closer, let’s work diligently. Eritrea is exposed to risks from within and from without—no one should be missing during the heavy lifting and no one should be prevented from reaping the harvest of freedom–all citizens should are equal beneficiaries.