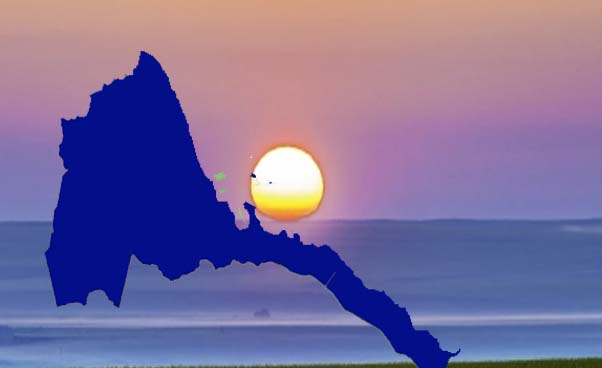 [This post by HaileTG is brought to the Frontpage from the Awate Discussion Forum.]

I understand where [the discussion is] coming from. I also know that the concerns are shared by many. However, in most instances, I try to avoid [mentioning] entities such as those who profess their inner desires on how they would like to make a meal out of us. The reason I avoid addressing them directly is because it is premature and bordering on childish to do so. If the TPLF leadership or others [have a] calculation, then they bear full responsibility for the consequences. My main concern is that [of] a civil war in Eritrea, where Eritreans turn on each other. That would entail incalculable devastation to Eritrea and its future. If on the other hand Eritreans manage to at least stay clear of violence towards each other, a chicken can dream whatever it wants. Dreams are free.

This is where the wisdom of Government in Exile (GiE), the way it proposes continuity based on a minimum common grounds kicks in. The GiE is merely a transitional body that would pave the way to whatever political path the nation will chart.

I truly believe that Isaias Afwerki (IA) is a key bottleneck in fending off the demise of Eritrea. I say this to the opposition, the PFDJ and the silent friends alike. When IA falls, it is like a dam or blocked water being released. The vast majority of the silent ones will automatically become one with the opposition’s viewpoint. The hard core PFDJ, mostly diaspora based, would either try to quietly disappear in-order to avoid being criminally litigated against, or show a foolhardy final stand. The latter would assume that they would have some base in Eritrea, that is unlikely. PFDJ ministers might be guilty by association to some degree but I don’t consider them to be the target of retribution (with the exception of few such as the two Yemanes and those in dept. 72 – aka Hagerawi Dihnet [National Security]). The vast body of these who would be fully implicated and hunted down are the the top-brass military officers who have taken advantage of the Eritrean people when we are down. The ministers are not really that much implicated. But their stupid silence and enabling has done much damage.

So, when IA, the diaspora PFDJ implants, the military leadership are once removed, the rest of Eritrea can decide to enter into a vow of healing and letting bygones be bygones. GiE, composed of mostly diaspora based ex-leaderships of both fronts and early GoE, civil society, grass-root diaspora opposition, Eritrean people at home, the armed forces and all citizens can rally around to help Eritrea get past the tight jam of transition period. If we survive it, that would be a success worthy of generational and monumental accolade. Patience is important, letting-go is important, imagining Eritrea as it should be is important.

If we are united, value each other and learn to wait and give space for diverse views and so forth, we would stand strong and those who are planning to fry us for lunch will have devastating news awaiting them. For now we’ll let them do talking the talk, but surely we will meet them when they venture for walking the walk – and mark my words – if we stand together, it will end in greater disaster than they bargained for themselves.

So, the key here is that we need to understand that the fall of IA , Idiot in Chief, is critically important. But, it will also require us to be in a maximum state of alert to ensure that it happens with the least impact as possible. We wish well to our neighbors to the south, east, west and the greater region, but we may be laying down but definitely not asleep.