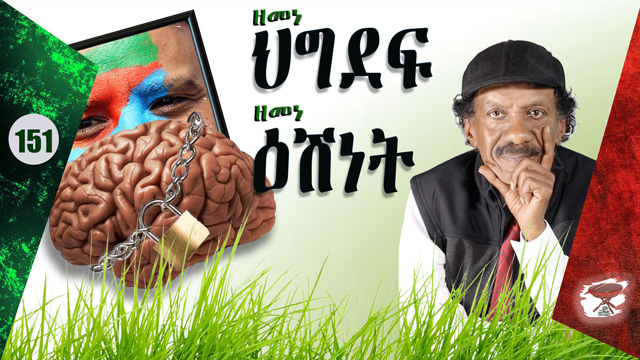 This is excerpts from my Negarit 151, a presentation of Carlo Cippola’s book, “The 5 Basic Laws of Human Stupidity.” It is based on Antonello Zanini’s series of articles about Cippola’s theory on stupidity.

In early 2000 I spend hours at Schiphol Airpot in Amesterdam, waiting for my connection flight. I bought Cippo0l’s book from the store and started reading it at the airpot and finished it on flight. Then I put it away and forgot about it.

On September 1, 2000, we launched awate.com and four days later, on September 5, I heard of Carlo Cipppola death; I fished the book out and reread it. Again, I forgot about it. But recently I remembered it when thinking about the stupid behavior of Eritrea’s leaders and wanted to talk about it; again, I had misplaced the book. I searched the Internet and found several articles on it. Then I stumbled on Antonello Zanini’s series of excellent summaries on the book. I found it helpful as a reference in my presentation.

Back home, we had several terms that described stupidity, the closest I found is Ashaa. But thet could also mean foolish, and we have other words to describe it. The dictionary says foolish is lacking judgment, while stupid is someone not endowed with intelligence. I prefer Ashaa, though we usew it’s interchangeably with Sambou (liver), or glool, wegaah (help! What does the last two words actually mean?), or huge-hearted, though big-hearted mean wise and kind in other languages.

Eritreans have many prejudices about physical characteristics: a tall person is either considered stupid or charismatic, while a short person is considered either cunning or shrewd. But is Isaias Afwerki stupid? I think so.

As stupidity is not distributed evenly, it’s difficult the number of stupid people among us, or roaming the world. Most of those you thought were smart and wise might surprise you when they expose their stupid nature. Still, it’s not correct to generalize. However, if for instance you gathered ten PFDJ-supporters, five could turn out to be stupid. What if you gather another ten of them? Could they have five stupid people among them? But if you gathered ten men and found three bald headed among them, it doesn’t follow that a different group of ten will have three bald men—they could be less or more. However, from experience, I it’s safe to assume that 50% of PFDJ supporters are stupid. And Isaias proves that.

We all know that Isaias is not into image—he is into power, the absolute one. But his shabbiness, crude behavior and insulting behavior have contaminated a large number of Eritreans who have become as stupid as him, mimicking every word he says and every action he promotes. Imagine that Isaias doesn’t benefit from all of that, but his neglect of the human aspects of governing. And his influences have created cruel operatives and supporters.

The damage from stupid people on the Eritrean society is great and I believe the best remedy is to promote sanity, good behaviors and awareness. In those who are appalled by the stupidity behave stupidly, they contribute to the powering of the vicious cycle of misery. However, stupid people do not necessarily benefit for harming the society. In fact, they might harm themselves in the process.
Finally, I want to be fair on stupid people, some are harmless, very harmless. And I will illustrate that with a joke I heard:

When her friends complained about the gasoline price hike, a woman wondered why she didn’t feel it and argued to prove them wrong. She explained, ‘I always fill up with $20 and I haven’t been asked to pay more, it has always been $20’.

I hope such people will never have the power to control the welfare of a society.
_____