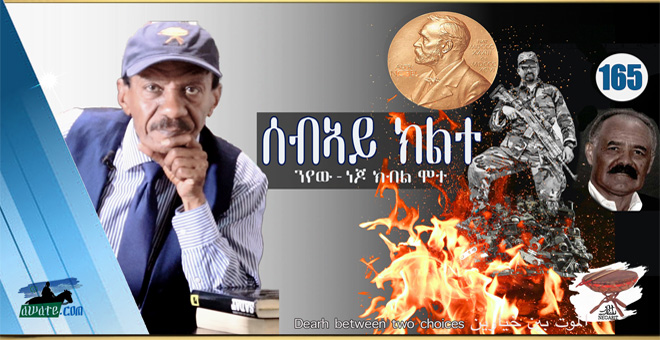 The history of WW! And WW2 is scary though what followed the wars might seem normal in comparison. But it is not better when considering what happened to the world, particularly Africa and the Middle East that have paying dearly since the WW ended—Did it end? It’s no surprise the war is still going on due to the many repercussions– since 2011 the Arab Spring, it got worse. Due to the uprising many countries have been devastated: Somalia, Mali, Syria, Afghanistan, Sudan, Yemen, Syria, Libya, Eritrea, and Ethiopia to name a few.

In 1973 the Arabs cut oil production to punish Israel and its allies and that ignited an energy a crisis. A few years later, a guy named Juhaiman Al Uteibi occupied the Kaaba claiming the Christ has come in the person of Al Gamidi, a certain Saudi man. As a result, the Islamist menace between Shias and Sunnis was unleashed. It manifested itself in the Iraq-Iran war that went on for ten-years and was followed by the Iraqi occupation of Kuwait, which in turn resulted in the stationing of Western forces in the Arab Gulf States. Consequently, that invited a reaction from the Bin Ladens who had just come out of a victory against the Soviet Union in Afghanistan. The Soviet Union disintegrated, and it caused the genocide of Bosnia, the fragmentation of Yugoslavia and Czechoslovakia and other crisis. A decade later it was crowned by the incident of 911.

In 1991, Eritrea and Ethiopia had ended their armed struggle and came out victorious over the Derg. Somalia entered a chaotic civil war led by warlords… it’s still in chaos. Somaliland became a de facto separate country. The new decade after the devastating Baddme. Twelve years of Chaos and no war no peace situation continued. For the first time I am beginning to believe in conspiracy theories. What’s in store for our region?

Peace to End All Peace

A book entitled, A Peace to End All Peace explains the WW1 and its aftermath. Indeed, the war ended but instead it heralded no peace though there was a relative peace.

The main warring sides were Russia, UK, France, and Ottoman Turkey, (including Germany and Austria-Hungary though USA, and Turkey (and to an extent, the USA and Japan). Britain which occupied half the world, including Anglo-Egyptian Sudan, Transjordan, Iraq, the Arab Gulf, and the Indian Subcontinent (India, Pakistan, Bangladesh), wanted a corridor from the Mediterranean to through the Persian Gulf further and to its colonies in India and the far East. Its interest was managed by its façade the British East India Company.

The Ottomans had vast territories extending from Eastern Europe to the Red Sea coasts of Egypt, present Eritrea, Sudan, and in the western coast, Yemen, and Hejaz, present Saudi Arabia, which was ruled by the Hashemite kings under Ottomans who also ruled almost all North African coasts. France occupied most of Saharan Africa, Lebanon, and Syria. And the Russians wanted a chunk of the Ottoman territories. The main reason of the war was focused on the inheritance of the territories left behind by “The Sick man of Europe”, the Ottoman empire. Thus, the killing of Archduke Franz Ferdinand, the heir to the Austrian throne, in Sarajevo provided a reason to ignite the war that all European powers were preparing for.  At the end of the war, Turkey was drastically downsized to a minuscule area compared to the vast territories it controlled before the war.

The European powers treated the countries like a piece cake and reshuffled the old map and boundaries and established the already colonized regions into states as we know them today. In recent years, it seems the powers of the world are planning to reshuffle the states and recreate them.

And what are the people of the Horn of Africa and their illegitimate and semi-legitimate leaders doing? They are waiting like sitting ducks, absent from the deliberation going on about the future of their countries. They are overwhelmed with fear of a bread revolution and racing to befriend Russia that controls a huge supply of wheat, the bread.

It’s common knowledge that Russia and Ukraine supplied large amounts of the wheat that Africa depends on, but I had no idea it was so high until a report that come out recently. For instance, Ukrainian wheat covers about 75% of Sudan’s supply (Sudan is supposed to be the beard basket of Africa but it could hardly feed itself). Eritrea, the so-claimed self-sufficient country depends on Russian and Ukrainian wheat for about 35% of its needs. However, it’s common knowledge that a chunk of Eritrea’s needs is supplemented by smuggling from Sudan.

Yet, the governments are yielding to all kind of pressures and blackmailing to appease the food and cash suppliers. And in the process, they are killing their people and pushing out the youth to decrease the consumption of food and other resources. They push out as much as they can and condemn the rest of the population to an open-air prison known as a sovereign nation. It’s the best remedy because it leaves the people no alternative but to accept the humiliation and dependency. Worse, instead of focusing on food independency, they chase phantom grandeur that they think can be achieved by killing women and children and disrupting the life of farmers who are supposed to produce food—citizens are valueless as far as the irresponsible regimes are concerned.

You saw how Europe and the West are determined to save Ukrainians and you have seen all the racist remarks they make comparing the civilized Ukrainians as opposed to African and Middle Eastern refugees. Do we blame them? Not for everything, the bigger blame should go to the empty-skirt leaders of Africa.

A video clip shot in the Wello region a few months ago, Abiy, the Ethiopian prime minister announced he will personally lead the war and boasted with so much bravado and machoism. He put on ironed military fatigues and went to the silent war front where he whisperingly asked a commander how many soldiers he lost. The commander replied, about ten-thousand soldiers.  Abiy just nodded with no expression of sadness or remorse on his face. If that is how a leader values human life, why should people be surprised when racists give the lives of people in the deprived regions zero value? And the many who cheered for wars and who get high counting bodies and are entertained by looking at gruesome scenes of their compatriots, where supposedly religious people act like pillaging army commanders, should feel ashamed.

If people tolerate the devaluation of their lives in their own countries, they should expect nothing less than what is happening to them and their region. Those who called for the wars should now rejoice, they are witnessing the harvest of what they sawed.

I have always urged Ethiopians to stop eying territories that are not theirs. Coveting the Eritrean Red Sea was an old Amhara obsession, but now the Tigrayans are inheriting that obsession. What if there is a solution to that madness?

There is a famous Eritrean saying, a man with two wives, will be torn apart and die going back and forth between the two. Ethiopians should stop eying territories that are no theirs. How about bartering? What if Eritrea gets a free hand on the Abay and other rivers of Ethiopia? No worries there. Eritreans, particularly Sawa military camp conscripts know how to make Ethiopian rivers flow downhill towards the dry region of Eritrea. In return, Ethiopians can have unhindered access to the Red Sea, even clients, far and near are welcome. Also, the loud Ethiopians need to tone down, Eritreans are not fond of drinking seawater, and cannot finish it even if they did. Access? Eritrea appreciates any customer who gives it the opportunity to serve them on the Red Sea. But don’t think of getting married to your country and at the same time to Eritrean territories.

It’s disappointing to hear a Tigrayan professor who went all jingoist on the Red Sea to tickle the raw nerves of the common people. Worse, I heard he was raised in Asmara! If that is true, it would have been easier for him to claim part of the international waters, big chunks of unclaimed portion there. What a waste!