Home / Articles / A Celebration with a Different Flavour! 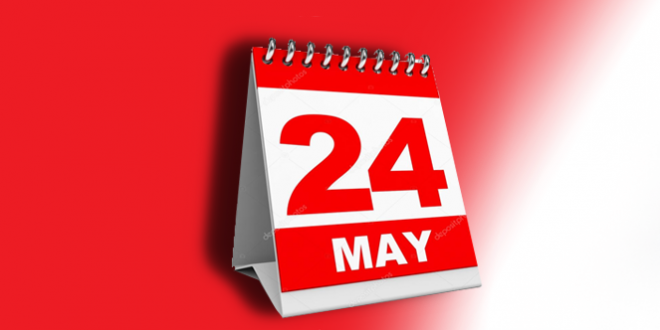 May the 24th is a day of celebration and great pride for all Eritreans all over the world. The celebration is well deserved and fittingly earned. It came after a lengthy, painful and costly sacrifice by every segment of the Eritrean society. No segment alone can take credit for the accomplishment of the day of independence; neither the founders nor those who secured the final victory. The struggle for the independence was like a marathon race, where a group of runners take turns from the start to the finish line. The final victory belongs to all of them, they all made it happen. Every Eritrean, except for those who collaborated with the oppressors, had a share in the sacrifices made for gaining independence. Some gave more, some gave less. Those who gave their lives made the highest sacrifice and left behind memorable legacy and history. Mothers who lost their loved ones and experienced unsurmountable grief, orphans who lost their parents and lived a life of loneliness and abandonment, youth who lost opportunities to better shape their future and every Eritrean who was deprived of their right to live in peace and dignity, they all sacrificed.

All Eritrean deserves congratulation on this day for their sacrifice, perseverance, courage and firm stand for their rights.

As part of the annual celebration of the day of independence, a sort of celebration “ritual” has been established over the past many years. This ritual typically has 3 components:

Keeping alive the memory of the great sacrifices made is essential in creating generational awareness of the heavy price paid to gain independence and to maintain a sense of national pride and common purpose. Further, assessment of the post-independence challenges and accomplishments is necessary to build on strengths, remedy weaknesses and realign future directions.

“Rituals” have the advantage of creating consistency and setting expectations, but they also have the disadvantage of becoming monotonous and disconnected from their end goals and objectives. Accordingly, it is imperative to re-evaluate rituals to ensure they maintain their values and their purposes. As this year’s celebrations are underway, perhaps it is time for Eritreans to take a different approach in celebrating this year’s day of independence. To that end, the following two elements are worth considering.

1) Revisiting the objective of the struggle:

It is human nature to forget or to be side-tracked. As time passes the gap between the founding core objectives and the realities on the ground starts to widen. This widening gap could lead to what Martin Luther King, JR. referred to as “Schizophrenic personality”, “torn between selves” a self that “proudly professed” noble objectives and a self that “practiced the antithesis” of these objectives. Anniversaries are prime occasions for reconnecting the present to the past and revisiting goals and objectives.

A key element of Independence Day celebration should be revisiting the objectives of the Eritrean struggle and the assessment of the current state of affairs within the framework of those objectives. The best place to start with would obviously be the examination of the objectives of the struggle as stated by the founding fathers and mothers; as well, the general public sentiments expressed in poems, songs, and spontaneous expressions. Through this examination, the following four objectives come as the most discernible:

Abdulkader Kebire articulated the value of dignity when he said in a letter he sent to a friend: “living one year with dignity is better than living one thousand years with humiliation”. Woldeab Woldemariam also highlighted the value of freedom when he noted: “People without freedom and liberty are considered as having no country at all”. Ibrahim Sultan unequivocally expressed the rejection of Eritreans of any subjugation “no matter what type it would be, whatever form it takes, or from which direction it comes”. Ibrahim Toteel, a veteran of the Eritrean struggle, beautifully articulated in a poem he wrote in Arabic the popular aspiration for a new dawn when he said*:

The laborer said: I have been living too long {under oppression}

The Shepard said: dear mother, I have been living too long under humility

The Farmer said: dear father, I have been living too long under servitude

They all said: let us go, let us go and search for a new dawn!

Following the liberation of Asmara, a jubilant mother articulated what independence meant for her and others when she said in Tigrinya: “Dehri Hiji meriet Adna Kem Delayna kin regsto ina”, “from now and on, we shall walk on the land of our country as we wish {freely}!”

At a more practical level, perhaps the best place to start this assessment would be to look at the prison system in Eritrea and how a prisoner is treated. The success of a nation is measured not by its high rise buildings or its mega projects, but first and foremost by how it treats its citizens and particularly prison inmates who are the most susceptible to abuse and mistreatment. A prison gives a good synopsis of how dignified and well treated a citizen is. Some of the key question to ask in this regard:

These questions, if they are fairly addressed, they can clearly tell how far or close Eritrea of today is to the objectives of the struggle. I leave it to the reader to come to their own conclusions, but I appeal to them to take off their partisan and factional hats and think objectively and on points of principle.

2) Taking responsibility for own failures:

As part of the official celebration of independence, it has been a cliché to talk about the conspiracies constructed by the enemies of Eritrea. These conspiracies are many, but the one that is consistently mentioned is “Wayne” conspiracy. Conspiracies are not new, they are part of life. Rivals and competitors in their efforts to gain the upper hand they conspire and collide. It is unfortunate, but that is part of the global political maneuvers. The impact of conspiracy on a given nation will depend on the nation’s internal state of affairs. If a nation has its house in order, conspiracy will be the least of its worries. But if a nation is internally insecure, it will be an easy target for conspirators. The remedy for conspiracy comes from within, not from outside. When a nation is at peace within itself and no segment of its citizens is alienated, every conspiracy will die before it’s born.

Many totalitarian nations today blame their neighboring countries for conspiring against them and hosting opposition groups. But the fact remains, if these nations had a more open political system, where the opposition can legally participate in the political discourse, there will be less room for external conspiracy and interference. The reality is that conspiracy gains grounds when it finds an internal incongruity.

Perhaps it is time for Eritreans to look first inwards before looking outwards. Some of the questions that honestly need to be asked:

Taking responsibility for own failure, admitting mistakes is key to a new direction and future progress. Looking for scapegoats or justifying failures or magnifying minor accomplishments is not only detrimental, but it is a path to perpetual stagnation and strife. The renowned Arabic poet, Al-Mutanabee once said: “We fault our time, but the fault is within us and our time has no fault other than us”!

With us or against us!

George Bush’s one-dimensional view of the world: “You are with us or against us” was an ill-conceived, polarizing and antagonistic view. It is a view that closes avenues for finding middle grounds and establishing positive dialogues. It is unfortunate that some of the political discourses on Eritrean national issues occasionally takes this one-dimensional line –with us or against us. With this perspective, the outcome of any discourse will be a forgone partisan based conclusion.

It is time that Eritrean discourses at every level be on basis of founding principles and objectives. The primary loyalty should be to these principles, not to parties or leaders or factions. Within this frame of understanding, a much objective and more factual conclusions can be reached.

It is my sense that the gap between the objectives of the Eritrean struggle and the realities on the ground has grown exponentially. This growing gap needs to be acknowledged and full responsibility is taken for causing it in the first place and rectifying it now. Beyond the “rituals” of celebration, the best way to celebrate the Independence Day and to honor the legacy of the martyrs is to be truthful to the noble objectives of the struggle and to ensure Eritrea remains the land of dignity, freedom, equality, and justice.

* These words were turned into a popular song by the renowned Eritrean singer Hussien Mohamed Ali, the song is commonly known in Arabic as:واعلناها ثورة في الواحد والستينا !

Ismael Al-Mukhtar is a scholar, a mentor, and and Eritrean writer. He lives in Canada
Previous Negarit Episode 2: Yemen Under Fire
Next If You Shall Do Wicked Things, Don’t Brag About It