An Open Letter To The Israeli Embassy

Posted on July 5, 2014 by Dr. Bereket Habteselasse in Articles 12 Comments 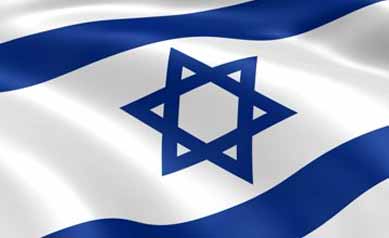 An Open letter to H.E. Mr. Ron Dermer,
Ambassador of Israel to the United States of America
Embassy of Israel, Washington D.C.

I am writing on behalf of thousands of Eritreans who are in Israel in conditions that raise serious concerns of human rights and humanitarian issues. They have been corralled and placed in mass detention camps in the Negev desert by the government of Israel. Recently, they broke out of the camp in protest, in a desperate effort to tell the world about their conditions. Who are these people, and why have they been treated in a manner unworthy of Israel? They are refugees forced out of their beloved homeland because of repression and conditions of forced labor practiced by the government of Eritrea. The repression and conditions of forced labor have been condemned by the United Nations whose Council on Human Rights recently appointed a Commission of Inquiry to investigate Eritrea’s egregious human rights violations.

These young people are not economic refugees in search of work in Israel but victims of an intolerable condition of life that left them no alternative but to flee. They find themselves in Israel because Israel is, like Egypt and Libya, a gateway to their ultimate destination—Europe (and America). In this hazardous journey, these people have passed through hell; some have survived a cruel fate, including torture at the hands of human traffickers and human organ harvesters. They chose Israel as a safer alternative gateway, only to end up warehoused like cattle in detention camps. And the entire world has seen scenes of Israeli security forces mistreating them when they organized a protest march having broken out of the detention camp. Such treatments serve neither the end of justice nor Israel’s security imperative.

In view of the conditions that forced these refugees out of their homes—en route to Europe—and given the limit of Israel’s capacity to absorb them, surely the sensible way to handle the problem is for Israel to take the initiative to help launch an international strategy to resettle them elsewhere in the world. I appeal to you, in the name of justice and of the founding values of democracy and humanity on which we hear Israel was created, to urge your government to do everything in their power to find ways of resettling these refugees elsewhere. In the meantime, it behooves the Israeli government to make sure that these refugees are treated humanely. I recently heard you being interviewed by a prominent American newsman, and was impressed by the eloquence with which you presented Israel’s case regarding some current security issues in the region. Whether I agree with you or not is beside the point; the point is the clarity and coherence with you which you stated your case. On the same occasion, Mr. Shimon Perez, the former President of Israel, was interviewed by the same newsman. In one of his remarks, Mr. Perez said that being Jewish (and Israeli) is synonymous with being democrat. I am paraphrasing his remark, but in essence it said categorically that Israel is a democratic and humane nation because its Jewish population is made up of men and women who embrace democratic and humane values. He seemed to say that this is in their DNA; and that was what prompted me to write this open letter.

It may also be of interest to add a couple of points. First of all, I am an American citizen of Eritrean origin who is now an academic having worked as a high-ranking government official in the administration of justice, in Ethiopia. Moreover, I have been in Israel; the first and last time I was in Israel was as a young lawyer who had the rare opportunity of attending the Eichmann trial, an experience that enabled me to gain a unique insight into the “Jewish Question” in European and world history. I heard the stories of many Holocaust survivors relate their horrendous experience; as some broke down, Gideon Hausner, the Attorney General, broke down with them, and was admonished by Judge Landau who told him to compose himself. It was a moving experience that is indelible in the mind and inevitably colors one’s view on things. Mind you, that unique experience also often raised in my mind questions concerning Israeli government policy and actions with respect to Palestinian rights. Such questions were revived in my mind as I heard President Perez speak about the democratic and humane values that he said animate Israel’s governance. Surely, those democratic and humane values should operate to govern the treatment of these unfortunate souls. Again, I appeal to you to urge your government to find a satisfactory solution to the plight of the Eritrea refugees. It is not my place to tell you as to what should exactly be done beyond what I suggested above, in general terms.

In conclusion, need I remind you of two prohibitions by international norms that must be observed with utmost care. One is that the refugees should not be subjected to any form of harsh treatment by anybody. After all, most of them left their homelands to escape harsh treatment. The second prohibition is against the forcible repatriation of refugees to their country of origin. No one should be sent back against his or her will. As you know, this is one of the most critical questions on which all civilized behavior is judged. I hope and trust that Israel will not repatriate any refugee against his or will. History and God will be your judge.