Absence Of Class Is Filled By Something Lower 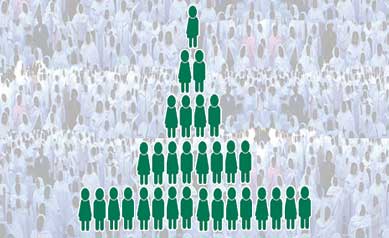 The following was posted on Awate Forum by Burbank, commenter. In following this website’s goal of advancing intelligent debates, we hope it will encourage debates on important issues. Awatestaff

I was glad to read Daniel’s “If You Love Your Country, Reform It” on a Saturday morning.

Unfortunately, it is with regret that I share my opinion about the article which is one of those pieces that are written every day to sway the opinion of those who do not read critically. While the message seems simple and clear, whether it is right or widely-accepted, as the author claimed, or not, I believe it unnecessarily touched a lot of big controversial political and philosophical concepts which are: A) irrelevant to his thesis, and B) don’t seem logically structured to make the conclusion which by itself is, in my opinion, manipulative. Besides he abandoned those concepts half stream in apparently trying to rush his article to the finish line.

First here is the manipulative nature of the conclusion: The author argues that the only solution to Eritrea’s problem is reforming it within. This is an idea as good as it can get even though one can strongly accept or reject it. No problem there. The manipulation comes with what is attached to it. The author bars any other alternatives as emanating from not loving one’s country or an act of burning it. With that attachment, one can sees that the author’s heart lies more to his detest, to the alternative idea and the group that, in his analysis and views, propels that alternative than the reform he seems to argue in favor of.

Now let me back up my own assertions.

Rights: Why would the author even wanted to go to this very broad and controversial concepts just to drop it in our laps as follows: “Therefore, for the sake of this article let’s address the issues facing Eritrea as individual citizens of a country and not as members of any social or political sub-groups that are after all, setup to do the things that individuals cannot do all on their own.”

I cannot understand why the author did but guess that it looks like there are social/political groups that are proponents of the need organize regionally to effect change in Eritrea and that he is here trying to disprove their association by arguing that it is individual responsibility and their rights that matter more than their group aspirations. If that is the case it didn’t go well.

Here is a point for author to research:

Groups are not a mere collection of individuals. Groups, depending their scope, nature of bonding and the conditions that created them, are more dynamic and don’t dissolve with an intense bombings let alone a piece of article. Those political grouping which “think-thanks” like yourself call “regional” and “sub national” have social, economic and political grievances that makes their existence a necessity. Don’t condemn or condone but try to understand the root-causes. Condemning naked regionalism is another form of regionalism under the guise of nationalism.

Case study: There are no ethnocentric people more than the Amhara people, and they loved Ethiopia because they had all the interest (very broad statement). However, they fiercely oppose and detest other ethnic groups when they try to be themselves and think for their own interest because that reduces them as a simple group with a disadvantage of controlling a state power at the Ethiopian level.

One more point: Wherever, there is no class, something lower fills the gap for human needs of creating a group to promote, protect, and fight for their interest.

2) Unsubstantiated assertions:  “For the most part, most Eritreans have rejected the idea of interference by outside forces and the idea of Eritreans solving their own problems by focusing on change from inside the country is now accepted widely.”

How did the author arrive at such a bold assertion? Where are the statistics?

But here is a point for the author to ponder on. Blanket ascription to something being popular where the people have not voted freely or polled, is unreal and it is as good as the group-thinking you abhorred in your article. One more example: the overwhelming majority of the Ethiopian people never supported (no poll taken but judging from the rallies that used to take place) wanted the TPLF (Woyane) to topple the Derg, let alone talk about bringing Democracy.

3) “We cannot afford for our genuine desire for democratic change to be hijacked by short-sighted sectarian Wing Nuts – no [matter] which corner of the political spectrum they claim to represent.”

Really? Why condemn very quick! How sure is the author, judging by the tone and implied message of the article, he himself is not going to be viewed by others as “Wing Nuts”?

4) “But more importantly, the Ethiopians have absolutely no right to illegally invade the Eritrean land or airspace. If the recent story has any merit, it should be denounced without ifs and or buts.”

It looks to me for someone to be politically relevant and make a statement like the above, which a citizen of any country in the world with no possibility of stumbling will make, (it is that much common) need to have a little power in his hand. Politically, no one can stop the Ethiopians from attacking the Eritreans because the regime is creating the justification. Does the author have control over what the Eritrean regime does to Ethiopia, to fully condemn Ethiopia? If you do, count me in to support you. If you don’t why make such obvious statement?

But one can only guess why, by reading between the lines: The author belongs to a small fringe in Eritrea who want, wish, and write for the removal of the upper ruling clique only and with no radical change that can shake up the class dynamism, interest, and structure of the status quo. For that, he is exploiting the nationalistic feeling by employing issues of sovereignty. He is neither the first not the last to do that.