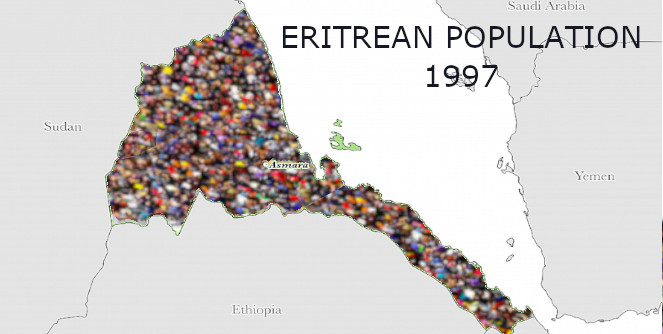 The following, with a link to the actual data, was first published in April 28, 2005

Dictatorships fear information and they take great measures to hide it, censor it and disfigure it.  They control the media; they arrest or banish journalists; they spy on citizens; they expel foreigners; they bug telephone lines; they read citizens’ e-mails.  In short, they create and feed on a siege mentality—imposing declared or undeclared “national security,” “anti-sedition”, and “state of emergency” proclamations without deadlines and a review process.   Having completely monopolized information, they draw and redraw the same picture: an image of a nation that, notwithstanding the assault by domestic and foreign enemies, is continuously registering impressive developments.  Those who state that this claim is at great odds with reality are either under arrest or dead and therefore effectively muzzled.  If alive, they—from the dictatorship’s standpoint–merely serve to reinforce the dictatorship’s claim that it is, indeed, under assault by foreigners and their mercenaries.  Witness the recent character assassination of the journalist Solomon Abera (not the first, nor the last) whose expose of the bankruptcy of PFDJ was used by PFDJ as further evidence that there are enemies in the midst.   And the vicious cycle of darkness goes on.

Even by the standards of dictatorships, the PFDJ has a medieval outlook towards information.  It was, for example, the last nation in Africa to allow its citizens to use the Internet and the cell phone. (The cell phones are now being used by the conscript-age youth of Eritrea as a CB radio to alert one another which neighborhoods to avoid because the gffa MPs are there.  This has resulted in a government “counter espionage” of jamming the phones.) Eritrea is the only nation in the world that has no private press, period.  It jams opposition radio broadcasts.  It stations spies at Internet cafes who helpfully suggest which “Fifth Columnist” websites to avoid.

From the mundane to the sublime, all its processes are cloaked in secrecy. To the extent that information is shared, it is only to advertise the alleged “success” of a government program built by the slave labor of the youth.   Its purpose is not to inform but to sell: sell buildings, sell bonds, sell tourism, sell an image.   Even the so-called “Discover Eritrea” farce that is serialized in government and pro-government websites is nothing but a travelogue that tells us little of Eritrea’s land and people and much about the government’s “achievements.”  When the PFDJ does allow ordinary citizens to help their compatriots “discover” Eritrea, it is in the production of coffee-table books:  Art Deco buildings of Eritrea and pre-historic artifacts of Metera and Adulis.

Due to the government’s obsession with control and information monopoly, Eritrea’s history has become a series of “Cliff Notes”—one paragraph summaries of important events.  Here are some examples:

The answer, we believe, is that Eritreans are not stakeholders in the affairs of their nation.  For most people, including those who pretend to know the “people’s agenda” and the “final and binding” nature of the verdict, Eritrea is just an abstract concept: a land.  They have been bamboozled by the PFDJ, whose low opinion of the people is expressed daily and whose head told Eritrean students in South Africa that he will just relocate Eritreans who have lost their land.   Many of our well-wishing compatriots do not know how many Eritreans there are, where they live, how they live, and what their priorities are.

It is no wonder that those who are the closest to the people, those who know the land and the people intimately, those who know how many Eritreans will be displaced, how much land will be lost in the “final and binding” verdict are proposing solutions that take into account the needs of Eritrea the Land and Eritrea the Citizen.   This is what is meant by “Dialogue”: to consider the needs of the citizen and incorporate a solution within the confines of the delimitation decision.   This is the task of mature politics and we would be remiss not to mention the Eritrean People’s Movement (EPM) the first political party in Eritrea that first expressed this view, which has now been adapted, to a large extent, by the Eritrean Democratic Alliance (EDA), the opposition umbrella group.

You, our reader, may not reach the same conclusion we have.  But you are entitled to more information than you have been given and it is in this spirit that this population detail is being shared. The information was compiled in 1997 by Eritrea’s Ministry of Local government back when Mahmoud Sheriffo was laying the groundwork for what he and the G-15 believed would happen next: a ratified constitution and multi-party elections that would give Eritrea what its martyrs gave their lives for: a land and a people governed by people they chose.  This structure was the foundation for the Electoral Laws as well as Draft Laws on Parties and Political Organizations.

Now, this structure, which replaced the former provincial system, has been changed yet again: this time with “command zones” and “military desks” superimposed over the “Zoba” and the “sub-zobas.”  The draft electoral and party formation laws have been frozen and, with them, the elections that were supposed to return power to the people.

The information that we are publishing here contradicts virtually every census report that has been published by authoritative sources: GOs and NGOs.  We believe it will provide you with new insights on the percentage of Eritreans who have been enlisted; the scope of Eritrea’s militarization given its population size; the staggering percentage of Eritreans living in hand-outs; the percentage that have been displaced and the proportion of the Diaspora community.   This free flow of information will also provide vital data for academicians and activists who are invited to analyze the information and share with all Eritreans their findings.   This is a meaningful and factual way to “Discover Eritrea.”

Because our purpose was to present you a faithful (but more readable) reproduction of the original report, occasionally we have retained the nomenclature used by the PFDJ.  This does not mean we agree with the decision to rename, for example, Denakalia  “Debubawi Keyih Bahri.”  Far from it, we believe this violates the traditions and identity of Eritreans.  This is offensive to all Eritreans—“Debub,” for example, is no longer an adjective but a proper noun.  To non-Tigrigna speakers, there is the added violation of not only changing their identity by re-naming their land of origin, but “Tigrinasizing” it as well.   If unity-in-diversity is more than a slogan, we need to be sensitive to these issues instead of dismissing all claims as “divisive” and “diversionary.”   Those who bemoan the loss of the traditional provincial system now have sufficient data to update their maps using the data provided here.

We dedicate this report to two groups of people: (1) the G-15, particularly Mahmoud Sherifo, who, despite the overwhelming culture of secrecy and control of the PFDJ enabled us to get a glimpse into a portrait of Eritrea and (2) the thousands of Eritreans who reside in the border villages of Eritrea who are about to be displaced from their ancestral homes without a word of protest or sympathy from their compatriots.

How did you get this information?

Eritrean patriots who believe that the Eritrean people should have the information provided it to us. Given the prevailing situation in Eritrea, we cannot say anything further about the subject.

Are you sure about the authenticity of the data?

We are very confident that the information is not a forgery. The level of detail and the volume is such that it practically rules out any probability of it being a forgery.

Are you sure about the completeness of the data?

Yes, we are. There are insignificantly few fields that are incomplete but the overall data is comprehensive and accurate.

What is included in the population database and what are you publishing?

The population database includes information broken down by “zoba”, administrative offices, and clusters of villages, hamlets and city neighborhoods. The entire database is being published. For context, we are also including Eritrea’s 1952 population as well an estimate of the 1997 Diaspora population. We are also including a statistical graph summary for ease of reading.

Why are you publishing this population database? Do you have a political objective? What do you hope to accomplish?

This information belongs to the Eritrean people and it should be shared with them. We are certain that the PFDJ regime and its supporters will find some reason to justify why this information should be a “secret” but we see no reason why it should not be published. Eritrea is one of the few nations in the world, if not the only one, that has no published information on the census of its population.

Using this data as a baseline, we expect Eritrean academicians and professionals, particularly historians and social scientists, to conduct further studies and share them with their compatriots. A fact-based study is a good substitute for the wild speculation that goes on now on matters pertaining to political issues like demographic changes and land settlements. It also places in context the percentage of Eritreans now living on handouts, the percentage that have been dislocated and the relative size of the Diaspora community. One more reason: the specific mention of villages and hamlets will inform those who don’t know, or don’t wish to know, the size of the land that we have lost as a result of the EEBC ruling and the number of Eritrean people that will be displaced from their ancestral homes as a result. The people are entitled to know that.

Is this a political position?

Yes. But so is the position that says we should not disclose any information and that we should be content to stay ignorant twelve years after Eritrea’s independence. Informed people are inspired and emboldened; those who live in ignorance are frightened and confused.

When will this database be published?