Posted on September 5, 2016 by Fanti Ghana in Articles 108 Comments 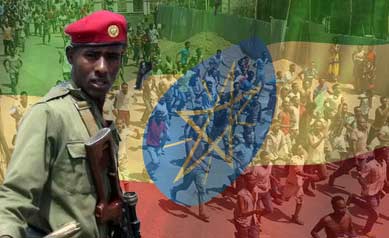 It has been over a year since the widespread public unrest erupted in the Oromia state of Ethiopia. This year, the simmering conflict between the Amara and Tigrai regions over parts of Welkait also erupted. While the Ethiopian government is now facing the two problems, Ethiopians and others are engaged in serious (and heated) debates over at awate forum. Many insightful analysis of the situation, and brilliant ideas on how the crisis should be addressed or resolved were posted on the Awate Forum; today, we are presenting to you one such comment by Fanti Ghana.

This may be surprising but there is no Wolkait identity issue raised by Wolkait let alone fight about it. Their identity question was addressed and settled 25 years ago. However, there was and still is a farmland issue raised by their immediate cousins and neighbors in Amhara Kilil, which started many years ago. The talks were interrupted by the war with Eritrea and it never was addressed since. In either case, regardless of who raised the Wolkait question, the Federal government has ordered the Tigray and Amhara kilil administrators to address and solve the Wolkait identity and Tsegede farm land question according to the laws already in place that were designed to address these very issues. Luckily, that law predates this problem.

Equating the rejection of the so called “Master Plan” by Oromia with shortcomings of ethnic federalism [EF] is a mistake. The Oromos had already raised a much more complex question years before that already. Like all Ethiopian Ethnicities of the time, including Amhara, under EPRP umbrella, had already raised arms to fight injustices related to ethnic based discrimination including with the possibility of seceding from Ethiopia in the non-Amhara’s case. If nothing else, I believe EF saved Ethiopia and not the other way around. Even EPRP which eventually, through some rough roads, became the ANDM we know today, had “ethnic equality” as one of its core principles. So, it is safe to say that all Ethiopians of the time struggled for “ethnic equality” among other issues. Whether EF has overlived its usefulness is a different matter, but let’s not condemn it for behaviors it did not create.

It is a mix bag of sorts but here is my combined response from what I have learned in the last few days:

As tempting as it is, it is very important that we distinguish between what some of us want, what the majority of Ethiopians want, and what is workable. To speak for myself, nothing would make me happier than to see a borderless and ethnic-blind Ethiopia before I die. But there are too many signs that show we are not ready yet. The nation as a whole is not ready for it. We will get there someday soon for sure, but not yet.

As an example, out of the 3,000 representative Ethiopian youngsters PMHD talked with last week, not even one soul raised EF-related question whatsoever. Whether that is a sign of acceptance of the status quo or a sign of its presence or absence is immaterial to this generation is open to interpretation but, in either case, it doesn’t seem to bother the youth. Except those representing the opposition who demanded for the release of their “political prisoners,” most of the questions were about youth unemployment and similar issues.

What EPRDF and the rest of us must fight for:

I had many more things to say, but I must stop. I will live you with a very short but to the point speech by a young lady I was impressed with. It was a bitter sweet for me because she doesn’t seem to like ‘Weyane” but I loved her message to all of us wholeheartedly.