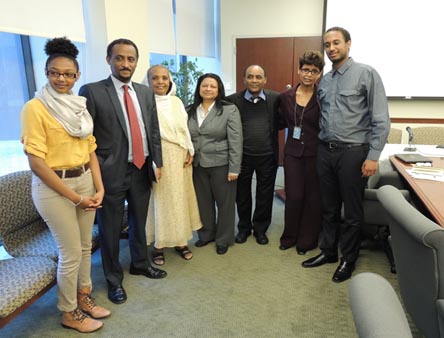 Saleh Younis (SAAY) has been writing about Eritrea since 1994 when he published "Eritrean Exponent", a quarterly print journal. His writing has been published in several media outlets including Dehai, Eritrean Studies Review, Visafric, Asmarino and, of course, Awate where his column has appeared since the launch of the website in 2000. Focusing on political, economic, educational policies, he approaches his writing from the perspective of the individual citizens' civil liberties and how collectivist governments and overbearing organizations trample all over it in pursuit of their interests. SAAY is the president and CEO of a college with a focus in sound arts and video games and his writing often veers to music critique. He has an MBA from Golden Gate University and a BA from St Mary's College.
Previous Special Rapporteur, Eritreans Address Root Cause of Their Exodus
Next A Mercenary Army: Isaias Afwerki’s Last Stand