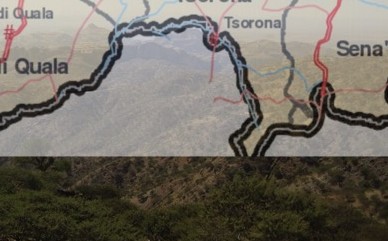 Yet Another Eritrea-Ethiopia Military Clash

Multiple sources have reported that there was a military clash between Eritrea and Ethiopia along their common border.

The clash occurred shortly after midnight on Sunday morning and each side appears to be calling up re-enforcement.

There has been confirmation of the clash from both governments.  The Ethiopian government blamed the Eritrean government for instigating the conflict to “distract attention” from the UN finding that its officials committed crimes against humanity.

Meanwhile, the Government of Eritrea issued a press release blaming the Ethiopian government for “unleashing” the attack.

It is unusual for the Government of Eritrea to discuss military clashes–it had not disclosed previous Ethiopian forays into Eritrea, notably in 2012.

It is not clear whether this disclosure is the outcome of the government’s new media approach to engage the West or whether it wants to emphasize to the world, particularly the Human Rights Council, that the conflict with Ethiopia is ongoing and the international community’s failure to enforce demarcation is the source of all the human rights violations the Commission of Inquiry cited.

The trigger of the military clash is unknown and there are no reports of casualties.