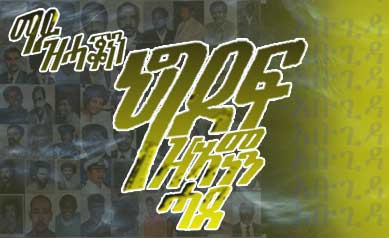 An Eritrean devoted eleven pages and over 7,000 words on a 2010 article that appeared on Asmarino. The author bemoans the lack of diaspora born Eritreans’ mastery of their “mother tongue”. He cites wads of embarrassing anecdotes to support what he called diaspora crisis in the mother tongue. The article gets into trouble from its onset because the author mendaciously assumes that Tigrinya is the mother tongue of Eritreans born in diaspora to Tigrinya speaking parents. It is not. One’s mother tongue is not the language that his mother spoke when the child was born, it is the language that the child spoke when growing up, but it is not the goal of this piece to rebut every argument that the said article has made six years ago. Instead my goal is to initiate the discussion about the real crisis that the Tigrinya language is facing at the tongues of its native speakers, the onslaught of the shallowing, the hyper desire to destroy it with what seems to be an anguished need for “coolness”.

Do not get me wrong; languages change, languages borrow, languages infuse and languages loan to others. Take English, it started as small Germanic dialect and now about 400 million speak it, most of them naively. The American travel writer, Bill Bryson quoting an eminent Oxford scholar calls English one of the great growth industries (The Mother Tongue English and how it got that way). Thirty years ago there were more English students in China than there were people in the United State of America. Yet, it is hard to believe that this rich language, the language that has become the common tongue has originated from a local Germanic dialect when people crossed the North Sea to Britain displacing the local Celtics. Languages change when tribes are swallowed and or assimilated. This is a big subject beyond the scope of this article. Unlike the author of the above mentioned article who agonizes about the diaspora born children’s lack of fluency in their parent’s mother tongue, my angst is about how Tigrinya is being treated by its own speakers and custodians in what I call an anguished desire for coolness (Harrif). My friend Saleh Younis has written and commented prolifically about the shallowing of the language by literalism. The Language of Authoritarians, No Problem Any Time are among the memorable articles. In them, Saleh vivisects the corruption of the mother tongue under literalism. Yosief Ghebrihewt in his controversial treaties of de-Romanticizing Ghedli, rightly or wrongly, has asserted that Eritreans and their armed struggle were hell-bent on creating a brand new identity. I will argue that Tigrinya is changing and it is getting shallower as its speakers are aguishly searching for a “sexier”, more “modern”, more hip language and its rapid change is not due to the natural phenomenon that other languages like English has undergone as part of the process that humanity has undergone. One evidence of the torment of search of a hip language can be found in the quest of Amharic by most people born after independence, who were never exposed to language.

All the anguished desire to abandon Tigrinya did not start with PFDJ, it did not even start with the advent of the armed struggle, when the kids in Ghedli wanted to cut the umbilical cord that connected them to the “Feudal gebar”, but it all started with what I call the “fare bagno/doccia” phenomena. Eritreans never used to take a shower, they used to wash their bodies, so literalism started way before Ghedli, when just like their search for the cool, the hip, just like they dropped the names such as Mehari and Mihret and Weletebrhan in favor of Henos, Helen and Esrom, they ditched washing your body (nebsey yhtseb…) and replaced it with “fare doccia”, I am doing a bath.

Tigrinya has a rich side to it, for example unlike Italian which does not distinguish between a niece and granddaughter, or a nephew and grandson, or unlike English, which does not differentiate between the sister of your mother or the sister of your father, Tigrinya has “habti-ennoy”, “akkoy” and “ammoy”. Also Tigrinya offers “emba”, “gobo”, “kurba”, “kujjot”, to denote mountain, hill, etc, but the boys in Ghedli ditched all these and came up with “tabba”, an Arabic for a hill.

But to be fair, Tigrinya also has silly expressions and sayings long before Ghedli, (e’dan endiddan, … adgi zey msil abdi), our version of alliteration and rhyming. No one knows why humans love sentences that begin with the same sound, and phrases that rhyme, but we do adore them. Remember the Tigrinya proverb: “misla kab himaqq, mai kab ammaq”, in the Tigrinya culture those who have deep knowledge of proverbs are esteemed members of the community and the rich adages are prevalently used in village politics and social gatherings with amazing recall; they are rarely documented but verbally passed for generations. But then they have a proverb that decries deep knowledge of the proves and their excessive use, ‘proverbs spring from the weak as water springs from depth,’ goes the translations.

To be fair to the mother tongue, other languages have silly expressions that do not make sense, like “cool as cucumber”, it alliterates, but makes no sense, cucumber is not cooler in a hot day than a tomato, or a banana. Curiosity killed the cat is another silly expression. Exception proves the rule is something that does not make sense either. The English linguist and blogger, Mark Forsyth say this about the expression “It Takes Two To Tango”: its alliteration makes it memorable, while it still takes two To waltz, the lack of alliteration in the later makes it less memorable. I paraphrase! So it could be the same in Tigrinya that the “abdi” is just there for its sound and not substance.

Even, Amanuel Eyasu of Assenna, cannot find a Tigrinya equivalent for the term “Foundation” as in Assenna Foundation. We commonly use the Arabic “marra” or the Italian “troppo”, just to sound hip and learned, and in tune with modernity.

I always wondered why is that when a Tigrinya speaker gets drank, speaks in English or Italian, or why a Muslim Eritrean when drank recites classical Arabic from antiquity. When you are intoxicated the things you master must come easy.

The singer Feven Tsegay in her song, My Love Call Me, opted for the Arabic Habibiy/Hubbi not for the lack of a word in her mother tongue, but in anguished search of that coolness that is destroying Tigrinya. Not to be outdone, Solome Meharay crooned, Chocolate, Chocolate ditching the perfect Tigrinya,”woynney”, never mind the fact that most Eritreans do not know the word chocolate, never mind that most Eritreans have definitely never tasted chocolate.

If two men are married to two sisters, the English speaker has to go through the hoops… whereas Tigrnga speakers married to two sisters can deftly say, we are “hannotat”, not “n’klette yehwat wessidna”. Whereas the English speakers talks about brother in law or sister in law, Tigrinya offers the facility of “zomma”, “niElti”, not “bhgi habtey” or “bhgi hawey”, But the way it is going, brace for it, just like I am bracing for (tahtewhy kelbi nerna…, we were the underdogs, but now….) when the Eritrean Airline out flies the Ethiopian Airlines one of these days.

As the examples from Italian and English languages suggest, one can safely conjecture that most languages have their own limitations and silliness, Tigrinya is not an exception, but it seems that in our case the many limitations and silliness are self-inflicted, a tormented need to dissociate, to create a brand new, cool vernacular that will supplant Tigrinya as we know it.