Ali Salim has become an entity. A noisy and powerful entity as such. Like artist in a rush he is painting with his brush, haphazardly mixing up colors and themes as if there is no tomorrow.

What Ali Salim does not understand is rushing and writing never go along.

The burden lies on the writer who with no stress or duress writes understandable and meaningful messages and not the end users: those who read. Any writer who discounts his readers or who considers his readers as spongers always pays a hefty price. His work becomes naught thus useless.

When it comes to awate.com, I am very protective. I do not own it but it is a unique behavior I developed due to my alienation and suffering.

I do not have citizenship of my country of origin, not out of my volition but because I was stripped of my rightful natural rights and privileges by the dictatorial system. So awate.com became my surrogate country of origin and by extension my citizenship. Reciprocally I bear my duties and responsibilities not to abuse or defile the rights and privileges bestowed to me.

Awate.com is also a beacon of hope to many Eritreans, a counter weight to the hopelessness in Eritrea and elsewhere else. It is the light house to lost sailors and a ray of light to lost souls. This is not exaggeration or vanity.

But above all Awate.com is our university of higher learning and civilized interactions when the only university in Eritrea was closed shut. Awate.com became the hub of reformation and renaissance combined when the rest of Eritrea fell into dark age.

Ali Salim uses the largesse of Awate.com the same way I use but for some reason I feel that his writing is stretching truth not by telling lies but by mixing up and stretching the truth. If Ali Salim was an artist (painter) he would have excelled in impressionist art.

To me the issues of Land, Faith and Language are fundamental thus non negotiable. Any individual or group or system that violates the sanctity of these values is no less than a rapist, ethnic cleanser or genocide perpetrator.

I promise to Ali Salim that I will be a foot soldier in his army and sacrifice my only life to preserve and protect the sanctity of these core values.

Ali Salim being extremely intelligent and wisecracker had dropped hints on some “sensitive” issues thinking or worse believing are evidences that supported his arguments.

Ali Salim is also elusive. But I believe he is acting. He knows what he wants to write. He has the ability to be concise and direct. But he chose not.

The hardest English book to read, and unfortunately was named the best English novel of the 20th century is Ulysses by James Joyce. But comparing to Ali Salim’s presentation (not due to lack of skill), reading Ulysses is a cake walk.

So it is my belief that Ali Salim is deliberately misleading his fans, me one among them.

Ali Salim also repeats his arguments believing that repetition will make his argument truer. In reality true arguments do not need repletion.

“Neo Nazi” and “Land grabbers” are the corner stone of his presentation, one a generic term the other his true creation. He also mentioned highlanders, Hamasien, Jeberti and Saho on many occasions. I wonder why he does not say much about the eastern lowlanders and in particular Deki Semhar.

Jeberti and Saho are the products of the highland. No amount of argument can change the course of their evolution. They are important ingredients to the highland no less than the Christian highlanders.

Do you know of any pogrom, destruction of property, beatings, rape, land usurpation, ethnic cleansing or other abject atrocities that was committed by the highland Christians against the Jebetri or the Saho who lived side by side for hundreds of years? If your answer is no why are you then repeating the word “neo Nazi” in a way that implies historical wrong doing of Nazi proportion?

Or are you anticipating one?

Why do you blemish the name of the highlanders who, whether you like it or not are related to you first in genes and second in history?

The highlanders are Tewahdos, a Christian faith of the original rite that due to isolation kept its form and content unaltered through generations. As it is it is not much different than the Islam practiced by Eritrean Moslems both in faith and practice.

Aren’t you aware for every Ramadan there is Tsom; for every Haram there is Haram and for every Halal there is Kudus? And when you add common ancestry what you get is two same people. The proof is I look like you in every facets of my physical (and I do not doubt my genes) shape which tells me you and me share the same ancestry.

Please go to Adi Quala and Mendefera and see how the good Jeberti live side by side with their Christian brothers.

Please go to Asmara and see Magnificent Mosques and Churches side by side in all its neighborhoods.

Hamasien, Akeleguzai, Seraie are three provinces inhabited by homogeneous people. Their qualms and quarrels and what they say to one another is no different than a family feud. Sometimes it is annoying and it can be nasty. But so far they did not whack one another and they will never do.

Given a standard (as opposed to the much required perfect) condition, a highlander (Jeberti, Saho and the Christians) prefers to live and die in his Adi.

Highlanders are tied up to their Adi (The village, the mosque, the Sheik the land and the ruba if Jeberti or Saho/ the village, the church, the monk, the land and ruba if Christians). Adi is the highlanders’ second identity to the much sophisticated genes. They are nothing without Adi.

Because they value their land not only do they die to protect it but they are also extremely fair not to usurp other peoples land.

Land grabbing is not in their genes or identity or history. They are not going to do what you are afraid will happen. What they did not do during hard times when their crops were being decimated by locusts and draughts are not going to do it now or in the future.

As for Deki Senhit I can’t wait to see them becoming skilled administrators and fair bureaucrats that will get rid of disunity, corruption and dogma (a little bias due to been influenced by Senhit in my formative years). As for Deki Barka, no doubt they will become wealthy ranchers and they will create opportunities for many.

I am Hamasienai (some call me chew zibele Hamasienai, for reasons I do not understand) and frankly I am a bit touched by your allegation to the people I belong because I am a living witness to what it means to be governed by a sadist who does not differentiate one from the other just like a vulture and I beg you to read my “The tears of a sadist” in Awate.com.

Yes it is true that for every dictator there are many who sell their souls to him some wittingly and some due to ignorance. But because they don’t have life outside their idol they will perish just like viruses die when their host dies.

And who do you think are these people?

They are from all over Eritrea. The visible ones might be predominantly from one area but you will be amazed to find many invisibles (and sometimes very dangerous) from other areas.

Please do not belittle the opposition. Their strength lies in their weaknesses just like the dictator’s weakness lies in his strength.

Once the dictator and his creation vanish I do not want to see another strong government in Eritrea. We had one and it is enough. 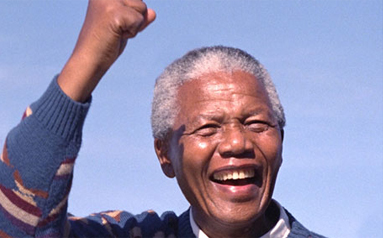