The National Council And EDA’s Fate

Posted on April 3, 2012 by Ahmed Raji in Articles 9 Comments 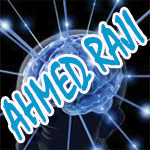 Well before the National Congress for Democratic Change convened in November 2011, questions were being asked about the future of one of its key constituents—the Eritrean Democratic Alliance (EDA). Would it continue as it was? Would it change to accommodate the new political and organizational reality that was to emerge from the Congress? Or would it be rendered irrelevant and therefore dissolved? And if it were to be retained, either as was or in a changed form, how would it relate to the new structures (the National Council, as it turned out) that were to be created? These questions are still relevant today and are, indeed, being asked as we speak. If anything, they have taken on added urgency now that the National Council (ENCDC or NC) has been formed and that the two bodies, NC and EDA, exist concurrently. More recently, the issue has been thrust into the spotlight, particularly following certain diplomatic activities that leadership members of the EDA undertook in Europe. In addition to a number of postings on Eritrean websites, a couple of Paltalk rooms took up the matter and organized discussions on the topic, including engaging those same EDA leadership members in an interesting conversation: (why did the EDA leadership dispatch its members on a European tour when such diplomatic activities should be conducted under the umbrella of the newly created National Council? Isn’t this an unnecessary duplication of effort? Doesn’t it weaken the National Council when the goal is to strengthen and empower it?). Reiterating their belief in the NC being the agreed new platform in which the EDA had invested considerably, the guests (EDA leadership members) affirmed that the EDA would soon be giving careful consideration to its future course.

In that session and other Paltalk discussions, as well as in written opinion pieces and comments, arguments have been made in favour of both retaining and dissolving the EDA, or, otherwise, in favour of introducing certain changes to its mandate and structure. An example of the latter is a suggestion to do away with the Executive Committee of the EDA and retain the Central Council only (indicating the need to de-emphasize the outward-looking, executive character of the EDA, and therefore resolve any possible conflict with the NC). Some voiced the view that the National Congress should have passed a resolution to dissolve the EDA. At least one commentator proposed to those member organizations that lean towards ending or limiting the EDA’s role to take a unilateral decision to withdraw from the umbrella organization. In a number of cases, the views aired seemed rather emotional.

To begin with, it is important to remember that, legally, the National Congress did not have a jurisdiction over the EDA’s future any more than it did over the future of any other participating body—whether political party, coalition or network of civil society organization (CSO). The EDA’s future is the business of those organizations that make up the EDA. It is up to them to debate, evaluate and decide upon the future course of their organization. They might have good reasons for maintaining it unchanged, rebranding it, or bringing it to a conclusion. That is their prerogative. What is of interest to members of the public and, particularly, to stakeholders in the ENCDC, is how the EDA, so long as it existed, should relate to the NC, for this is a matter for everyone with a stake in the ENCDC to deliberate upon and offer ideas and solutions. In any case, the public expects the meeting of the EDA’s central council that started a couple of days ago to look seriously into the matter and put an end to the present lack of clarity.

Is there a need for the EDA to continue?

Going beyond the simple ‘we-have-got-the-NC,-therefore-we-do-not-need-the-EDA’ argument, what we need to be asking is: what reasons are there for the EDA to continue existing alongside the NC? More specifically, are there any functions that the EDA is uniquely positioned to perform vis-à-vis the NC? What is the EDA’s value added in the post-Hawassa environment?

The EDA, as we all know, is a league of political organizations to which it is intended to provide coherence. In that sense the EDA is different from the NC in that the latter also includes, beside the EDA, other political parties, civil society organizations and individuals. The EDA (as a forum of political organizations) and the NC as a broader national umbrella are not synonymous. There are important variations in why each exists—their raison d’être. The two entities can, and should, co-exist for the following reasons:

(b) The second reason, also related to the first, is logistical. It is far easier for the NC to manage its relationship with one bloc rather than with each political organization/party separately. I think the utility of this approach has already been proven in the context of the National Conference and the National Congress in 2010 and 2011 respectively, where the EDA (and to an extent non-EDA political organizations) was (were) able to collectively negotiate, make proposals and reach compromises.

(c) By addressing issues, resolving problems and coordinating their positions internally within EDA, ahead of tackling those same issues in the wider arena of the NC, political organizations, moreover, avoid projecting their problems to the NC. Rather than exporting their issues and problems to the NC, and, hence, impeding the efficiency and effectiveness of the nascent body, EDA members would be able to iron out their differences outside the NC.

So, the EDA can exist as a constituent part of the larger Opposition, now being coalesced under the NC, just like the Eritrean Democratic Front (EDF), Solidarity (Tadamun), the Democratic Front of Eritrean Nationalities (DFEN) or any other bloc exists as a subset of either the EDA or the ENCDC at large. Any number of coalitions could exist at any number of levels and in various forms if there is a compelling reason for them to do so.

The problem, therefore, is not that the EDA (or other political fronts and CSO networks, for that matter) exist side by side the National Council, but rather what roles and functions would each of these entities assume. Roles and responsibilities need to be clearly defined to eliminate all actual and potential overlaps and conflicts. Wasteful competition and the appearance of operating ‘with two heads’ would be eliminated once roles are clearly delineated and adhered to.

The following are suggestions that might contribute to resolving such conflicts.

1. The EDA to re-affirm the primacy of the NC as the main arena for advancing the cause of the forces of democratic change, and to commit itself to empowering the NC. (After all, the EDA has invested heavily in the creation of the NC and in convening the National Congress of which it has been the initiator). Hence, the NC would be the only body through which activities that are common to all ENCDC stakeholders are carried out.

2. The EDA would transform itself into a coordination forum where member organizations would consult and coordinate their positions and activities, and work on issues that are of unique or primary concern to them as political organizations. It will no longer be utilized to pursue common, Opposition-wide activities.

More importantly, political organizations should develop a culture of building coalitions based on common platforms. Instead of unpredictable and shifting alliances, the work of the Opposition camp would be organized along clear political platforms built around common issues and aligned positions. This would make the task of the NC much easier—and the future of democracy in Eritrea a little brighter.