The Case of “Business and Human Rights” In Eritrea 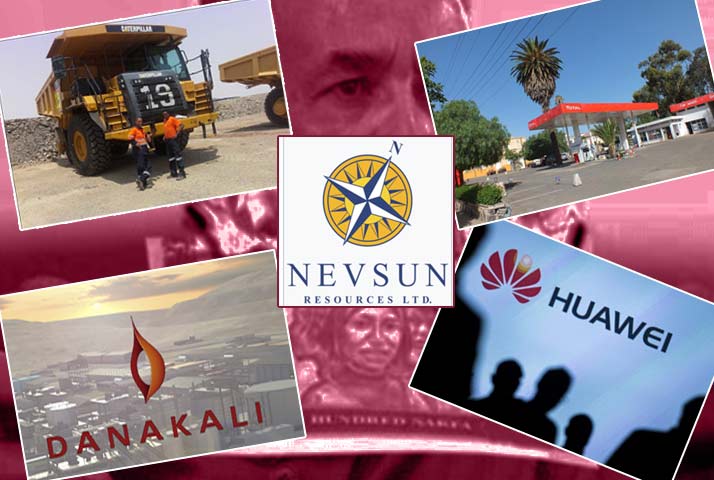 Companies have an obligation to conduct due diligence of their Business activity and this article is a case of “Business and Human Rights” in Eritrea.

Business has a direct and indirect impact on the lives of people. It is for this reason that the UN Human Rights Council came with a new framework of “Business and Human Rights” to oversee the due diligence of the way that business is conducted in countries in relation to human rights.

In 2005, The UN  Secretary-General Kofi Annan appointed Special Representative John Ruggie of Harvard Professor to oversee the gap between business and human rights, and in 2008 Jogn Ruggie came out with a proposed framework for “Business and Human Rights” to the UN Human Rights Council which was unanimously approved, states that –

In 2011, the special representative issued the “Guiding Principles on Business and Human Rights: Implementing the United Nations ‘Protect, Respect and Remedy framework’. This framework was also endorsed by UN member countries to become the world’s first comprehensive guidance for companies to report on how they respect human rights.

The UN guiding principles on Business and Human Rights applies to all States and to all business enterprises, regardless of their size, sector, location, ownership, and structure. Its foundational principle (1), states –

“States must protect against human rights abuse within their territory and/or jurisdiction by third parties, including business enterprises. This requires taking appropriate steps to prevent, investigate, punish and redress such abuse through effective policies, legislation, regulations, and adjunctions.”

And in regard to any company that is hosted in a state territory, the UN Principles of Business and Human Rights states:

“States should set out clearly the expectation that all business enterprises domiciled in their territory and/or jurisdiction respects human rights throughout their operations.”

It is within this general principle that I am calling on all companies that are currently operating in Eritrea to take responsibility and conduct businesses in a way that does not harm Eritrean citizens.

It is common knowledge that Eritrea is accused of systematic and widespread violation of human rights that might amount to crimes against humanity that it has been committing since its independence in 1991. The systematic crimes are state-sponsored that are conducted by the governmental. they are among the worst and widespread crimes the world has been witnessing after 2000. Though the Eritrean government continues to reject this accusation, there are clear facts that prove the extent of the widespread violations.

Today, Eritrea is the worst country on the world press index, the second most producer of political refugees (after Syria), a country with the highest number of political prisoners, a country that has no university, but it runs a network of more than 360 secretive prisons. Forced labor is a norm, civic liberties are absent and associations that are free of the PFDJ political influences are prohibited. Religious freedom is absent and often, religious leaders are subjected to imprisonment and house arrest, etc. Worse, every citizen is forced to join military units for an indefinite period of time.

Under this condition, it is not easy to figure out whether businesses conduct their operation without violating human rights. According to the UN reports of 2015, a Canadian mining company, Nevsun, which has been engaged in mining activities since 2008, is accused of using Forced Labor. The victims are Eritreans who have been working with the company since the establishment of the mining operations in Bisha—the  UN has accused Nevsun of using forced labor.

More than fifty (50) Eritreans have filed a civil action lawsuit against Nevsun in Canada. These Eritreans are former construction workers at the Bisha mines and they were working for a construction company that is owned by the ruling party of Eritrea. The company provided working men and women as part of an agreement between the ruling party and Nevsun–these individuals were military conscripts. As a result, Nevsun is accused of using forced labor.

To date, Nevsun is the only company that was brought to the court so far, there are many international companies that are currently operating in Eritrea. The State is the main provider of human resources that are part of the agreement to provide labor supplies. There is no doubt that the state uses the conscripts to gain profits.

Nevsun is a mid-tier, copper-producing, mining company headquartered in Vancouver, Canada. Founded in 1965, the company had operated in two other African countries: Ghana and Mali. Currently, it’s operating at Bisha, Eritrea.

Though it is believed to have social responsibility programs in Bisha Mine and it has been producing annual reports since 2011, the company has faced serious allegations regarding its violation of human rights for using Forced labor in its activities.

Nevsun has put in its vision about Human Rights as follows –

We believe in treating everyone equally and with dignity and respect. We support inclusiveness and diversity of opinions in the decision-making process.

So far, Nevsun rejects such allegations, though the number of accusers is increasing substantially.

Maybe this company is unknown by many Eritreans, but its global existence is huge in the information technology industry. What might be new to many, including well informed Eritreans is, the existence of this company in Eritrea.

Credible information attests that Huawei is behind EriTel, the only Internet, and telephone service Eritrean national company. Huawei provides the most talented Engineering professionals for the design and programming technology center of EriTel as a sub-contractor. Very few Chinese staff members are stationed in Eritrea.

EriTel is the main violator of human rights in Eritrea by making communication services restricted and checked at every single network. Eritreans are heavily spied on, both inside and outside Eritrea. EriTel works closely with the only existing political party to carry out a massive surveillance on dissenting Eritreans.

According to information on its website, Huawei believes in the power of dissolving boundaries to work more closely with the world.

Huawei is a threat to Eritrean privacy and cybersecurity. There is no information disclosed about the business relationship of the company in Eritrea. So far, it remains a secret unknown to the world.

This American company has a long existence in Eritrea. Almost all high-quality machinery involved in every development projects and war zone is carried out by the use of Caterpillar machines.

Caterpillar Company has a branch office in Eritrea where every activity concerning these machines is conducted. Machines that are imported to Eritrea are in use in the construction of prison centers, war trenches, mining centers, etc. And all skilled professionals who run these machines are forced military conscripts who are provide forced labor.

For example, Bisha Mining Company uses these machines in its mining operations. There is no doubt that this company is involved in the gross human rights violations of Eritreans by being the main supplier of the regime that is involved in crimes against humanity.

Total is a giant French oil company that has been operating in Eritrea for decades. It is the main supplier of oil products to Eritrea. Currently, it is expanding its activities rapidly by installing new infrastructures.

Though Total Company is a private company, it follows strict regulations put by Eritrean government in price regulation and coupon systems that are implemented to control oil and gas distribution in Eritrea. The ruling regime has a heavy hand in the regulation of Total business activity. Eritrean citizens do not have the freedom to buy their fuel needs from the company without a permission given by the government.

In addition, the fuel sold to the government is used in areas where forced labor is exercised. And for security purpose, forced conscripts are used as guards of Total centers, especially in the storage areas that are installed in Northern Red Sea and Maekel region.

Danakali Limited is a new company established by Eritrean National Company (ENAMCO) and a privately owned Australian company called Dankali on a 50:50 joint venture. This company is currently in the establishment and licensing phase and to start its mine exploitation activity. It operated in the Afar region of Eritrea

The Afar Eritrean have lived in the Danakil areas for centuries in peace and harmony until they faced a serious threat to their survival. The Ruling regime has made life miserable for these people by banning them from conducting their traditional economic livelihood in the Red Sea. As a result, more than 35,000 Afar families were forced to flee from their native land and live in refugee camps along the border in Ethiopia.

Installation of Danakali Company in Collul area has also added to their restriction and freedom of movement as the area is heavily guarded by military force.

In addition, Danakali Company is using military force to for its security. And the military forces are forced conscripts who serve indefinitely.

In conclusion, the list provided above is not exhaustive but indicative. There are many companies that are currently doing business in Eritrea. Though Eritrea may not guarantee human rights of its citizens, each company which is operating in Eritrea has a responsibility of not getting involved or be used as a leverage in the violation of human rights. If any company is involved in such acts, respective parent country has the responsibility to call on the company to fulfill its human rights obligations by conducting due diligence. The case of Nevsun is a typical example. Other countries have also a responsibility to follow UN guiding principles on Business and Human Rights– endorsed in 2011.

Eritreans have to work hard to increase international awareness about the business conducts of any company that operates in Eritrea. Today, any business activity has a potential link to the gross violation of human rights in Eritrea. As long as the Eritrean regime remains in power, any business activity is prone to human rights abuses. And we need to stay alert and be whistleblowers whenever necessary so that we can bring these companies to be accountable.