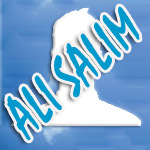 Bear with me please! I think we are in quicksand and we need to cross a few steps before starting the journey. By “we” I mean people (Eritreans) who have already crossed over from the stage of “what should I be doing?” into the stage of “how should I do it best for maximum impact?” I usually take it for granted that an organized opposition that is more than twenty years old (very old), is done with obsessive distractions over what is right and what is wrong and deeply focused on just doing it whether it is right or wrong because we want change – any change as long as it means an end for a sad and badly wounded nation. If you have any questions about the ethics, morals, legality, acceptability, feasibility, partiality or simply about whether what you are about to say or do is right or wrong, please step back and sit aside because for most of us these concerns have long been resolved.  We are already on the “Run Away Train”, and singing “Runaway train, never going back – Wrong way on a one-way track”.  Let us tighten-up, hop-on and catch-up. We are sick to the bone. We have stopped listening to anything other than the “how to” of turning everything upside-down – because we have crossed “The Line”.

This article is to say that those of us who are obsessing with concerns of “right and wrong” need to give people a break and remind themselves that the Eritrean cyberspace is more of an arena of political contestation among ordinary but “motivated” (I.e. with a motive) citizens than a podium of academic lecturing for geeks. I understand that the two are not necessarily mutually exclusive but the ethics that govern each of the two are diametrically opposed. The backbone of academic research is neutrality as expressed by the extent to which the researcher renders him/herself not just invisible but non-existent because the intention is to discover the naked truth of things. Political contestation starts from where the academic world ends.

The practice of politics (blotika) as embodied in politicians and activists presumes that the truth has already been discovered. In fact it presumes that several competing versions of the same truth have already been discovered and that the role of the politician or activist is to sell his/her version of the discovered truth in order to either conserve or disband the status quo. The point here is that “uncovering the truth” requires research and research is its own monster.  I don’t think any of us (however smart we might be) can sit behind a laptop and produce a definition of the Eritrean catastrophe overnight and expect people to adopt and follow. However we might think of it, therefore, whatever is contributed in online Eritrean discussion forums such as Awate is politics – pure and simple – every single contributor including the most patriotic amongst us does so in his/her capacity as a citizen with a motive (not wisdom).

Of course that’s what I do plus a few communications to assemble my database of gossip. But at least I know that what I am doing is politics: I presume that the truth is out there – discovered and uncovered for everyone to see – and then I focus on how to motivate action on the truth that everyone has access to. I do not discover my own truth, take it as true and expect people to line-up. Capito!?

Ok! Let us go for “the line” now (the line that has already been discovered) just by way of explaining my version (or conception) of it.

Two amazing Dominics, Johnson and Tierney (2011) gossip that, “In 49 B.C. Julius Caesar halted his army on the banks of the Rubicon River in northern Italy. …  By violating an ancient Roman law forbidding any general to cross the Rubicon with an army, Caesar’s decision made war inevitable.” The significance of this event is that “ever since, ‘crossing the Rubicon’ has come to symbolize a point of no return, when the time for deliberation is over and action is at hand”. They explain that metaphorically, “crossing the Rubicon” refers to crossing from a “deliberative mind-set … [where people] approximate rational actors” to an “implemental mind-set … [where they] display a range of biases that deviate from rationality.” While the former mind-set expresses itself in terms of doubt and scepticism related to the feasibility of coming out of war as the winner, the latter mind-set is characterized by more than mere “confidence” and unfortunately “overconfidence”. They define “’Confidence’ as the perceived but reasonable assessment of your probability” of winning the battle; and “’Overconfidence’ … as a level of confidence that exceeds the true likelihood” of winning.

Of course you might want to know whether you were just “confident” going towards the fight and had picked on someone that you could realistically handle, or whether you took it a little too far with “overconfidence” and has since been trapped in a battle that you have no chance in hell you will ever win. The problem here is that even if you ask those questions or iterations of them a million times before starting the battle, God has made it so that the answer always comes at the end of battle and in kind. If you end up winning, then you will know that you were “confident” and if you lose you will know that you had it over the roof.

The argument that Johnson and Tierney (2011) make about the relationship of the incidence of the two mind-sets (and implicitly the prevalence of confidence and overconfidence) to the conducting of “war” is one that does not make sense at all but one that they substantiate with solid examples. They do not provide metrics to measure the level of confidence that might hypnotize you into going to war because like I said, it is the Lord’s design for the answer to always be buried at the end of the tunnel. But they provide an interesting predictor of the incidence of both: the perceived length of the operational timeframe or window of opportunity until the actual fight kicks off! They point out that “deliberative mind-sets” dominate public opinion (including that of decision-makers) when there is a long time to go until the fight does actually take place (i.e. when the actor perceives no need for urgency). They also note that “implemental mind-sets” dominate when the fact of war is imminent. Implicitly, “confidence” and “overconfidence” in your ability to crush the enemy associate to the incidence of the two mindsets respectively.

Here are some of the examples they mention: (a) in “the 1938 Munich crisis … France weighed its chances of defeating Germany. … [But] once war looked inevitable by 1939, the same actors that had previously been gloomy about the odds of military success became significantly more optimistic about ‘surviving a knockout blow and going on to crush Nazi Germany’.” (b) In “1990, when [the first Gulf War] remained uncertain … 60 percent [of Americans] expected a short war … [but] on January 16, [1991] the day Operation Desert Storm began, 83 percent of Americans expected a short war.” (c) A “study from the 1960s found that as soon as people had placed their bets at a racetrack, they suddenly grew more confident that their horse would win … [due to] the simple act of committing to a decision.”

They also argue that people possessed by an implemental mind-set “display a reduced receptivity to new information that may question the desirability or feasibility of the chosen goal … [and] seek information that supports the choice already made.” Depending on whether you perceive the context of the fight as being relaxed and suspended or you feel like it will and should take place today, a process of “cognitive tuning” determines whether you will apply qemish adey Hanquiluni kind of tactics when people ask for your opinion or whether you will tell them to suck it up and firm down with confidence in themselves and the Lord and dare the devil.

I am not asking those who haven’t “crossed the Rubicon” to give up. They can still catch up in limiting the potential consequences of irrational behavior. Johnson and Tierney (2011) mention one technique whereby such consequences may be controlled so that an “implemental mind-set” is checked within reasonable limits of desirable outcomes. They propose that institutionalizing the decision-making process can reduce the impact of the crossing. My personal opinion on this remedy is that their proposal is dumb and unworkable [at least in our situation where the whole point of deliberation is to enable us to cross the Rubicon]. If institutionalization of common sense (deliberation – Halkeskes) when war is imminent were actually feasible, it would have prevented the “implemental mind-set” of George Bush (the son) from turning “Iraq” into “I Rack”.

That exactly is what happened to the traditional Eritrean opposition [the “old guard”], the EDA, ENCDC, EPDP and others that I cannot mention in public any more: they are stuck in “quicksand” because they have institutionalized the “deliberative mind-set”! Like it or not, based on a slight reinterpretation of the above, what actually takes place is the institutionalization of the lack of urgency to act because according to Johnson and Tierney (2011) slugging on the “deliberative mind-set” is essentially motivated by the incidence of a relaxed and extended time frame for action. Institutionalization by its very nature is the freezing of key variables, the conversion of variation into routine, and the conservation of the system as a whole from flying all over the place.

Well “we” have a suggestion package composed of three steps for you guys: (a) De-Institutionalize the “deliberative mind-set” by destroying every standing opposition gang that is more than one person strong, (b) “Cross the Rubicon” today by acting crazy and out of the box and by introducing chaos to wake up the dead, and (c) Institutionalize the “implemental mind-set” focused on “Change Today – Not Tomorrow”.

Here is a simple argument that we might be able to horseshoe to fit what we need. Brown (2011) [in a different context] mentions the following: “who judges whether a war [or any form of conflict] has just cause? If sovereigns have no earthly superior, then a conflict between sovereigns is a conflict between equals and there is no authority save the state [the sovereign] itself to judge its cause.” What he is actually saying is that the concept of “judgement” applies only in the context of actual or perceived hierarchy and always from top to bottom. Judgement does not go side-ways on the horizontal axis. In other words there is neither legal nor moral authority that entrusts equals with the power or wisdom to judge one another. Judges make judgements on the commons because they are entrusted by the presumed embodiment of the collective will of the commons themselves to do so. De-institutionalizing the implemental mind-set of risk-taking (for our purpose) might, therefore, be viewed as the application of the principle of sovereign equality among ordinary people and the concept should not sound like rocket-science to those who demand that sovereignty belong to the people.

Institutionalizing the deliberative mind-set (mEgirgar) is simple – gather all “those guys” – and ask them to do something in order to make sure that “those sovereign citizens” (on whose actions we have no moral or legal authority) do not end up messing the future for all of us. Tell them that they need to agree and come up with a joint statement. Here – slip this menu taken from Fisher (2011) in their pockets: “[Please guarantee the following:] … just cause, right intention, competent authority … the harm likely to be caused … the good to be achieved, taking into account the probability of success … the principles of proportion and non-combatant immunity … and the war end in the establishment of a just peace.”

You may leave them an iPhone number where they may reach your great grandson towards the end of the next century.