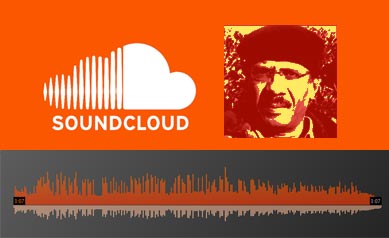 This is a bribe, in a nice way, the legitimate kind of bribe. I thought of offering it in preparation for the next edition of Negarit which I suppose will make a few readers uneasy. Please accept this Arabic poem which I wrote over fifteen years ago while I lived in Kuwait. In those days, Internet connection was not widespread, and there was no social media, not even enough websites. A handful of Eritreans in Kuwait wanted to issue a magazine and they came up with an idea: “Mejelet Ha’eT (Wall Magazine). I remember Mohammed Adem and Omar Sheik worked on it very hard. They fixed a board on a wall in the community center and every few weeks they updated the postings. I used to contribute to that wall magazine in Arabic.

Going through my files, I found the copy of the poem I posted on Nov. 17. 1999 and it invoked different memories in me–mainly painful memories. This piece was written when the Ethiopia-Eritrean border war was raging, people were waving flags and enjoying the gruesome scenes beamed from the battlefield. Many Diaspora Eritreans and Ethiopians screamed, more, more! When the governments tallied the numbers, our balance sheet showed tens of thousands killed, hundreds of thousands uprooted, an astronomical amount of properties lost, looted, or turned into ashes. Worse, not many were aware we will be suffering from the aftermath of the war for fifteen years–and still counting.

From my vintage point as an Eritrean, the south was the direction of destruction and mayhem. I had no personal interest in that area, only national and human. I would have ignored it like many other people and safeguarded my personal interest. But I chose to oppose the war and paid dearly: ostracized, defamed and made stateless by the two governments–I defeated them both when I came to the USA. I think I have a sixth sense that smells destruction. These days I feel it though it is not as intense as it was towards the turn of the last century.

I think this will be enough for today because I want you to try to enjoy the poem. If you know Arabic, all the better. If not, make do with the English translation. Before I finish, I would like to thank Amal Ali for reciting the poem for me. If you find the production quality unsavory, blame it on me. I am an amateur in audio-visual production. Though the topic is a sad one, please try to enjoy it. The Arabic audio ” اطفؤا قناديل الرعب  ” is at the bottom of this edition.

The sky rained its bounties,
In a region engulfed by the stench of gunpowder.
A foray of bomb blasts meeting thunder,
And a look towards the South,
Under the lightening, an image and a reflection,
The horizon glowing with the fires of treachery.
Inside, the flames of the lanterns of terror.
Pray tell me, is it the dream of yesterday chasing us?
Or, a new dream? Did they do it again?

I saw it as a child, that ancient grudge.
My father and uncle tasted it, so did the rest of my family,
Many I knew, the old, the young, and the neighbors
Exposed to the whips of bitter cold…
And saw darkness up close,
In front, and behind bars.

Here, there is no distinction between night and day.
Not even between day and night
And the comrade visits all the time,
Bringing along humiliation, injustice and pain.

And she!
She belongs to the Freedom tribe,
Her name is Determination,
The name is the dowry of the bride,
And he’s demanding, the dowry
Even asking for more,
Our fate is mortgaged by his sick urge.

The elite has a language.
Its name is Vanity.
They unite for it and split over it.
And a distant echo of a question,
When will the pitch darkness be over?
When will the sun visit us,
With its warm rays?

My abode,
And the streets of my childhood that they burned,
The hopes of the forgotten generations,
The hopes that they looted.
Wasn’t Childhood, slaughtered?
Didn’t they steal the innocent laughter of a child?
Then, what is left?
Are we destined to eternal wailing?
Do we tread the trail of misery,
One generation after another?

Be wise! Free the one with the broken wings,
The dove whose feathers you plucked,
Let it fly anew, to herald to us,
A new tiding, of a peaceful era.
Let it fly to where the far dim lights are
Maybe it will bring us the sun.
That sun, that is hiding behind the horizon.