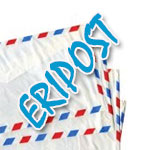 I remember it as if it were yesterday, as we sang them aloud till our lungs ached, as the headmaster waved his baton frenetically to keep the tempo, with rivulets of sweat running down his face. Louder! Louder! He would shout. How much loud? Do you think our lungs are made of stainless steel? This was in the 1950s.

We sang them at the end of the school term, at public functions, when dignitaries visited our school, and we sang them at home and when alone. The British Military Administration was in full swing at the time.

They were the best of school songs, supposed to instill love of wisdom and country in us. Those were the days when the ignorant and the benighted needed the light of knowledge to shine on them, for ignorance is darkness, a veil, a spider’s web that interposes itself between the dumb and the intelligent. Knowledge, knowledge at all cost!

The likeness of a torch (shig) could be seen everywhere. In all types of certificates. As logos and in official seals. In exercise-books and in frontispieces. It symbolized a light-giving knowledge that shone in darkness from which our country had to pull out if it were to develop.

My father used to tell me that when the British came (I was two years old then), they didn’t care much whether we took the path to development or to destruction. They thought that, whatever the case, we were always the Queen’s subjects. What a nerve! But in some way they were right. Didn’t they rule two thirds of the whole world at the time? What is Eritrea for them? Another white man’s burden, and an irritation to boot. But they were much better than the Italians who had just handed power to them.

The Italians who were rather ignorant themselves (most came from Sicily and were illiterate) didn’t want us to get any education worth its name. Of course, they allowed us to go until the forth form (quarta classe è basta), but thus far and no further.

It is interesting to note at this juncture that Ferdinando Martini, the first civilian administrator of Eritrea, didn’t feel comfortable with the idea that natives sat in the same class along with whites. He thought that the natives might somehow excel the whites, which meant that the white supremacist philosophy upon which he built his ego might crumble like a house of cards? Thus began school apartheid in earnest in Eritrea.

When the English replaced the Italians however, Eritrean enthusiasm for education erupted, and thus the sun of knowledge began to shine on the natives in all its splendor, and for the first time in our country, education outstripped every other human affairs. “An uneducated person is useless before a crisis, and a non-chiseled millstone becomes useless for grinding,” used to say the old and the wise.

Some wits also used to say that traditional education caused one to get bitten by dogs, while European education helped one to become a lord, a king (timhrti habesha yen’k’s, timhrti ferenji yen’g’s). A little explanation. Before the coming of the Italians education was, among the Christians, solely under the Orthodox Church which ran outdoor schools with pupils going around begging for their daily food which consisted mainly of roasted peas or chickpeas. They were known as yekolo temari. These, more often than not, were chased by dogs as they approached a gate to sing out their supplication for alms.

The knowledge of the English language was given a paramount importance in those days. Many a person struggled to learn the language in vain (the Italians called the Queen’s English lingua barbara). Many Eritreans, after many years of toil and resilience, ended up by speaking a language that was neither theirs nor that of the Queen. Mastering it was an illusion. Some must have finally given up by quoting Oscar Wilde who when asked to learn German is reported to have said: Life is too short to learn German.

“How are you Elfu?” asks our female teacher during an English period expecting the thunderous reply deemed appropriate in such occasion.

“I am very well, thank you. And you!!!” barks Elfu, the blue-eyed boy, looking at us, miserable students that we were, through the corner of his eyes by way of saying: ‘eat your hearts out’ or maybe ‘can you beat that?’

According to our teacher, the answer Elfu gave was correct beyond any shadow of doubt, not only in grammar but in its sonic output as well. (4 on the Richter scale, to be exact!).

“Would you please, bunch of donkeys (and probably children of perdition), give a standing ovation to my dear Elfu,” intones our teacher with half closed eyes, approving of the way Elfu made reply to the question in, what she thought was, impeccable English, one that was nearest to the Queen’s.

We sighed in self-recrimination for not having studied the whole night just to be able to shine like Elfu and enter into the teacher’s good graces.

Those were the days when uttering some English words (which, in the final analysis, could be traced neither to the bloody English language nor to any language in Eritrea) was considered a sign of civility and the only path towards social and economic success.

Those were the days when ‘mountain hen’ was the ‘official’ name given to Emba-Derho by those who ‘mastered’ English. Similarly, Shegrini, a village about six km on the road to Massawa, was baptized as ‘the troubled country’ by some enterprising teachers.

During the British administration of Eritrea, most of the school songs seemed to solicit for more money for the building of new schools from those in authority, including the rich and the feudal lords among whom were those who felt that time had passed them by and who regretted their lost chances and wasted years and wanted their children to benefit from the opening of new schools everywhere:

“O, how I would have liked to fly
On airplanes.
And to acquire all types of skill
To become an architect and
An engineer.
So please those in power and authority
Help me to go to school.
For an uneducated person is useless
Before a crisis,
And a non-chiseled millstone is useless
For grinding.

And neither is a non-glowing log of use
For warmth”
Refrain: Help us O ye who are in power and with authority!

The love of country was oft mixed with the love of learning:

”My country, I really love you
With all my heart.
I want to see you with my eyes
And raise you over my head”
Refrain: My country!

The ignorant was considered a burden to his country:

“If you want to be counted with the wise
Get education and learn new skills.
To him who has no education
They start calling him names,
And he lives in shame
For generations…….
Schools are being built everywhere
In our country
So let’s all shout for joy
And welcome the light
Of  knowledge…….
O my brother, let’s go to school
For time flies like the wind
And we may be late for school
And may sadden our teachers
And our instructors.”

But in the final analysis, the children and the country seemed to have put their final trust on those in authority:

“O fathers, we are pleading with you
And entreat you with all our might.
O noble Lords, shake off your slumber.
For the good days are here to stay
And we rely on no one
But on your wisdom
And loving-kindness.”