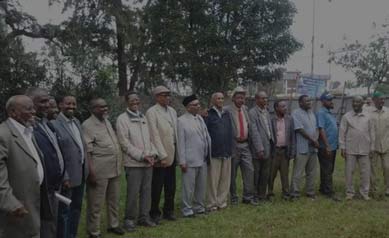 The ad-hoc contact organ that was established at the Nairobi Consultative Conference (NCC) will hold a series of meetings with Eritrean opposition parties and organizations in Addis Ababa, Ethiopia.

The contact organ’s mandate, according to its secretary, Semere Habtemariam, is “to make the necessary preparations for an all-inclusive meeting of all Eritrean political organizations and parties within a period of six months”, starting from January 2016 when the ad-hoc contact organ was formed.

The NCC was attended by eleven Eritrean opposition organization in addition to “Medrekh/AlMuntada”, the initiator of the conference, a forum that describes itself as a movement set up to help and facilitate the creation of an all-inclusive Eritrean opposition umbrella.

Medrekh will be represented by Mohiyedeen Shengeb in the upcoming meeting in Addis Ababa scheduled for the first two days of April, 2016.

The NCC ad-hoc contact organ is chaired by Suleiman Hussein, and Semere Habtemariam is its secretary, with Mohammed Sefer, Tesfai “Degiga” Weldemichael, Negash Osman, and Beshir Ishaq, its members.

It is not clear whether a group of six entities who didn’t participate in the NCC will meet with the ad hoc contact organ which has sent out invitations to them. The six entities have also distanced themselves from the activities related to the preparation for the expected ENCDC congress.

Meanwhile, in many parts of the world, members of the Eritrean National Council for Democratic Change (ENCDC) are preparing to hold their second congress in the end of May, 2016.

But so far, the official position of the host country, Ethiopia, is not clear concerning the developments within the Eritrean opposition, particularly the planned congress of the ENCDC.