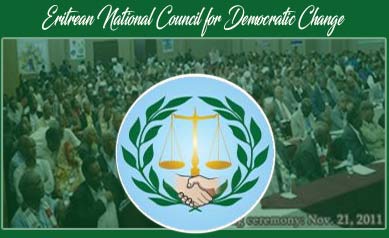 Between April 14-15, 2019, the Eritrean National Council for Democratic Change (ENCDC) held its second congress meetings in Sweden. It concluded its meeting by electing the secretariat of the central leadership with Tekhlai  Abraha as its president, Mohammed Sheeb, vice president, Fessahaye Hagos as secretary, and Negash Osman as the chairperson of the executive committee.

The secretariat has the highest authority in the 61-member ENCDC leadership.

The ENCDC was stationed in Ethiopia since it held its first congress in 2012, in the city of Hawassa. However, it couldn’t hold its second congress  due to many reason including problems within the member organizations and delays caused by interference.

The list of the representatives from among whom the above leaders were elected are: