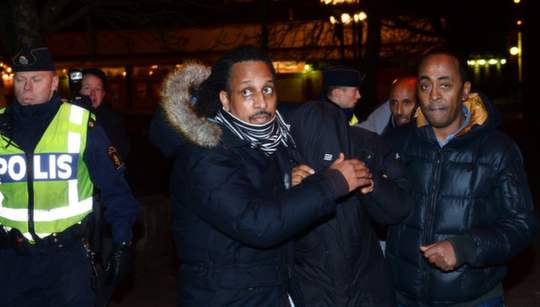 On November 12, General Sebhat Efrem, Eritrea’s minister of defense, left Eritrea accompanying a military team that included a cartographer, communication officer (code operator) and an intelligence officer. The destination or the purpose of the visit is unknown: it was not announced in the state-owned media and even senior military officers are unaware. But he has, according to our sources, returned to Eritrea yesterday.

Military sources believe he left for a destination through the UAE, most likely Abu Dhabi, en route to Iran, while others suspect that his trip is a sea trip and he could have gone to either Somalia or the coast of Yemen.

The Eritrean government, which is entirely composed of veterans, has a history of trying to leverage its decades of experience in guerrilla warfare for financial gain. Since 1993, it has provided military consultants to the late Laurent Kabila (Congo), to rebel groups in Sudan (Darfur, Eastern Front and South), rebel groups in Ethiopia (Tigrayan, Amhara, and Ogadeni) in Somalia (Islamists) and Djibouti’s disenfranchized groups. Opposition figures from neighboring countries have been given offices and/or bases in Eritrea.

Last week General Medeni AlHarith visited Eritrea and worked with Eritrean officials on several agreements that President Isaias Afwerki and President Omar AlBeshir would sign.  One of the treaties is a travel agreement enabling Sudanese and Eritrean citizens’ cross-border travel with the use of the local identification card. The second is a prisoner exchange agreement that the Eritrean government is demanding to be able to deter people from escaping to the Sudan. The Sudanese have been reluctant to sign such an agreement though senior security officers have cooperated with the Eritrean government in repatriating wanted elements to Eritrea.

Colonel Wedi Kassa (not related to Eritrea’s National Security chief) who escaped to Sudan in April could have been deported back to Eritrea because the PFDJ strongly asked for his return and PIA made personal request that he be returned.