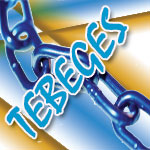 George Bernard Shaw is quoted as having said “liberty means responsibility, and that is why most men dread of it.” The responsibility of which Shaw spoke requires endurance, vision, and patience. And yes its reward only comes after periods of toil and opposition. When one sees the cause of liberty advanced, or the general welfare of the people increased, and the transition of power politics to our people is in the horizon, the active mass has no alternative but to continue to build on the success so far attained. For some of us this will be the common ritual and the stamina to altruistically and voluntarily work towards that end.

The Addis conference is the first chalk up victory for Eritrean people. Much like the citizens of Ukraine and Lebanon, the Eritrean civic society and individual citizen flocked together to Addis in unprecedented wave, to confer with the organized political organizations, aimed to resolve the difficulties of today and tomorrow. The conferee came out with promise, oath, and good check the public to cash out. Now the transitional door is open and the liberty of responsibilities is in the hand of the people, if we the people are ready to work with the political organizations hand in hand to build the palace of justice.

Indeed, this is something new in our politics and a paradigm shift in the relationship of our people and the political organizations. By virtue of the process the seeds of good politics are sawn to germinate and flourish, and I think the conference has navigated new bonanza to change the body politics of the opposition camp for good. In political profession “boldness or vision” is a risk, and a risk is something to be managed and reduced. As a result reform is only pursued when the political calculus says it – should be.

For more than a decade, the political organizations within the umbrella of EDA were unable to resolve their differences to focus into the collective issue of our people. They have suffered by walkouts and boycotts in the process of forming “a working coalition of leadership” in every attempt of their meeting. The void which was created by the absence of reform and the reliance on spin as modes operand halted every possible change in their politics. Now cognizant to the power of ordinary citizen and the role of civic society, EDA seems to be ready to reform than ever this time. We have seen significant migration and evolution of power in the last conference. They understood that power should be adjudicated and distributed by the people to the political organizations, but subject to accountability. And, this is the momentum we have to keep up as we move foreword with commission.

Though we are not yet there, politics nowadays, became less an art and more of science which is subject to measurement and quantifications. Avoiding myself from subjective judgment, career politicians can tabulate the positive and negative reactions to the outcome of the conference and chart it into linear or bar graphs. Alas, we don’t have the know how to key the outputs and performances of the variable indicators. Therefore we can only use the classical measurements at this time by testing the moods and readiness of the public to engage in the current political discourse and participate on the agenda of the commission within its mandate. The mood and readiness of the public is astoundingly positive to that effect. The question is will the boycotters join this time?

EPDP obdurately declared Addis conference as a complete failure and thus they will not abide by its outcome. Ah! Good guys bad politics. I don’t know the measurement or the benchmark of success viewed by EPDP other than the endless complain to their counterpart. But one thing is for fact, that nothing of the recent success (be it small or big) is achieved in the last 10 years of the life span of the so called EDA umbrella. We know the historical setbacks of the walkouts and boycotts and nothing harvested out of it, except it feeds apathy to the public mood.

Interestingly enough Amanuel Iyasu (of Assenna) in his reportage under “ዋዕላን ዕላን” had said these poignant words, and I quote “ካብ ፍሽለት ናይ ሓደ ፍጻሜ – ዓወት ምጽባይ መርኣያ ቅኑዕ መንፈስ ኣይኮነን:” I can’t agree more. Now EPDP you can’t lose heart and ethically flawed. Fight your demons as we are fighting our demons, and break the chain of egoism and work with your compatriots to stop the unnatural death of our people. There is no substitute for engagement with coherent argument. I called it simply “another test.” It is a test how to pass swimming with the other stakeholders in this difficult period. You can’t live in a bubble of your own and you can’t build social contract by boycotting.

Imagine and remember the despair of our young trapped in the serfdom of the tyrant. Imagine and remember the hopelessness of our young who are leaving the nation in a drove in search of adapting nations. Just feel the daily knocking heads from our refugees, and tap to people’s anger and nation’s sadness to heed the call of our time. Be reminded that all the effort of the conference is to resolve these excruciating realities rather than for power brokering. Instead of backbiting and indulging in futile whining, clear differences, disputes, or misunderstanding by engaging.

Indeed those who went to convene the conference with optimism have to share something with you. Good news is rare, and the Canadian delegates came with such rare good news. Their people to people diplomacy has opened a new hope to our refugees in Ethiopia. Hundreds of young Eritreans will be admitted in different universities of Ethiopia for undergraduate studies. Just now 100 students enrolled into Addis Ababa university (AAU) from the refugee camps; Thumbs up to the Canadian delegates for a well done job, and many thanks to the president of AAU for his enormous gesture of humanity and brotherhood.

Who can forget the recent diplomatic success of NCDC by engaging with the Ethiopian government to open the freedom of the refugee to leave the camps; and those who opted to do so can make their living in any part of Ethiopia. The irony is there will be still organized elites who will see with negative eye and suspicion to these courageous moves. To those who are on “Oasis of Pessimism,” the Eritrean people have its own judgment, and we can only say don’t worry.

Equally and at the same time, we are cognizant that anytime we work with human beings, we are subjected to complexities of relationships, trust, credibility, and communications. And yes the nuances of getting other people to engage in the needed discourse or not to engage to what obscures the path of forward moving. On balance, it is all about engagement, politics, and influence. It can also be said that citizen are engaged for what they know and fired up for who they are.

Inducement of Framework and Process in Politics

Generally speaking being philosophical about something suggests being sensible about one’s own disappointment. However, traditional philosophy does not offer enough of the knowledge we require to understand the frameworks that underlie people’s decision process. Evidently, we need a deeper and more analytical insight into decision making structures in general. So, what are frameworks and processes? Frameworks are some combination of structures that has been put together for particular purpose while processes are series of actions or steps that follows pattern corresponding to some frameworks.

Here, one of the idea central to my premise is that there are limited kinds of decision structures, and that all decision practices should fit into these structures. Brugha (1998a, b, and c) had carried out extensive trawls of qualitative structures that emerge from either established systems or empirical evidences. These indicate that systems that didn’t fit into the dialectical structures of “committing and convincing” appeared to be based on balances between opposites or contrasts.

In order the Commission for Democratic Change (CDC) to make adjusting processes in the frameworks, they must use an approach based on asking questions that have dichotomous answers. The questions they must address are: what kind of problems they might encounter? Should they involve on more planning? Where was the focus of the problem? Was EDA more concerned with the leadership style or with the issues of our people and the nation? Which way is appropriate to solve the problem? Indeed, combining the answers to these dichotomies will lead the commission to the formulation of adjustment activities, which I hereby call it “adjustment system,” because it renders remedies to the imbalance in the dichotomies acts as mechanism for reducing the tension between the stakeholders.

Adjusting is completely different to committing and convincing, in that adjusting seeks to find the balance. In other words adjusting is more objective while on the other hand commitments and convictions are subjective. Understanding the concept of “adjusting activities” will reduce effectively the “pull activities” of the stakeholders in the adjustment decision making.

In concluding my remark, here is my modest advice to our compatriots of EPDP: You are not locked enemy to each other and there is no need of “united wall” against NCDC and now the Commission. Boycotting exudes mournful tone and that anger aims straight for the emotional solar plexus. But, learn to sublime your anger and come to the fold to feel the warmth of the other suns.

For the purpose of magnanimity, it is high time for EPDP to stop the Nixonian shady tactics and tainted radioactive politics. Come to the loop and work with the commission to resurrect the political stability of the opposition camp. It is we the people who determine the history and the direction of our nation as the migration and evolution of power devolved to our people. If I may borrow Truman’s words to reinforce my argument, I have never given you a hell. I am just telling you the truth, and you must not think it is a hell.