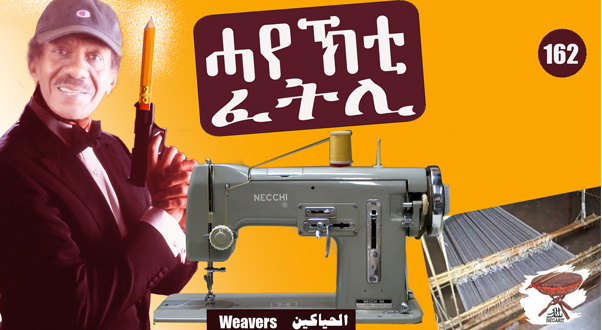 Comments reflect the commentators’ character. While some are insightful and they help sharpen one’s views, others are vulgar, uncouth, and primitive in nature. But still one can learn from them about the different segments of our society and how they think, their prejudices, perceptions, and worldview. One should not be annoyed by them but on the contrary, take the opportunity to dissect and understand the negative, ignorant, and insulting comment. They go deep into the psyche of the people who utter them, whether they are civilized persons or brutes, whether they are decent or ill-raised, whether they are intelligent or morons. That’s not a difficult task, even fake palm readers can do it! In a way, comments are a treasure trove for thinkers, writers, and political activist. However, reading nasty comments while in the wrong mood denies one a valuable learning opportunity. Comments are like forensic evidence, just like a fingerprint helps investigating low officers collect evidence and lead them to the culprits and their motivations.

I have the habit of studying our cultural, traditional, and social behaviors to reach to the root causes of our perennial problems. But the results may discomfort some sensitive people who would rather hush such issues. However, I have paid the cost of the license to continue doing that, regardless.

Conservatives and traditionalists oppose bringing dirty linen to the open. However, reformation cannot be on hold forever to appease them. In addition, that is what scholars, intellectuals, and social scientists are supposed to do—I am sure the many qualifies scholars and enlightened intellectual (and all rational people) agree with me.

For me, every foolish comment suggests an idea for an episode. It’s my raw material, not totally useless. Today’s episode is inspired by one such prejudiced and bigoted comment that does not only undermine the weaving and tailoring profession businesses, but also exposes its ignorance about the lucrative fashion industry. I believe the nasty commentator has inherited it as a wisdom to help him inflate his fascistic tendencies.  I thank him for inspiring this episode on basic social science.

Condensed History for the Layman.

The ancient human beings, whom they refer to as abowatna or our ancestors, lived thousands of years ago and only a fool would think they are related to them other that in the evolutionary sense, not in a familial sense. The ancient hunter gatherers are the ancestors of all humanity who in search of food, gathered nuts, wild fruits, and other food in the shrubs, the trees, and inside the ground. Gradually they discovered that seeds grow and produce more seeds—thus, primitive farming was born. Then they learned to curve hunting and farming tools and improved their livelihoods. In time they domesticated animals, settled in prime locations, and societies grew in numbers. Of course, they started to fight to defend their territories like wild animals and still human beings fight to keep that legacy.

If our ancestors found their farms didn’t produce enough, or they couldn’t find enough animals to hunt, or if environmental disasters hit them (draught, earthquake, floods), they raided their neighbors to grab their food. And all the time they wondered and looked around them to find out why natural calamities happen! And then they believed and found explanations and solutions in religions.

In the meantime, Hamlets had grown into villages that in turn grew into towns and led to better organized societies. As populations grew, competition for resources became tougher; to keep the meagre resources within the family, they were helped by traditional alliances and marriages. Their cultures developed and traditions became laws and regulations. In parallel they developed specialized craftsmen who produced tools.

Humanity had to have clothes to protect them from the elements and they found that in skins and hides that were greatly improved when people learned to use cotton. Weavers and spinners emerged to make finished products from wool and cotton. The number of unprotected naked people roaming the earth started to dwindle. Until then, people walked with their private parts exposed though today, unfortunately, there are many in that primitive state. Here, the classical image of Adam and Eve covered by some tree foliage comes to mind.

As villages grew into towns, they attracted traders and artisans who found a centralized place where they could get raw materials, customers, and efficient nucleus to distribute their products from. Under the leadership of an elderly, or a clan chief, communities expanded their territories, mostly by invading closer places. Thus, the basic task of forming an administration (later a government) become more complex and the wheel of civilizations slowly moved ahead.

Some people miss the fact that the craftsmen and artisans were offspring of farmers who abandoned life in the villages and moved to the larger towns where their skill was more profitable and easily marketable. However, while some people who had the necessary skillset, or enough ambitions moved away, those who preferred farming stayed put in their villages. A few who saw no reason to leave their villages found ways to supplement their income by raising animals and selling them as food, but others were so bound by traditions they never adopted to the changes in the economy.

Frozen in Time—the Promoters of Ignorance

Why are we in such a sorry situation in this post-modern world?

Though it’s not easy, unlike any time in the past, in today’s world developing a society is much easier because resources are more in abundance and relatively easier to access. But the most damaging burden to any society are those who prefer to stay frozen intime, people unwilling to adopt to change but struggle to live the way their ancestors lived a millennia ago.

In Eritrea we have cultures that are associated with different economic segments of the society, mainly herders, pastoralists, sedentary, and fishermen. Generally, each segments thinks the others are inferior to it, even when the reality is otherwise. There are some who think they can develop a nation equipped with the military skills alone, ignoring the role of artisans, craftsmen, and traders in the development of a nation. However, without the full participation of these sectors a nation cannot be ushered to the gates of industrialization. Of course, the backbone will always be those who produce food and the essentials of living. But if you see today’s Eritrea, there are many people from different segments of society whose members never thought they will ever become tailors or weavers. Traditionally, small shops have always been run by the entrepreneurs from smaller segment who benefited from living in urban centers.

Unlike city dwellers, village people do not consider education vital. They have fewer role models they want to emulate and be as successful, and they rarely equip their children to compete and excel. Urbanites are more flexible and adopt to the changing times and they have no qualms in changing their career path. They have no taboo in learning skills that are traditionally shunned in the villages like trade, tailoring, blacksmith, goldsmith, etc. Imagine Mr. Adem Ali, a men’s suit designer and tailor who was awarded a high fashion award from Europe!

In the case of Eritrea, enlightened religious institutions had played an important role in spreading education to a varying degree—the Catholic and Protestant institutions and to a lesser extent others, have played an important role. They left their fingerprints in urban centers as well as in remote villages, and their success is visible, mainly in Massawa, the Mensa’e district, and Senhit and Dekemhare. As far as exposure to foreign cultures is concerned, the tolerance of the Danakil (Assab port) and Semhar, Massawa Port), is exemplary. They have interacted with many foreign cultures since a longtime and they have no xenophobic attitudes. Imagine the Nahari family, the famous pearl merchants from Dahlak? The patriarch of the family used to travel to Europe, deal with banks, and trade with far places from India to France and England long before the well over a century ago. You cannot find that kind of exposure in any other place.

Unfortunately, many people boast about the 3000-year-old Abyssinian civilization. Alas, there is nothing to show for it. Certainly, that abused civilization flourished by trading in many things (unfortunately, including slaves trade). But why does the region remain the least developed region with embarrassing illiteracy rates? Sadly, the region couldn’t even capitalize on the musical genius of St.Yared and istead excelled in the business of wars! That is still the life of the region in post-nation-state era. And that culture is sustained and cherished by segments of the elite who should know better.

Of course, the adhering to yesterday and forgetting today has made the future foggy. People encourage the primitive lifestyle and do not think much to change their life. If a farm doesn’t produce enough for a good life, naturally people move out or change their profession. But clinging to a farm that produces a few sacks of grain leaving a family in perennial poverty is unwise. If your farm doesn’t produce enough, leave it, settle in another place, and make a better life for yourself and your family. Leave your primitive farming tools, including the five goats, and if lucky, the donkey you own, and get a better job elsewhere and send your children to school instead of condemning them to miserable life like yours. Give them a chance to become engineers, a doctor, educators, entrepreneur, or even to be the “despised” of the ignorant, the “petty bourgeois” of the struggle era!

The Topic Is Counter Ignorance

Going back to our topic, many did just what I mentioned above—they inherited the weaving skill in their villages, then settled in cities with bigger markets, and salvaged themselves from and poverty of villages. Of course, when sewing machines were introduced, the weavers of yesteryears became tailors (part of today’s billions of dollars’ worth fashion industry). Unfortunately, brutes dressed in taters, who could not think beyond the confines of the hamlets they grew in, consider it an inferior job worth insulting! And funnily, they blubber about forming a fascist state—how do they plan to live if they do not recognize the role of vital skills of citizens?

I wish those who are appalled by the foolish, bigoted, racism, and sectarian mentality would engage this ignorance and expose the perpetrators for what they are. The silence of those who shouldn’t be silent is deafening—and quite, sotto-voce private condemnations doesn’t match the level of the noise.

I chose to speak out after I calmly watched the unchallenged abuse and dehumanization of sectors of society for too long. I found out that our combined silence is being interpreted as a tacit approval of the nasty pathetic behavior, and lack of compelling arguments.