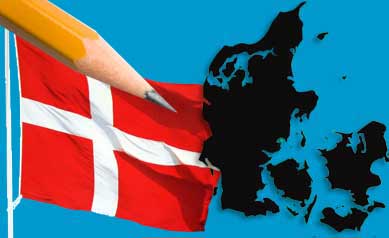 The “Country of Origin Information unit of the Danish Immigration Service (DIS) sent a mission to both Eritrea and Ethiopia to gather information and make a report” for use in the asylum determination process of Eritrean asylum seekers.

What comes glaringly in the report is that the “information gatherers” presented the views of those who support the repressive regime and those who have been fighting for freedom and have been wailing to make humanity aware of the suffering of Eritreans were ignored. It seems the report was meant to be a duplicate representation of the debate that has been going on between the freedom camp and the repression camp for a long time. They could have easily prepared that report without leaving their desks, unless embarking on the excursion trip was due, and vacation was a must. They could have googled the views of supporters of the regime, Eritreans and foreigners alike, vultures who have a vested interest in maintaining the status quo, and the alternative voice of the voiceless Eritreans who cannot express themselves freely.

Commenting on the report, an Eritrea analyst wrote, “to prepare such a shameful narrative in order to justify their policy choice is indeed low.”

True, Denmark could seal its borders with a Great Wall, it could deport asylum seekers, and if that is difficult, it could appoint its Neo-Nazis to run its immigration department. But it has no right to transgress on the rights of Eritreans by falsifying their sad situation with a botched up report, and make them sacrificial lambs to pass a xenophobic law.

Reporting on-the-one-hand-and-on-the-other-hand stories is a lazy work that doesn’t serve anyone because it evades the truth. A fact finding mission, by able researchers, known for their political neutrality, free from any racist undertones, is what was needed–if the tons of evidence by competent entities is deemed unreliable by the geniuses of Denmark.

All the officials from “Western” embassies, that the reporters assigned identifying alphabets to, are obviously motivated by the need to curtail the flow of refugees to “Fortress Europe.” Unfortunately for the suffering Eritreans, the reporters and their sources seem to be serving the same goal, thus politicizing the truth and doing a disservice to the plight of Eritreans.

One of the sources of information indicated that, “If the Western European countries do not halt their policies of granting asylum automatically to more or less all Eritrean asylum seekers, they will see a steady increase in the number of Eritreans coming to Europe.” A clear inhumane, scare-them, instill-fear-in them, type of message.

Unfortunately, that kind of fear is what the report aims to instill on policy makers who we hope are more humane than the reporters of the mission. We certainly hope they are not as insensitive, and as callous as the source from country B who is certainly a xenophobic person.

The fact that “in January 2013, there was an attempted coup in Asmara and that the armed vehicles that were used in the coup drove 120 km from Senafe to Asmara without being stopped or attacked” is a statement supposed to prove that Eritrea is a free country and anyone can move freely. If the source who made such a statement is a diplomat, it is a shame.

In militarized Eritrea, most of the vehicles on highways are either military or regime owned, even if they are buses. The sources should know that no one stops tanks in a highway for a search. In this case, even a layman would ask: why did the coup fail? Would it have failed if the security tentacles of the regime were as lax as the source makes it appear?

It’s a known fact that some Western countries have always been too selfish, and too self centered to genuinely sympathize with the plight of Eritreans. If they can stop the flow of refugees to their privileged countries, they do not mind fattening a repressive, monstrous regime to step on the people even more confidently–they would watch silently and wouldn’t wake up until they see more violence and more repression than what is prevalent now. But what would be worse than the current repression? Unfortunately, only “Western embassy” B, Y or Z, can answer that .

Apparently, the report was gathered in Ethiopia and Eritrea, basically in Asmara and Addis Ababa, the capital cities, the only places that provide five-star hotels. And the Herculean task was accomplished within 7 days in Addis Ababa and 17 days in Asmara. Travel time, entertainment time at the known places, and other time-consuming necessities and annoyances of life included. In what was left of the 17 days, it was abracadabra, and the suffering of Eritreans for the last twenty years was ruled non-existent.

Reports that thousands of victims recounted and suffering of thousands of victims was belittled, and dismissed as irrelevant because it was “published by stakeholders with no or little direct access to Eritrea.” Doesn’t the lack of access in itself tell a profound story? But the report has the audacity to insult the intelligence of so many researchers, entities, and world organizations. It seems Amnesty International and Human Rights Watch have failed to find out in years, what the small Danish team of fast-writers uncovered in a matter of days. In a way, they concluded that Eritrea is a bastion of freedom and liberty! Long live the repressive regime of Isaias Afwerki!

The report justifies its erroneous and vicious motives by discounting other reports as “hitherto available reporting on the conditions in Eritrea to a large extent seems to be based on information obtained from sources that were not present in Eritrea or on interviews with Eritrean refugees abroad.” Therefore, all Eritreans with psychological and emotional scars: your testimonies are proven to be lies. All raped women: it didn’t happen to you, you are just imagining it. All of you who sold your houses, depleted your life savings, and panhandled in places of worship to collect ransom money: you are swindlers. Ransom doesn’t cost as much as you claimed, but only a tiny fraction of that. Maybe “Western Embassy B” is running a sale on the price of trafficking people! The Royal Danish reporters wants it that way though they couldn’t state all of that without a tint of racism which can be detected in the report.

No one wishes to include the cruelty of the Danish “information gatherers” to be etched for posterity and embarrass future generations of Danes if what happened to a few unfortunate Jews in WW2 is repeated with Eritrean victims.

History tells us that “from 1935 Denmark rejected Jewish refugees at its borders, and that it expelled twenty-one Jewish refugees to Germany in 1940-1943 most of whom were eventually killed.” How many Eritreans do the information gatherers want to send to the gallows?

It would be understandable if the “information gatherers” sourced their information from the South African ambassador in Asmara–for all intents and purposes, he is a mouthpiece of the oppressive ruling party, and its loyal cadre. It will be understandable if the source is the Italian embassy whose government is playing the same pragmatism game it played when Eritreans were being bombed and burned by the Ethiopian military rulers who replaced the Ethiopian emperor. The Italian government let down Eritreans then, and it is letting them down now. Humane values should force them to acknowledge that the colonized of yesteryear deserve to live freely, like the Danes, like the Italians, like everybody else. Freedom doesn’t limit itself to geography, color or creed. It is a human right that Eritreans aspire to achieve.

Europe wants to limit the flow of refugees, and that is understandable. Any country does it. However, the policies that a few European countries are contemplating (promoting and sometimes implementing) is counterproductive. If the tyrannical rule in Eritrea continues, Europe should brace itself to receive rivers of refugees, much more than the numbers over which it is losing sleep. The best option would be for Europe (and the West in general) to close its funding channels that is feeding the tyrant and his regime. Similarly, it would be nice if the West fired all the sub-contractors that they fund because they are making matters worse. It is also important to deal with the Eritrean crisis based on respect for the people, based on universally accepted criteria of human rights and governance, not based on a false hope for stability. Appeasement never helped a beleaguered people that would one day snap, nor did it solve a problem.

European cajoling, funding, and stealth support has fattened the Eritrean tyrant. And such politicized report on human right issues, a report that whitewashes the blatant aggression of the regime on Eritreans, is despicable because it boosts the tyranny at the expense of the people.