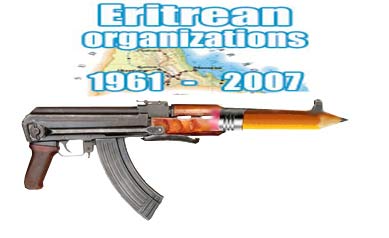 This chart was first published on March 4, 2007: To place the current split-merger-split phenomenon in its historical context, we began researching the preparation of this chart in 2003.  It is an ongoing project which we hope someday will appear in a book format so that a narrative can explain each box, each arrow and each line.  In the meanwhile, take this a draft–a beginner’s guide to understanding the different organizations which have been a part of the Eritrean political landscape from 1961 t0 2007.  We welcome any input, corrections or updates.

Over the last seven years, we have been adding and updating the contents that go with this chart. It is still work in progress which we hope someday will be published. 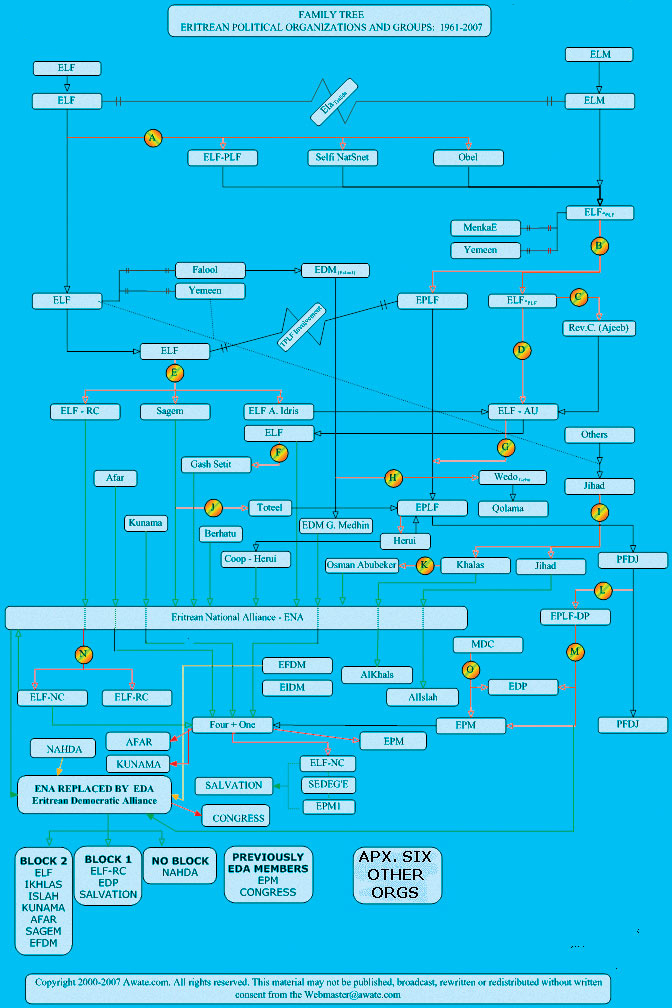