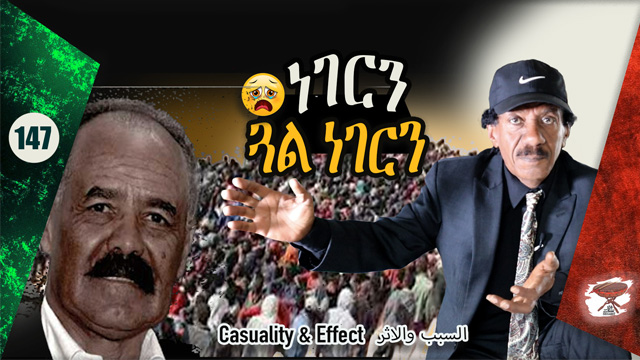 Living in Eritrea, far from the Sea, I only knew canned Sardines. Then I went to Massawa and tried grilled chunks of fish—I thought Massawans were pulling a joke on me, giving me beef, and claiming it was fish!

Years later I lived in Jeddah and AlKhober but never cared for fish. Then I moved to Bahrain– it seemed the Bahrainis eat fish for breakfast, lunch, and dinner. Why is most of Eritrea not used to eating fish? I would have liked to ask Alamin Mohammed Saeed about that.

Sardines are not the only fish variety

The first time I went to the Bahraini fish market, I discovered there are dozens of other fish verities beside Sardines. I laughed when they showed me two almost similar fish and told me one is Haamour, a popular tasty fish. I asked what the names of the second fish was. They told me “mere’t Hamour, seyti Hamour”, Hamour’s wife! Here are names of a few I fish verities: about BeyaH, Bassi, Saffi, kenAad, SebeiTi, sheEri, Haqool Kerqafan, Andeq, Rabbib, Shekhel, Kdd, Anfour, JenAad…

My ignorance surprised my friends… ‘Isn’t Eritrea on the Red Sea, how come you don’t know about fish?’ That embarrassed me, but I shrugged it off, ‘leave me alone, it’s all fish, Aasa, Semek. However, gradually we got used to it; twice a week we had fish meals.

I wish the PFDJ lets the coastline Eritreans handle the fishing industry; they would do a million times better than the PFDJ conglomerates. They will not waste their time counting ships that pass like Alamin apparently does, they will introduce fish to all Eritreans and teach them how to deal with the nasty bones. Today, a few people who live close to the sea know about fish, but still our cuisine is so poor when we have so much fish resources.

In ancient times Eritrea didn’t have roads to distribute fish all over Eritrea. It didn’t have enough power for refrigeration. But now, thirty-one years after independence, why is Eritrea where it was in 1991? And the supposedly leaders of the country like Alamin boast that Eritrea owns hundreds of miles of shores of the Red Sea with hundreds of islands. However, by now, a large portion of the peoples’ diet should have been fish. It’s not. Why should Eritreans run short on food when seafood is abundant?

Every other Eritrean singer and poet mention the Red Sea—including the late Yemane Gebremichael who left us a timeless song, “I miss the port of my country.” In only the Danakil of Eritrea were left alone, maybe supported a little, they could feed ERITREA . If only the businesspeople were left alone, they would have developed the fishing industry—including marketing.

I once watched an ERiTV program about a fish festival in Massawa? But do Massawans need a promotion to be introduced to fish? It would be like promoting injera in the Highlands! Why not focus on promoting fish in the regions that doesn’t know it?

My question is to Alamin, the supposed leader who loudly boasts about Eritrean marine resources but spends his time counting ships that pass thorough the red sea. Even during the Ethiopian occupation era, Massawa used to be a vibrant port where tens of ships berthed for supply. During Haj season, they threw anchors and waited there to transport the Hajjis back to their countries. People from West Africa trekked to Massawa to sail to Jeddah for Haj. The Danadai company had ships transporting bananas, pepperoni, bananas, and citrus fruit all over the region. Massawa used to be a favorite place for sailors who busied the narrow streets of the port city. But in the beginning of the 1970s, all that business stopped due to the war–what did the PFDJ regime do to rehabilitate the port business in the last 30 years except boasting? And my question to Alamin: why is fish not a popular Eritrean diet until now? Where is the infrastructure to help food security and provide healthy fish diet to Eritreans? I don’t think he nas an answer, he has been on the ‘Feel good propaganda drive’ for decades. However, in his latest interview he boasted “Eritrea is wealthy in ecology”, whatever that means!

In 1989, the oil tanker Exxon Valdez, spilled over a million barrels of crude oil in a few days when it run aground in Alaska. It was a big ecological and commercial disaster that affected 2000 kms of shores and made the incident a yardstick for such disasters. Decades later, contamination of the ecology still exists in the area. And in case Alamin doesn’t know it, there is another crisis looming on the horizon and it could affect Eritrea.

The SFO Safer is a ship build in Japan and launched in 1976. In 1987 it was redesigned and bought by Yemen to be a stationary oil storage for the export of crude from the Maareb oil field, to which the tanker was connected by an 8 kms offshore pipes. SFO Safer is eleven hundred feet long and two hundred feet wide and can carry more than three million barrels of oil. The ship arrived in Yemen 1988.

Before the Houthi Yemeni war in 2014, Yemen spent about twenty million dollars a year to maintain the tanker and tens of people worked in it. But since 2017 it has been crippled there with a million barrels of crude oil and it’s rusting, technically, almost dead. The ship generators do not work, and the remaining skeleton crew use generators to produce power for essential use.
Any spark, a serious leakage or a hull damage might ignite fire on the ship and put the million barrels of oil on fire. The ship could also sink and spill the oil in the sea; that would spread and reach Eritrean shorelines between Assab and Massawa, and north, to the shores of Saudi Arabia engulfing Gizan and the Saudi Farassan and Eritrean Dahlak islands. The ship is a time-bomb floating around 250 kms across from Eritrea. And it’s even worse…

It is believed the Houthis have put mines around the tanker and the officer who knows the location of the mines was killed. The tanker could explode anytime as the New Yorker says, “Last year, the skeleton crew had to make emergency repairs to a cracked pipe leaking seawater into the engine room; a sinking was narrowly averted.” A question to Mr. Alamin and his colleagues: what is the Eritrean contingency plan? The spill threatens the ecosystems of the Red Sea and would hamper the busy shipping lane. Insurance would skyrocket and the spill from the Safer could take months to clear costing an estimated twenty billion dollars. “A fire or an explosion on the Safer could pollute the air for millions of Yemenis and others Red Sea fishing industry will be damaged.”

Note: When Saudi Arabia entered the Yemeni conflict, it predicted fighting would last six weeks; instead, it has endured for more than six years. It’s like Abiy’s illusion—he though he will finish the war in Tigray in two weeks! We know how things are going on both fronts.

No agreement has been reached on how to deal with the SFO Safer because the parties want a share of the profits that might be generated in the process, and the Houthis expect a good portion of it.

And finally, Newton’s third law says, “for every action there is an equal and opposite reaction.” Why are Eritreans drowning in high seas? Why are they being imprisoned indefinitely, why are they leaving their country, their families and risking their lives in the process? Why are they being encamped in Libya? Why were they exposed to human trafficking, their body parts extracted savagely and sold to the highest bidder? Why? Why has demonstrations became the major Eritrean way of expressing anger, anguish, and the main component of activism? Do things happen in a vacuum?

Recently activists were busy campaigning for Eritrean refugees in Egypt who were at risk of being deported to Eritrea. In the middle of the campaign, a more serious problem appeared in Libya (not for the first time though) and activists redirected the focus to Libya. I don’t know what happened on the Egyptian case… This time, I bet if another incident happens, the Libya case will be forgotten. That has been the nature of the trotting activism; sadly, the results are not comparable with the efforts, and invested resources and emotions.

If you have a hole on the roof, you can either put a can to collect the drops and live with the noise and mud or climb up the roof and seal the hole. If there is a hole on the wall and it is bringing in freezing air, do you close the hole and solve the problem, or you would rather cover yourself with all the blankets in the house. What do you do?

All the major Eritreans problems are caused by bad governance, ineptitude and incompetence of the regime. The PFDJ is the hole on the roof that’s leaking with rainwater. Eritreans need to focus on the cause and remove it. And you can’t remove it by acting like firemen sitting and watching Television or sipping coffee until you receive a fire emergency call, then jump on the truck start the sirens, put the fire off or we fail, and return to the station to wait for another emergency call. Eritrean activism has become like firefighting.

It’s natural to deal with immediate problems with the best we can; but resist being overwhelmed by current events and wait until the next disaster happens (we know it will) for people to react.

Eritrea must have a government it deserves; making that happen should be the major occupation of Eritrean activism. The attentions must remain focused until Eritrea becomes a peaceful, just, and stable country. In the absence of that, it will continue subjected to the like of Alamin’s (and his boss) cadre-talk, that gets Eritreans nowhere.

May Eritrea be just and peaceful, and it will be. Amen

The New Yorker: The Ship That Became A Bomb.