Posted on December 10, 2014 by awatestaff in Awate Team 14 Comments 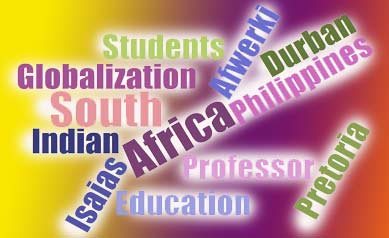 Why are Eritreans leaving their country? To most observers the reasons are clear but a few might not understand why many Eritreans do not return to their country once they leave. Today we present two archive posts as reminders of the push factor that has been active for a very long time in Eritrea, most of the time promoted by Isaias Afwerki himself.

The first of the two archive items is by Gedab Newsm, posted on Dec 5, 2004 (ten years ago); the second is a report filed by a student from South Africa and translated by the Awate Team, posted on July 8, 2002 (12 years ago).//Awate Team

Three top officials of the Eritrean government–Dr. Welday Futur, the Minister of Development; Mr. Osman Saleh, Minister of Education and Dr. Weldeab Isaac, President of University of Asmara, are currently in South Africa in an unscheduled visit. The purpose for their trip is twofold: to persuade Eritrean enrolees at South African “technicon” colleges to return to Eritrea and to negotiate new terms with the South African educational institutions.

Their visit is timed with the December graduation of students enrolled in undergraduate studies.

Citing the deteriorating human rights conditions in Eritrea, nearly all graduate and post-graduate students who have completed their studies in South Africa have refused to go back to Eritrea. In a meeting convened at the Johannesburg technicon, PFDJ officials informed the students that their November and December stipends would be withheld and paid only after they return to Eritrea.

Withholding stipends is a tool used frequently by the government, according to students in South Africa.

Meanwhile, after concerted efforts by Eritrean students, the University of Pretoria disclosed on Friday that it no longer feels bound by the contractual agreement it had entered with the Eritrean government.

The appeal by the senior government officials contrasts sharply with that of President Isaias Afwerki. In a meeting he held in Durban South Africa on July 8, 2002, Isaias Afwerki had informed the same students that, thanks to globalization, he is not concerned whether they return to Eritrea or not.

Isaias in South Africa: The Q & A Session With Eritrean Students
By Reported By “Harnet Seb” Translated By Awate Team
Jul 8, 2002, 13:14 PST

Student: Regarding those in prison, when will they be presented to a court of law?

Isaias: Who was jailed? When?

Isaias: How do you know?

Student: We have no news of him. He is missing.

Isaias: What is his name?

Isaias: If there is no news, then he is in jail. Perhaps he had contact with traitors, Talibans or Jihad.

Student: So, when will he be presented to a court of law?

Isaias: When we feel like it.  In a closed session of the Special Court. Do you know Guantanamo, in Cuba? That is where America is holding Taliban prisoners of war.  Just like that. They are a national security risk. (Disruption continues)

Student: Why did you close the churches?

Isaias:  Because they have foreign influence…From what little I know, [he continued about the introduction of religions in Eritrea…it was tiresome].

Student: What will come of the people whose land, water and woodland has been taken over (He was taken aback by this question)

Isaias: People whose land has been taken over…

Student: I mean, the border issue.

Isaias: It seems to me, mankind is more precious than land or woodland…there is a little land that has been taken in the Tsorona area; it is not much. We will relocate the people in a land of their choice. The government will also provide assistance. As for me, mankind is above all else.

Student: What measures will be taken to encourage the people here to participate in the Warsai Yeka’alo Initiative? If it is, as it were, work for 150 Nakfa, isn’t it preferable to choose to stay here?

Isaias: I had anticipated this question. When I was leaving Asmara to come here, they told me, lest you vanish, to meet with you and advise you to come back home. I told them, “let them try!” Globalization is Equalizer. If there is money, there is no problem. You can import people. In the past, we looked for and couldn’t find laborers and construction workers. We imported them from Sri Lanka, the Philippines and India. Yesterday, we were looking for five architects and we brought them from the Philippines. If we cannot find a professor, we go to India and import him. So, if one says “I want to go to America,” let him try it.

There were no more questions. They announced, “Time is over” and we stopped