Another Boat Capsizes In The Mediterranean Sea 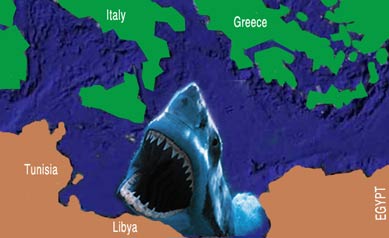 Many are feared to have died after a rickety ship that was carrying them from Libya to Italy across the Mediterranean Sea capsized on Wednesday, August 5. The International Organization for Migration estimates there were about 700 passengers on the ship when it capsized roughly 25 kilometers off the Libyan shores in Tripoli.

According to latest reports, including UNHCR, about 400 people were rescued while approximately 35 bodies have been pulled out of the sea. However, survivors indicated about 100 people were travelling in the hull of the ship and if that is the case, they are less likely to survive the accident.

Similar to previous tragedies, the boat is believed to have capsized when the refugees moved to one side of the deck upon seeing the rescue vessels, thus, the boat lost its balance and sank fast.

More than 2000 people have drowned since the beginning of 2014, but it is likely the Mediterranean Sea has swallowed hundreds more victims in unrecorded boats that sunk before sending out an SOS signal.

In addition to Italian helicopters and coast guard ships, Irish and French vessels, including some that sailed out of Malta are involved in the rescue mission.

A refugee who is waiting his turn in Libya to take the next trip to Italy said that many Eritreans were on the ship but he is not sure of their number. He said, “nowadays it is mostly Eritreans,” he added, “The traffickers find cramming 700 or more in a ship that should not even carry half that number profitable; to them refugees are just a dry cargo– and we have no other choice.”

In order to combat the flow of refugees to its borders, the European Union (EU) has established a military task force to hunt down human traffickers who are taking advantage of refugees who escape their country in search of freedom. However, at the same time, “the EU is offering funds to the Eritrean dictator to persuade him to change his nature and be fair to his people so that they can stay home and not overwhelm EU shores as refugees.” In such a gesture, the EU is in consultation with the Eritrean regime to provide it with a 200  million Euro fund.