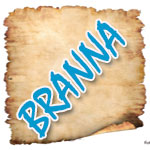 This article was the only article that I wrote in 2004 but was not posted on Awate.com because it violated a tenet: multiple posting. I had posted it on Gebeel and Dekebat websites and I just remembered it when I read Semere Tesfai’s recent posting. Here it is being reposted as is without any modification except for the following argument by Dr. Jeremy Sherman:

“….Psychopaths know how to frame their exclusively self-serving agendas as serving some higher cause. When they are going to use you, the higher cause is one you resonate with. When they are going to abuse you, they claim it is for a cause you should care about but don’t., out of ignorance or your own evil. We can detect psychopaths by their consistent inconsistency, the way they flip inconsistency from one higher purpose to another, but consistently in the service of what they want, at absolutely any expense to others.

So really, how can we tell who is budding tyrant?

My Turn On The Complexities Of Political Violence Vis-à-vis Non-violence.
(First published on March 19, 2004)

Why is it, lately, the issue of violence/non-violence becoming a “hot” topic? Is the idea of confrontation (armed struggle, mass uprising) to end the dictatorial system bubbling (reviving)? Or could it be emanating from groundless fear? Or is it WuhiJ keymetse Mengedi Wuhij Tsreg – just in case or is it Timely?

Whatever the case, our eminent writers are debating it. And if they debate, there is no doubt in my mind the issue, and the fear must be relevant and valid.

Non-violence (or peaceful way) is always preferred because of its inherent evolutionary and economic advantage in terms of Human resource (survival and reproduction) and material cost (saving and wealth). On the other hand violence (forceful resistance) arises (is born) from an oppressive relationship between the corresponding social (classes) forces in a society, be it rulers vis-à-vis the ruled; masters vis-à-vis the slaves; Imperialists vis-à-vis the colonized etc.etc. At the end though, whether through violence or non-violence, if the action is committed for the true benefit of the people (the mass), aside from the intermediate consequences, it is always beneficial.

In the absence (any system other than true democracy is full of it) of good relationship (based on the wish of the majority), non-violence might actually become a disadvantage and a roadblock to survival and wealth and all its associated benefits.

In modern parlance the word violence is so repulsive no one wants any association with it. Actually opposing forces, groups and individuals hurl the word at anyone who contradicts their interest. But as a matter of fact since its inception the terms and connotations of violence or non-violation was and is always relative. Its meaning is a matter of perspective from where it originates. For the oppressed, the slaves or the colonized the behavior of dictators, the masters and the rulers is always violent.

And as a matter of universal truth, it is.

And for the dictator, the master or the metropolitan, the behavior of those who oppose them, even peacefully are always violent.

But as a matter of universal truth, it is not.

People (the masses), are by nature always peaceful and that is why it always takes time (the theory of relative maturity), for the masses to revolt in unison (mass uprising). And this is precisely why the masses always needs bright, visionary individuals or groups to monitor their situations (actually their silent suffering and plights). These groups or individuals act like early warning system before it is too late.

In the core of the early warning system is the essence of time…real time, because human history is full of “too late” tragedies. The famine in Wolo; the extermination of Jews in Europe; the slaughter of Tutsi in Rwanda and Brundi, even the history of slaves in North America will suffice to mention.

So is it farfetched to say the current situation in Eritrea is becoming “too late” taking into consideration the non-stop tragedies that started (not to mention the long history of colonization) from the war of liberation (and its consequent loss/disruption of normal life) up to the war of Badme (and its consequent loss/disruption of normal life)? And add to that the daily giffa, the restriction of the basic and natural rights of the citizens (control over movement, identity cards, militarization of education, imprisonment without charge, illegalization of free press…).

Some of our eminent writer might see the situation “half-full” and some as “half-empty”. But both will agree the current situation is dire enough warranting ample explanations and evaluations.

But saying the above, I can confidently assert that peaceful means (non-violence) or confrontation (violence) is highly dependent on time and its associated environment (oppressive) and not on the wish of the visionary (perpetrator) or fear of the doubter (be it opportunistic or naïve). Simply put no amount of wish can withhold it. Also the opposite is true: no amount of agitation can guarantee its arrival. If it is going to happen, it is going to happen.

If it happens, this is my advice for the pacifists: the outcome might not be what they are anticipating (projecting). Why? The damage is already done by the dictator himself and any subsequent damage will not be greater than wasting time through waiting.

And if it didn’t happen, this is my advice for those who espouse confrontational tactic: the ultimate beneficiaries, the people of Eritrea are not ready for it.

In both scenarios, the Eritrean people are the Deciders and Ultimately the Winners.