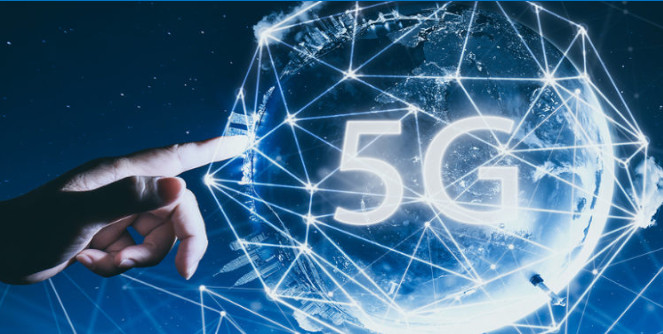 In a bid to stay ahead, industrial countries have entered the race to conquering 5G technology. If you are a tech buff, like me, you must have heard, read and/or watched something about the mad competition between countries and companies to master 5G technology and monopolize its market. Some countries are even embarked on full-blown researches to position themselves better in developing 6G while others are still struggling in acquiring 4G capabilities.

Wireless companies are vying to integrate your mobile phone, home and office security systems, computers, TVs and entertainment consoles, refrigerators, kitchen appliances, house and car doors. And all that without any wires coming into your home. Your cell phone will become your command center.

Similarly, in defense, countries are rushing to upgrade their weapon systems with an emphasis on design engineering, material science, developing guiding systems, and electronic warfare.

The most fascinating competition, nonetheless, is focused on computing sciences. The holy grail in the computing world, or the next “big thing,” is believed to be quantum computation, where quantum computers are expected to crunch astronomical numbers and execute commands at an unbelievably faster rate.

Additionally, artificial intelligence is gaining momentum with lots of money pouring into that field. It is thought to replace humans in areas that require higher computational capabilities and repetitious tasks, at least that is what the proponents of AI tell us. Some, however, doubt that AI will continue to be such a friendly partner to humans. They fear that one day AI will either replace the labor force or even conquer humanity and enslave it.

Well, for now, we are happy that computers are taking backbreaking and dangerous assignments. They are already installing, controlling, and cleaning radioactive materials; they are exploring outer space. Rovers such as Opportunity, Spirit, and Curiosity have roamed the surface of Mars, a planet that is 33.9 million miles (54.6 million kilometers) away from Earth, where, with the current space technology, it would not be safe for astronauts due to the hazardous environment of space.

Also, in other areas, such as biomedicine, agriculture, and engineering, the future is promising. Science is progressing at a rapid pace. And information has become the pinnacle of human progress.

With the advancement in information technology and with growing ties in commerce, the world has undoubtedly become more integrated and has become more interdependent. True,  we are becoming better at understanding each other; nevertheless, the world is still dominated by the few countries that have accumulated wealth and the means to weaponize it to subjugate others.

Thus, an aspect of human nature that has not kept pace with the technological leaps is man’s desire to occupy more, control more, exploit more, and consume more. The world is still ruled by ideas of the 19th-century’s greedy European rulers, who scrambled to slice Africa into colonies. Geopolitics continues to be drawn by the powerful; they continue to dictate their policies to the rest through their spheres of influence.

The USA and its satellites have been dictating terms on weaker parts of the world,  acting as the sole policing agency, and imposing their moral and political philosophies on small developing countries. The Cold War seems to have resurrected- this time, with a whiff of vengeance from Russia, reasserting its prominence. The world is not a unipolar anymore, and it is stocking deadlier weapons of mass destruction.

China is not the backward and negligible giant of the Far East: its burgeoning economy is getting hungrier by the day for materials and markets, entrapping poor countries in debt. There is a term for China’s predatory lending: debt-trap diplomacy. African countries are thought to owe China around $143 billion (link below). Some experts worry that China’s aggressive lending tactics lead to countries compromising their national sovereignty, as it happened to Sri Lanka. China is indeed considering Africa to be its pivotal springboard to spreading its global influence.

In our neighborhood, Kenya, Djibouti, and Ethiopia are among the nations struggling to finance their Chinese debts, which are becoming a significant threat to their nascent economies. They will have to divert a big chunk of their meager revenues away from social services and development projects.

The competition among the rich and superpowers to dominate the world is certainly heating up. China has already secured the honor of being the second largest economy, and it’s closing in to knock out America to become the largest economy in the world. However, the dominance of the USA is here to stay for the foreseeable future. And with that, its financial arms (IMF and World Bank) and its military weight will continue to impose its foreign policy on developing countries. Unless new technologies of extracting resources are invented, as the world population grows (estimated to be 10 billion in 2050), the competition will likely get more aggressive.

For now, however, getting an edge on developing and distributing generation five technology (5G) seems to be the battleground for the giants. And the theater is getting uglier.  The USA complaint that the products of China’s electronic giants ZTE and Huawei could jeopardize national security is a testament to the importance that superpowers have placed on monopolizing 5g. Thus, activities of economic espionage and theft of intellectual property continue to make headlines. The competition to monopolize markets and secure scarce resources will undoubtedly keep building up. The ongoing “trade war” between America and China is a clear sign of conflicts yet to come.

All the above advancements have come at the expense of developing countries that have been cheated, bullied, manipulated, and threatened by powerful entities (states, firms, and agencies), using contemporary strategies such as financial and security coercions. This, in addition to immature political institutions, which have pursued misguided domestic policies, has caused the developing world and particularly Africa to lag far behind the developed world.

The spectacular show of technology, however, is in full display, proceeding according to its logical postulate. However, the inequities between the haves and have-nots in sharing the fruits of advancements in science and technology are widening. Big corporations are siphoning brains of the developing countries. Countries whose economies are not positioned to benefit from the rapid progress of technology are severely disadvantaged. Notably, the economies of Africa are not integrated into world markets.  Hence, they can’t transfer technologies and know-how as fast as they will need to catch up.

Catching up will require massive investment in the educational sector. Also, marketing out key projects that could entice foreign direct investments, and making regional and continental efforts to integrate African commerce could stimulate the economies of the continent. The expectation is that such measures could curtail the brain-drain of the most talented Africans. It could also galvanize the skills and passions of the most motivated entrepreneurs, two essential ingredients to close up the ever-widening gap between the developed and the developing world. That, to me, would be akin to conquering 6G.