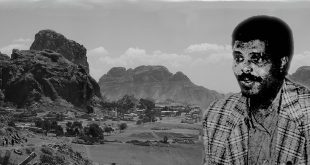 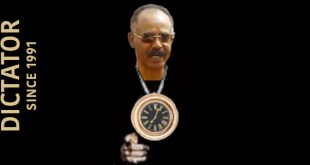 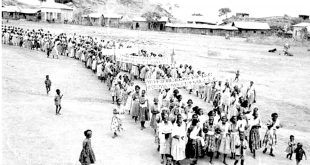 I was born and grew up in an ex-British colony– Eritrea, the first time I saw a British person was in my village, the Manager of the Agricultural scheme ( S.I.A.). I remember that even the local games we were playing as kids were of British background( cricket& Rugby). Then I migrated to another ex-British colony ( Sudan) where the British influence was more obvious , medium of instruction at school was English and my teachers of Geography and literature were from the UK. During the breaks, they used to tell us about their “ great” Capital –London!. When I sat for my final exam( 12th. Grade), the question of literature was about Charles Dickens’  Novel “A Tale of Two Cities”?

Now I am living in a country where I meet everyday hundreds of British residents, every year I celebrate the Queen,s birthday and the official language of the country is English – that is Australia!

Still, the only country I never visited is UK! I nearly toured all Europe– as a delegate of ELF & GUES,

but never Great Britain!? Why am I revealing that personal biography? My colleague Mohamed Kheir

by his latest post ( awate 24\4\2010) awakened those memories and refreshed my knowledge about the old city– London! His eloquent style and attractive description,  made us “ live “ in that city and tour its streets and suburbs. I asked myself a serious question: Is it possible that my positive response to the invitation I received from the P.C of the London Peace Conference was an  unconscious answer to  the “long time” hidden desire to visit London!? Was it an involuntary reaction and an expression of an internal wish that I pretended to ignore for years?

I know Dr. Mohamed Kheir is a man who looks for the truth, the whole truth, nothing but the truth– so I decided to join him in his search of truth and to put aside all my private  memories, for if we find the truth, all of us will be winners. In his article, Dr. Mohamed Kheir stated: ( … we have lost our compass, our sense of direction….our initiative to work on our own agenda.) – that is not only a pessimist and desperate picture, but unfortunately, it is very true!

Now let us discuss the “ legitimate questions” he raised:

1)     How am I traveling with the – Eritrean Covenant – while “ Paoulos” said : No way of including it in the agenda of the conference? I will not take it in my pocket, I will not put it on the table and ask people to read it – it is in my mind and heart– and all my contributions and input will be guided by the vision and spirit of that document! The covenant is not included in the documents of EDA “ conference for National dialogue”, still if I am invited, I will “ take it” with me? Why are we blaming Paoulos while – Mohamed & Ali_- are silent?? Some of our partners ( Dr. Bereket & Father Woldemariam) supported the covenant openly – not a single word from any Islamic organization!?

2)     The title and the complexity of the problem– Like many observers, I was a little bit worried at the beginning– too big a mission with limited capacity and experience, but that can be rearranged and issues can be put according to priorities and need, be it on the theoretical part ( the charter) or the practical measures – the leverage and means of implementation.

3)     This leads me to raise again the issue of the “ hidden agenda”? If only one can volunteer and tell me what is that hidden agenda? Dear Mohamed Kheir, you said that Ethiopia is hosting the Eritrean opposition but not interfering? When “ interests” coincide, you don;t notice any interference, but when  conflict of interest appears, the  honey moon is over!

Ironically, the main “ suspect” behind all this hidden agenda and the peace conference is Ethiopia!?

4)     Participants –I agree with you that the selection criteria was not based on comprehensive homework due to lack of experience and good networking. What a coincidence, the P.C. Of Addis Abeba Conference also was blamed for the same  shortcomings!

5)     Giving legitimacy to the conference? If attending a conference or boycotting it is a measure of legitimacy, then most of our activities need to be redefined and revised. Those individuals attending the conference represent only themselves and have absolute right to create an organization and pass resolutions –they are giving legitimacy to themselves? Any other group can do the same thing in different time and different place – but none of those groups represent the Eritrean people? Until we have our constitution in democratic Eritrea, no one can claim that he\she represents the people. On the other hand, attending a conference might be a reason to blow it up?

6)     Source of funding?  It seems that the man “ Paoulos” is not only a successful humanitarian and pro democracy activist, but also a lucky business man!? How come that European institutions give him all that funding based on “ absolute trust” on him as an individual?

I am sure he will be asked about his sources in the conference, he will tell and explain, but neither he nor the source behind him will talk about hidden agenda – if any? I am living in a country that follow the same system as the western countries– they give funds for projects “ cultural and social”  that we prepare ( Horn of Africa Organization). They do not put conditions or dictate agenda, but evaluate what you present and see if it meets the requirements of the community at large. Then it depends on the accountability and transparency of the applicant to tell if they deserve  the fund. If that is the case, it means that Paoulos put the agenda and the sponsors agreed! If those sources want to bring the two governments of Eritrea and Ethiopia together, why didn’t they give the money directly to them? I am sure they would have accepted the offer, specially Eritrea – at least to break the sanctions? If the agenda is to keep everything “intact” in Eritrea but remove PIA because he became too “ knotty” and doesn’t meet the standards of the International community( as some highlanders argue), then some military adventurers can take the job. General “ Wucho” will do it if he is told that PIA ordered him to do it?

Please –dear friend, we need some break! Thank you for the new information about London and as your late Sudanese friend said: Don’t we have the right – as ex citizens of  a British colony– to London and its material and spiritual Treasure??

See you in Stockholm! ( I didn’t receive the agenda, but I am going to Sweden)!? 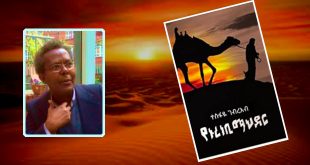