A Fish Rots From The Head

Posted on November 9, 2015 by Berhan Nuredin in Articles 213 Comments 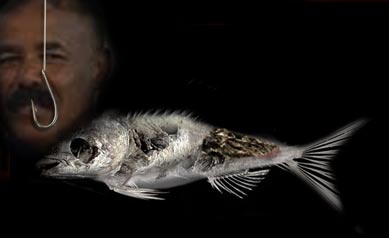 Games of Financial Choke-hold: Prima facie, there may not appear to be direct connections to the new tender note that the regime in Eritrea is to duly institute.  It is, nonetheless, worth noting that the PFDJ brass has had a very bad year. With UN’s CoIE incriminatory report coming out earlier this summer, things appear to be coming down like a ton of bricks on the regime’s back. Remember the Geneva’s 26 June 2015 demonstration that was followed by another show of moral force, a force we all saw in awe last month in New York, 29 October 2015 to be exact. Of course, who could forget the saga that we all saw when the ten Eritrea’s national soccer team defected in Botswana just this month past.

Internally, of course, we have seen the disastrous outcome of 2013 Forto military and political shakeup. But these are signs of brave souls challenging PFDJ’s political iron grip of almost a quarter of century long. This internal political crack was one indication that the regime was losing its stronghold. And two years later, we are seeing dramatic move on the regime’s part, one that is yet another sign the regime is bruised, cornered, boxed in foxhole out of which it is trying to dig itself out. Enter to the games of financial choke-hold. This chokehold is prominently pronounced when it is told by someone who had seen the financial mess taking place first hand from inside the country.

Therefore, the action of the Eritrean regime to the financial mess is predictable to anyone who visited Eritrea recently and took the time to observe the market.  It was an open secret that the country was out of circulation of its large denominations particularly the 50 and 100 nakfa bills.   Commercial banks, housing banks, big and small businesses were operating in 20s, 10s bills for everyday transactions.  A black plastic bag or old newspaper wrapped around in the shape of bricks is an indication of money being hauled in various market sectors for the purpose of exchanging goods and services.

It is presumed that most if not all of the large bills are hoarded by the new rags-to- riches, who are very active in a very lucrative clandestine market. One can easily see the kinds of houses they lease, apartment flats they frequently rent, and the entertainment establishments they frequent.  What is characteristically striking about these rags-to-riches, besides exclusively being males, is that they are young and very well connected with the elites.  They have people in high positions inside government offices that protect and instruct them.  On weekends they are seen flashing their new found wealth in lounges of high end places, such as The Green Pub of Asmara Palace, Keren Hotel, and Savana Hotel, or bars such us Zara, and Crispy, to finish the evening they hang out at the clubs of Expo… clubs such as Shamrock, Molober, Benifer etc.  And the preferred drink for these newly found affluencies is JW Whisky, Black Label.

The most extravagant and most dangerous pastime is reserved for Sunday after noon:  A daring motor cycle race between Durfo, and Nefasit: a mountainous region of the highland, a road that leads to Massawa.  Between the mountains and valleys they disappear into the sharp curves and turns- leaving behind powerful roar of the 1,441cc four cylinder engine, Ninja 14R ABS Kawasaki, motor cycles: echoing through the hills and valleys of these otherwise very sleepy little villages.  It is irreconcilable by any measure in Eritrea the way these people live, and behave. Not even Diaspora Eritreans who come to visit loaded with Dollars and Euros can afford such glitz and blitz.

It is said, by those who pay close attention that these are the new young rags-to-riches that live at the peripheries, engaged in all kinds of shady and illegal business activities of the underworld. They are involved in aiding and abetting border crossing, money transferring of human and organ trafficking, and importing contraband goods by way of Sudan, Tesseney only to be sold in Asmara in the open market.

However, these new rags-to-riches are nothing more than the decoy in the front line meant to give appearances that they are the face and the product of an economic system that is vibrantly functioning, one that allows room for the new generation to thrive and make it big, ones who are dancing to their new found waltz and have the pizzazz and the glitz to play the part. They are young, effervescent, and possess all what young women would love to moon over, day and night. Behind the scene, however, these young-rags-to-riches have other Godfathers who protect and guide and in the end reap most of the net profits that are made through shady underworld monetary gains. They are high level government officials and military personnel.  They have amassed hundreds of millions in Nakfa that cannot legally be deposited at the bank, who effectively possess most of the 50 and 100 bills of the country, thereby placing a chokehold on the entire banking system which is effectively forcing the regime to bring forward the new tender note being concocted in the last ditch effort to regain control, control that it lost for many years now, alas, putting these highly connected individuals in high places out of business will prove to be easier said than done.  (Watch the interview of G.M. Bank of Eritrea, Mr. Kibraab Weldemariam, making references about these people who have stashed away hundreds of millions of Nakfa in Asmara, or outside the country i.e. Sudan  towards the end 13:30/19:58 of the clip.

The question remains, whether they will go quietly, and watch their hundreds of million disappear into the thin air, or will they find access to the impending, newly-minted and not so tender note that will be issued six weeks from now, or would this be the straw that would break the camel’s back for the regime in Eritrea? Would this become the pivot that will undo a system that has run amok? Obviously, all these will remain to be seen.

Greed for Power vs Power with Greed

PFDJ is at cross roads for its own survival.  The battle between greed for power and the power with greed has just begun.  To out maneuver the hoarders, PFDJ is abruptly now in the process of replacing its currency under the pretext of modernizing its financial instruments.  A government that cannot keep the lights on or provide drinking water to the citizens is now telling us that it wants to make credit/ debit card and checks be an instrument of exchange for goods and services of everyday life.  If this is not ghoulishness of the highest order, I don’t know what is.  The unwitting admission by the Bank of Eritrea, G.M Mr. Kibraab Weldemariam, in itself puts to rest the question that inquires reason behind changing the Eritrean currency at this time. The question of “why” is seldom PFDJ’s strong currency. The “what”, the “how”, and the “when” are what it tries to communicate.  No explanations, no rhyme or reason, just a simple sweeping order of changing the face of its money. So now, this is leaving a void that must be filled by something, that something is going to be full of conjectures, innuendos, and rumor mills of confusing order. In the game of this financial choke-hold, the government came up with these rigid guide lines of deposit and exchange of the old currency to strip the wealth from its criminal elements, and then become a hoarder itself.

The showdown has begun.  It is not a matter of when, but of who will be nipped in the bud. If PFDJ attempts to face these criminal elements head-on, well, one would suppose that these new Mafiossos will not go down without giving a fight for their new-found power through shady and illegal trading of all sorts, one that runs the gamut. And in the next few months, we will see some heads rolling, some heads cut from such glitz, else the regime will have boxed and dug a foxhole to which it might be the one that will dive, nose first. After all, this is going to be an epic fight between an illegal regime that stinks at the head, and criminal syndicate that made obscene amount of money, so much so that it has become a threat to the regime that is supposed to be in the business of running a nation. What might come out of this, one hopes, will be one in which Eritrean people will become the rightful owners of a nation for which they have sacrificed a great deal and had gotten nothing good in return.