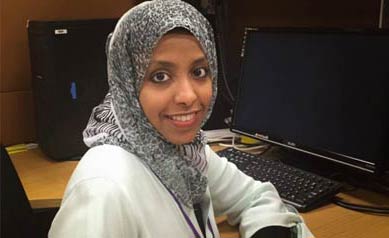 Considering all the demoralizing news coming out of Eritrea one would be hard pressed to rule out Eritreans as mainly refugees and under-achievers. A demoralized and damaged people. But time and again Eritreans proved to themselves and to the world that, given a natural chance, they can excel. And excelling they are, in so many places and in so many fields. Take a look at the many refugees who made it alive, and who in a few years have established themselves! Some are pursuing serious education, others are building their life.

Most of the time we focus on the heartbreaking stories because we are so preoccupied with our people’s predicament in Eritrea. We tend to forget what our siblings and children are doing. They are pushing our tilted Eritrean heads up and inflating our chests with pride. All the time forcing us to walk with confidence.

If not for the flood of the bad news created by the Eritrean regime, it would have been a time for a sigh of relief: we have something to show for our pain and suffering. The closure of the single university in Asmara did not break our people’s will to seek and pursue education. And what better is there to show than an educational achievement, and excellence? Ignorance keeps nations stuck in destitution; education is the secret that picks nations up and offers them a better life.

When I talk to our young, I jokingly tell them that I will not recognize their achievements if I don’t see a Dr. attached to their names–that is me. Considering the available opportunities, educational excellence should be the yardstick. And today’s story has inspired me to think of an idea about  featuring Eritrean achievers. I will tell you about it towards the end. But now, let me present to you Dr. Samah Ahmed Saeed.

The last time I saw my young relative Samah was in 2000 while I was preparing to leave Kuwait; she was a young teen starting middle school and I wouldn’t have recognized her if we bumped at each other in a street. However, I had no doubt she would make something of herself–she was raised by a caring and decent family. Indeed, her father Mohammed Saed, and her mother Neima Emnay, should be proud of their achievements, as I am. Samah’s older brother is a medical doctor practicing in Kuwait; she has attained her educational goals. Last January she received her doctoral degree–in engineering at that!

Her story is featured on the New York University of Abu Dhabi, and on the Kuwaiti newspaper AlAnbaa in an article by a dedicated Kuwaiti friend of Eritrea, Ustaz Yousif Abdulrahman, who affectionately referred to Semah as “the Eritrean child of Kuwait.” Ustaz Yousif also congratulated the Eritrean people for the success of Samah, Hamid “Awate’s offspring.”

Dr. Samah “received her bachelor of science from Kuwait University in 2008 and her master of science from the same university in 2010. During her master’s studies she began working with Ozgur Sinanoglu, associate professor of Electrical and Computer Engineering at NYU Abu Dhabi, who became her adviser when she began her PhD.” She “spent her graduate career between Abu Dhabi and New York. She completed her coursework in Brooklyn at NYU Polytechnic School of Engineering, and her second year conducting research in Abu Dhabi.” I wish all the best for Samah.

Incidentally, I am starting it here today, but if there is a volunteer who would take the task of featuring Eritrean achievers, it would be great for all of us to celebrate our achievements. There is a section at awate.com waiting to be presented by someone who has passion for inspiring stories. Identifying the rest of the achievers and contacting them will not be difficult. Any takers?