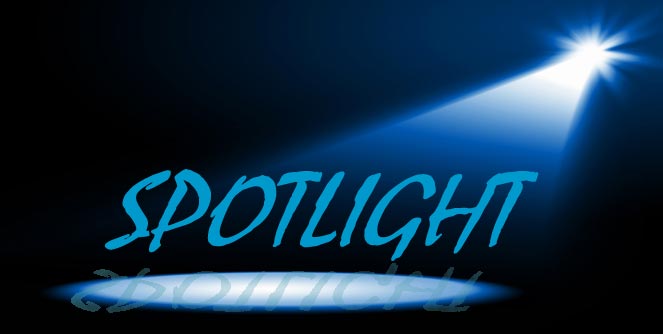 Soon after my last article Halaf’Mengedi was published brothers B.Y. and SY (I have no permission to mention B.Y.’s name – so the initials) wrote me e-mails to draw my attention to a few sentences that they thought were culturally and ethically insensitive to the late Dr. Russom Haile (May God bless his soul!). The reason was because it was Dr. Russom who wrote the poem “Alewuna Alewana” and Aboy Alewuna Alewana as described in the article was him. I would like to thank them for reminding me and would like to sincerely apologize to all those who read my article and felt the same for my honest mistake. The reason was: I had no idea that the gentleman in traditional Tigrigna attire reciting the amazing poetry, including Alewuna Alewana – at PFDJ festivals – was Dr. Russom Haile; and more importantly, I had no idea that the Doctor had passed away. My apologies again!

In passing and before transitioning into the subject matter of this brief article, it might be a good idea to reflect on the dangerous turn that our identity as a nation and our individual perceptions of it has taken in the last twenty years. Part of the words of wisdom in brother B.Y.’s email was probably intended to remind me that the good Doctor was actually on our side, the opposition side, of the equation and that the people we should be targeting were those serving the regime. On December 25, 2010, The Pencil, (Awate Team), echoed the familiar melody and further elaborated on why brother Alena’s disclosure and Assena’s ‘platform of truth’ was ill targeted against the wrong people when what we needed most was to mobilize all our limited resources against those in power in Asmara. The arguments in both cases are very understandable and words that only the wise amongst us would have the capacity to conceive (obviously not me!).

The Pencil also touched on one of the most sensitive subjects of the hour: the question of whether we should let alleged war criminals roam free as “opposition leaders” to (ironically) lead a revolution against the same crimes that they are alleged to have committed. The explanation of this bid centered on the recent allegations by alena against Brother Mesfin Hagos’ role in crimes committed in collaboration with his (hopefully) former colleagues against Eritrean citizens. The reasons for this sensitivity towards the right of “innocent until proven guilty” for alleged war criminals included things such as ‘the accuser was an anonymous pen-name’, ‘the accused never had a day in court’ and ‘it is something that can wait until the PFDJ is gone’ (paraphrased). The assumption (unsubstantiated) in The Pencil is of course that alena and his allegations are part of a smear campaign against opposition figures and as such would not serve “national unity” at this moment in time. Correct me if I am wrong or if I have misrepresented the depiction.

Shockingly surprising to me was that The Pencil never made any attempt to at least give Brother Mesfin the opportunity to respond to the allegations and as a prominent opposition figure in a Western democracy, I guess, the General has only two choices: to either explain what happened because we as citizens have the right to know, or resign from any involvement in Eritrean politics until a court of law absolves and declares him free. In its good intentioned haste to patch the sinking boat of the traditional opposition, I believe, The Pencil overlooked the fact that the allegations against the Brother involve Eritreans who were murdered in cold blood and families who have waited to eternity for closure. It does not help – neither the development of clean opposition politics, nor the cause of justice in Eritrea, to discourage those who might have the decency to come out with facts (allegations) of who did what in the criminal gangs in Asmara. The point of differentiating between the regime’s Generals and our generals is well taken (only if any volunteers can help us to actually tell the difference). Those who know of an Eritrean court of law that takes care of alleged war criminals – please come forward and show us where to find it. Those who know of any such international court – please feel free and take charge. I don’t know of any such courts, but I know the court of public opinion that will keep them under control until you come up with one. More importantly of course, I trust the wisdom of those “democratic” organizations that are harboring them to explain why they wouldn’t care.

To be honest with the reader and myself: I envy those who are still able to see the difference and to distinguish between who is with us, and who is against us among “them”. I envy Eritreans who, after all that we had to go through, are still able to see in “anything associated with the PFDJ – past and present” other than effigies of horror and scarecrows on the loose. I get nightmares every time I see one of them even in a YouTube video of dancing and comedy. For many of “us” (as a matter of disclosure) who have no doubt that we, as citizens, have done our best to look the other way, to bend down and kiss, to skip their bad days and to reach out to a false dream that never came true, a deep sense of betrayal, insult and anger is all we can imagine in anything called “Eritrea”. More so and deservingly for Lowlanders!

Speaking for myself and others who share the frustration, all I can see in those preaching “common sense” at this stage in our messy and bloody history, whose shining reminders and relics are still running around courting us to kiss their behinds for delivering an expensive nightmare in 1991, is “nonsense”. I quit a couple of times after feeling sick of a vicious cycle of people educating others on how they should behave rather than taking a minute to explain why they should behave in the first place. To all those who remain sleepless writing rubbish on what and how we are allowed to think and say to fit their prophecy of a dreamy nation that is no more, I would say “Stop It!” – spiced with apologies and deep respect for the writers. With all appreciation for those who have toiled to provide us with the platforms to share, we do not appreciate being told when, what and how to say the things that we know to be true. We don’t care any more! We don’t care if your dream world and fantasy nation shatters to pieces or evaporates in thin air. We know for sure and can tell with certainty that we live in a real world, we know the things that we see and that this peasant revolution will end, the nation of monsters and nightmares will seize and the house of cards will crumble – and we are almost there.

Do not let anyone tell you otherwise! In spite of the whining on Harnet, Meskerem, Asmarino and others about how we have turned on one another, about the weak and disunited opposition, about the doomsday with ethnic fragmentation and about the hopeless persistence of the paper tiger in Asmara – we are almost there! No Eritrean, excluding these scare-preachers and prophets of despair, has ever felt so close to the issues at stake ever before. No Eritrean Tigrignas have ever known the blunder committed under their name like they do today. None of them have ever been so embarrassed and scared of the consequences of cheering for thieves and land grabbers like they do today. And no non-Tigrigna Eritreans have ever felt more proud of who they are and of where they belong than they do today. No moment in Eritrean history has ever been more suitable for reflection and reconciliation than it is today in this moment of truth.

Happy New Year to all!
abualisalim@gmail.com