UK: A Reaction To The ELL Move 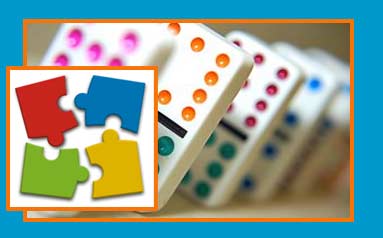 London, April 20, 2014: In a statement issued today, thirty Eritrean issued a statement distancing themselves from a seminar that was held in London on March 29, 2014.

The seminar was held by a group identifying themselves as Eritrean Lowlanders League (ELL) that issued a lengthy document calling on Lowlanders to struggle to rectify what they considered regional Lowland issues.

In the statement written in Arabic that awate.com received today, the signatories explained the reason for their reaction: “since we live in the same country (UK) where the seminar was held, we had to say our word about the event so that our silence is not interpreted as if we are a party to the [seminar] or that we support the view [that the ELL] holds.”

The statement described the signatories as, “political activists and human rights activists residing in Britain.”

The signatories the reason for issuing the statement was, “out of loyalty to the martyrs of the [Eritrean] struggle for the freedom [for] democracy and equality, [and] proud of the history and legacy of our fathers who put the building blocks of [Eritrea], and who have made great sacrifices for … for the sake of the unity of our people and the stability of our country, and our firm belief in the ability of our people to defeat the dictatorship and establish a fair system that provides equality and rectify.”

The statement explained that the signatories are apprehensive that the organizers of the London seminar didn’t consult with concerned Eritreans, including those who reside in the UK. It stated the ELL move “negates their representation of the region they claim to represent” and rebuffed the organizers of the ELL for suggesting that they “represent the [Lowlands] while they are not delegated to represent the region.”

The signatories of the statement characterized the ELL move as “an escape from the real struggle for the interests and rights of the people of the lowlands and the rest of the components of the Eritrean people.”

They also emphasized their belief in a united Eritrean struggle for Justice in Eritrea “to overthrow the regime and build a fair system to ensure equal rights for all … where those responsible for the atrocities committed against the Eritrean people are tried fairly and those affected are compensated.”

The statement also emphasized that the inhabitants of the Lowlands have been “struggling for many years with other [Eritreans] within the frameworks of political organizations and civil society organizations [and have ]made great sacrifices for their rights.”

It further stated that, “national responsibility requires us to warn of such trends that may threaten the unity of the components of the Eritrean society and sow discord among the opposition forces instead of calling for unity.”

The statement concluded with a call on the national forces ” to bear its responsibility in achieving unity on a comprehensive program of change that ensures the establishment of a just and democratic system that guarantees the unity of our people and protect our country from the evils of fragmentation and collapse.”

The signatories of the statement are: