The National Congress And The End Game

Posted on November 19, 2011 by Mohammed Ahmed in Articles 15 Comments 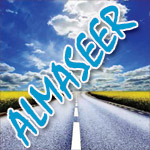 So we convene again and this time, perhaps for the last time at such a level before PFDJ thugs are chased out of town and are hunted dead or alive from every fox hole, every sewer pipe or every other crevice in the land where they might attempt to hide, and are finally brought to justice—swift uncompromising justice, that is.

I say the last time, because there is no mincing of words in the clarity of the upcoming congress’ goals, which are focussed among other pertinent issues, on two core objectives—crucial objectives which have eluded us for quite a long time—the adoption of an interim constitution and the election of an interim administration.

Even if the entire congress’ agenda was confined only to these two issues and nothing else, it would still be a quantum leap forward in dealing HGDEF its final death blow, because it was precisely the absence of such a fall-back plan—the lack of an organized alternative to the status quo, which has long been the single most debilitating obstacle in getting rid of the bloody PFDJ regime.

If you want to kill a people’s ambition to seek change, if you want to scare the wits out of them so as to keep them subservient to the status quo—all you have to do is convince them that they have no alternative—and even if they do by some miracle, that it is only for the worse.

That is exactly what the PFDJ regime has been doing over the past two decades, albeit for the most part at the hands of its apologists, its co-conspirators and its moles which it had strategically embedded within the ranks of some of the so-called opposition groups and/or civic organizations.

In fact, the fear-mongering tactics of the regime and its clones were so powerful to the extent that there were many folks among us who just caved-in and who sadly enough accepted their fate of wallowing in absolute misery as a better of two evils (the devil you know scenario).

This deeply-rooted mentality of fear was  ingrained in the psyche of these folks so much so that extricating themselves from the grip of PFDJ’s ugly tyranny wasn’t only viewed as  risky and too far-fetched, but also and  to the dismay of many, as a call to the destruction of all (however scant) that they thought they had achieved.

This sad scenario just couldn’t be more illustrated than by what a PFDJ victim once said of the bloody dictator and of the victim’s own reluctance to take action:

”For what he has done to my family, I could go kill this guy tomorrow” said the victim “but what do you offer me in lieu? Somalia? ”

Well, no one has to be reluctant anymore. Wallowing in absolute misery or being confined to in-action also are not the options. Twenty years is way too long to suffer under any kind of tyranny, let alone to suffer under one of the worst tyrannies as HGDEF’s , where the bone-chilling barbarity and the sheer magnitude of human suffering go far beyond the wildest imaginations of any sadistic tyrant .

But to say enough is enough—kifaya / yi’Akl  just in words is in on itself—not enough.

What the National Congress offers now is a ray of hope, to say the least. This is the first action-oriented congress held by Eritreans in decades—if not ever.

The fact that all the sectors of the Eritrean society are bringing all their demands, ambitions, dreams, fears and apprehensions as legitimate and equal stakeholders and are willing to sort them all out and come up with a document—a document by which all the stakeholders of the nation covenant with each other on such crucial issues as:-

(1)   How to live together in peace and security as equal citizens of one nation.
(2)   How to equitably share the resources of the nation.
(3)   How to enjoy equal and unfettered rights and how to shoulder equal responsibilities under the provisions of the law.
(4)   How to establish the rule of law by setting the scope and the parameters within which the executive, legislative and judicial organs of the national and sub-national administrations exercise their mandated tasks.

the fact that all these and much more is expected to be addressed and resolved in this national congress doesn’t only make it unique and un-matched by any other previous attempts, but also one that can be  hailed as the most promising national endeavours of the past twenty odd years.

And also the fact that the congress will, according to the national covenant, elect an interim administrative council (government-in-exile) is by far one of the most stabilizing factors which will not only help the nation avoid anarchy and chaos in the immediate aftermath of the regime’s downfall, but also and as many of us have been arguing for all along, give the necessary impetus to effect immediate change by using deadly force against the regime.

What these bold and unprecedented moves by the congress will do is that, they will set the tone and the stage for what is yet to come—the immediate end game of HGDEF’s tyranny. No more dancing around the issues, no more stalling tactics, no more gimmickry or mincing of words—just straight-shooters’ plain talk. In essence, the following is what any lay person would infer from these bold moves:

“Here is our covenant in black and white – this is how we intend to live as free and dignified citizens of one nation—Now, let’s go for the kill. Let’s destroy the clique that stands in our way once and for good.”

Destroying HGDEF is not as difficult as some would like us to believe. The bloody dictator and his cronies wagered all their chips on one simple premise—that Eritreans will never come together. Well, that premise has now been shattered and the end game for HGDEF thugs has just begun.

All those who carried arms against the regime are more emboldened and more focussed now than ever before. The future is not blurred anymore and that chipping away on HGDEF by targeting low-ranking army units is all but abandoned now.

The direct and primary targets this time around are all those whose hands are drenched with the blood of so many innocent Eritreans. This list of infamy includes, the bloody dictator at its top, followed by his so-called generals, his rubberstamp cabinet, all high ranking army officers, all high ranking formal and informal security & intelligence officers and all high ranking party officials.

Not that hard by any stretch of the imagination. The only problem was that, these thugs were never made the targets over the years. Unfortunately, for the Eritrean opposition groups, the pie in the sky was nothing more than the political hashewiye they got bogged down into. Meanwhile, HGDEF thugs had a free reign where they unleashed all their terror unchallenged.

But alas for the thugs, not anymore—there is no more hashewiye. Their moles’ covers were blown one after the other and their clones went into hibernation. The end game is finally here and now—not only are these thugs the direct targets for the armed opposition groups, but also for all those victims who had full access to them but were reluctant to take action and last but not least, they are also the targets for the conscript army whom they had savaged and enslaved for close to two decades.

As for the national congress, here are a few pointers:

Giving credit where credit is due

If there is one organization in the entire Eritrean political arena which has fully accepted and understood the duality of the roles required of it, then without a doubt, it is none other than EDA with all its member organizations.

Bringing all the stake-holders of the nation to a national forum and electing an all too-important national commission in which EDA itself is in the minority, speaks volumes about EDA’s sincerity all throughout its struggle. It deferred its partisan aspirations and pushed forward with the national agenda for the sake of the nation. Both the national conference and the national congress wouldn’t have been possible without EDA’s positive contributions.

A lot could be said about the ENCDC—how it is all inclusive in the truest sense of the word, how it avails itself to public scrutiny, how it delivers on what it promises and more importantly, how in a nut’s shell—its entire endeavour could be summed up in one single statement: “empowering the Eritrean people to chart their own destiny”.

Again, without the dedicated and selfless efforts of all the ENCDC commissioners and their leadership, none of the national conference’s mandated tasks, including the convening of the upcoming national congress would have been carried through.

Our heartfelt gratitude goes to both organizations.