The Atrophied Deny Their Atrophy: Part 1 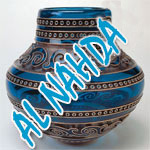 On October 17, 2011, the Eritrean authorities provided a reply to the UN. The Reply, which is 38 pages, not counting the 54-page annex, was drafted in response to the Report of the UN Monitoring Group on Somalia and Eritrea (“Report”), which issued its 416-page report on July 18, 2011. The Reply of the Eritrean authorities is divided into two parts: part 1 is a general defense/explanation of the governing philosophy of the regime and its monetary, fiscal, foreign policy, which reads a lot like a Campaign Position Paper.  Part 2 is a rebuttal, an attempt at a point-by-point response, to the Monitoring Group’s conclusions that the Eritrean regime was in violation of UN Resolution 1907. This column will attempt to analyze the Reply, in two parts. In this part, it will focus on general observations; in part two, it will delve into the specifics.

As I said, the first half of the Reply reads like a campaign paper. All campaign papers the world over are exactly alike: campaigners, whether they are political party platforms or candidates’ position papers, give their audience a glowing portrayal of their greatness and how they are the best thing to happen to the world while we await for the second coming of the Messiah. In essence, the Eritrean ruling party is addressing the “opposition”—that is, the US, the UN and the West—since Isaias is on record saying that there is no opposition in Eritrea; that the opposition is the CIA, the US and the institutions it “controls”, like the UN.

Whenever the PFDJ is in trouble, it discloses information that it had kept as state secret. When it senses that it had overcome the challenge (opponents bested, enemies rebuffed) then it goes back to its secretive ways.

In 2001, when its base was shaken by the challenge of the Reformers (G-15), it “published”—and by “published” I mean it distributed stealthily to its trusted party members—a long rebuttal where it disclosed, for the first time that, for example, its diplomatic challenges were not for lack of trying but for trying and not succeeding. It made a big show of televising its “cabinet of ministers” meetings; it “reported” on what its “National Assembly” (assembly sans those frozen and arrested) discussed; even how the budget was allocated. Then, just as quickly, when the “defeatists” were “rebuffed”, it went back to business-as-usual or what it calls its “culture.” This culture was best described, nostalgically, by General Sebhat Ephrem in 2001 in a radio interview: “Did you see anything? No, I saw nothing. Did you hear anything? No, I heard nothing.” Loose lips sink ships, that is the military code, so shut the f@&k up.

So, last summer, when the PFDJ said that it would give a comprehensive reply to the UN Report of the Monitoring Group on Somalia and Eritrea, two predictions could be made safely: that the Reply would be leaked to friendly disseminators and that new information would be disclosed that had thus far been, mysteriously, a state secret. These would be things that are published routinely by all nations except Eritrea (like the nation’s inflation rate, GDP growth and national deficit) or things that are probably completely made up but sound good (the infamous Special Court, infamous for its due-process-denying, “final and non-appealable” decisions is now subservient to an Appelant Court, according to the Reply.)

That the PFDJ, which pays lip-service to the “right of Eritreans to information” always discloses more information to foreigners than to its own citizens–including those who wear T-shirts with images of Isaias Afwerki 30 years ago—is just one of the many things which show that it has nothing but utter contempt for Eritrean citizens whom it considers infants that have a lot of growing to do. The first half really is a lot of defensive self-congratulation and although it is disclosed with the intent of showing that it is not an outlaw renegade regime but an institution with institutional processes, they sound a lot like the Fredo Corleone defense:  “I can handle things! I’m smart! Not like everybody says… like dumb… I’m smart and I want respect!”  But The Godfather, has chosen Michael Corleone (Meles Zenawi), the younger son, and Fredo Corleone (Isaias Afwerki) is not happy. I was going to call this article Africa’s Fredo Corleone Goes To The UN, but then realized most people wouldn’t know what the hell I was talking about.

Fredo is pleading to be heard by the UN Security Council before it rules on whether to stiffen or simply extend the language of Resolution 1907. The US Ambassador to the United Nations, Susan Rice, (in Indian, her name translates to She Of The Long Memory Who Remembers 1998-2000) is refusing, but she should let him. Not because “justice and fairness” require it, as People For Derision & Jibe (who know a thing or two about condemning people without allowing them to tell their side of the story) would claim, but because of the long-standing principle that you should never get in the way of your opponent when he is trying to commit suicide.

Because: Isaias Afwerki on the hot seat is a destructive, albeit entertaining, figure. Like all strongmen who have reached the peak of power, he has a “who the f$%k do you think you are?” moment when confronted with questions he thinks are too insolent for a man of his high caliber. His breaths get shorter, his nostrils flare up, he sits up like a cobra ready to pounce and the poison comes fast and furious. Sometimes, he does the head shaking thing which would find home at any WB sitcom. So, if I were Susan Rice, I would have invited him and made sure that the Security Council members that he thinks are absolutely his intellectual inferiors (representatives of Nigeria, Gabon, South Africa, Lebanon, Columbia) do all the questioning. Then, I would sit back and watch Mount Isaias Afwerki explode and spew its ashes.

I. The Reply: General Observations

Yemane Gebreab provided a short briefer and promised to provide a more comprehensive rebuttal in some future date.

The more comprehensive rebuttal was published On October 17, 2011, this time carrying the Seal of Eritrea’s Ministry of Foreign Affairs. When it comes to communicating in English which, like it or not, is the world’s official language, the PFDJ seems to have adopted the motto: “it doesn’t have to be good, it just has to be good enough.”

The Reply takes the motto to heart. Syntax and diction mean nothing to the PFDJ. So the Reply was parceled out to different writers with different styles and was then patched together by the Cut Paste Committee. There was no editor, and it shows it.

If one of your major arguments against the Monitoring Group is that it is “amateurish” and not “professional”, wouldn’t you take care to appear professional which, in the parlance of report writing, means dispassionate and very matter-of-fact style of writing? Some of the writers of the Reply have an angry tone (“this is really disgusting!”); some have a sarcastic tone (“One wonders what a photo of an alleged agents looks like. Do they wear special hats, don peculiar suits or carry tell-tale suitcases or other spook paraphernalia…”) Some have a know-it-all tone: (“this source, a former general, whose identity Eritrea can easily presume…”); some have a you-will-pay-for-this tone (“neither acceptable nor pardonable”) and some have oh-this-is-all so-futile-why-even-try tone: (“We could go on and on….But it would be a waste of time.”)

In this position paper, the PFDJ is still struggling with two completely contradictory claims it has always struggled with. When it wants to show that it has had a long experience in state building, it says that it had, since the mid 1970s, managed all the areas it liberated as a “microcosm” of the future Eritrea. That it had devolved power to the people, that it had created a transparent system where popular participation was key, and it has always been accountable to people due to constant two-way communication it holds with them. Notwithstanding the veracity of these claims (none of them is even accidentally true, by the way: it had run the areas it liberated the way Stalin run the areas he “liberated” with absolute top-down hierarchy), what matters is that,  according to the PFDJ, it has had 37 years of experience building a state.  “Experience” is a good trump card, particularly when campaigning, particularly when you are trying to show that, according to the placards supporters carry, “Eritrea is on the right track” (and thank you for no longer saying right “truck.”)

But this poses a challenge too: if you have been doing this for 37 long years, how come everything you do is so amateurish, so half-assed, so half-baked. Here, the PFDJ switches to “20 years is not a long time in state building,” completely ignoring the 17 years of “experience” it claimed to have had with its microcosm.

But even if you disregard the microcosm years and concentrate on the post-independence era, what is “20 years” not a long time for?

But why is 20 years not enough time to learn from the mistake that you can’t keep rushing the country from one war to another? Why is 20 years not enough time to provide the same people the same thing you demand when you are in the hot seat—due process, self-defense, witnesses, evidence-based justice? Why was 20 years not enough time for you to conduct, as you claim you are doing now, a “comprehensive review of the transitional civil and penal codes” to enable you, as you claim to intend—now only when your ass is on the hot seat—,“to comply with the fundamental tenets of human rights as enshrined in the Universal Declaration of Human Rights and other conventions that Eritrea is a party too [sic]”? Why should anybody believe what you say when you claimed in 2002 that the Eritrean National Assembly will “as soon as possible” bring those it had detained without charges to court of law when, later on, Fredo contradicts it and says they never will be brought to a court of law? Didn’t you, also in 2002, commission Ramadan Mohammed Nur to draft the law on political organizations—it takes 9 years to draft a law on political parties for a country as small as Eritrea? Why is 20 years not enough time for people to be given the choice to decide whether you should spend one more day in the seat of power?

The campaign literature, about how great the PFDJ is, seems aimed at persuading the UN Member States that Eritrea is not run by a kooky, rogue crime syndicate by selling its competence: about miles of roads paved and wells dug. But this will not be persuasive. Mu’ammer Khaddafi’s Libya had, on paper, impressive statistics, too: Under his rule, Libya was the only nation in Africa whose GDP-per-capita listed it with the advanced nations; Libya had very high literacy rates (Libyans spend 17 years in some sort of school, 5th longest in the world); Libya had very decent mortality rates, enviable child mortality rates, very high participation of girls in school enrollments.

But nations don’t get in trouble with the UN for failing to provide social justice to their citizens. Further, as painful as it is for Eritreans to hear, national governments don’t get in trouble with the UN based on how inhumanely they treat their citizens—national sovereignty and all that—unless it meets some Rwandan threshold. National governments draw the attention of the UN when they become a menace to regional peace and security and on that sole criteria, the government of Isaias Afwerki, just like the government of Muammer Khaddafi, has been found guilty enough to be sanctioned. And no glossy campaign paper will do much to impress the UN.