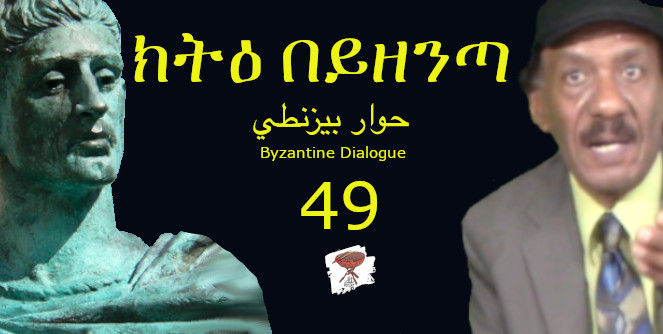 Unedited notes for the Episode

Byzantine was the Eastern part of the Roman empire–the capital city that was later named Constantinople, and again renamed Istanbul.

1700 years ago, Byzantine was so preoccupied with theological debates, mainly about the nature of Jesus Christ. Does he have one nature of two, or three. As a result of the debates based on what the power of the day, priests were fired from churches, employees lost their jobs, properties, and were jailed, beaten or exiled. To control the madness, Emperor Constantine issued a proclamation banning such debates (just Like Isaias does).

But the madness went on: Are angels feminine of masculine, what is the size of Satan, so big no place contains him or so small that he can pass through the hole of a needle.

In the 15th century when the people were busy with their silly arguments, they were being invaded—Mohamed II of Turkey, Ottoman Empire, conquered the region and brought the debates to a halt.

So, the expression, Byzantine dialogue, is believed to have been coined at that time– about 1700 years ago.  Currently Eritreans have inherited the manners of the byzantine argument.

Contradiction of religious people condemning others to hell, selfishly so they can have heaven only for themselves.

So much sloganeering about diversity but people want you to own a copy of their views, to forego your beliefs and be exactly like them.

Religions have gone through a lot of divisions, bloodshed, splintering, etc. They rarely settle and accept the status quo. I will talk about theology– religions or their doctrines. But religion is a cultural and historical reality that shapes our societies and it impacts our history. That is what I will discuss—the political, social, cultural and other developments of societies and how the societies were impacted by it. I do not quote  a scripture when debating history or culture which requires a rational and scientific approach. But religion is a belief and cannot be a tool of rationality in itself—it’s a dogma.

Eritreans are becoming too mean to each other based on antiquated rivalries. And a people weakened by such squabbles cannot have peace of mind let alone fight the injustice in Eritrea.

When people are free they express what is in their heart. So, the claim that we do not have religious and regional division in Eritrea is not true. The only difference is that in Eritrea people do not have the freedom to express themselves for fear of repercussions by the regime. Otherwise, what we see in the Diaspora comes from the Eritrean culture, not from the liberal free countries where we reside. And freedom requires awareness, education, and rule of law, otherwise it becomes a cause for instability and chaos.

I hope those who know better will join in this meaningful struggle but do not forget the PFDJ is still wreaking havoc in Eritrea.

We claim that unity is so important but it’s evading us because we are not so genuine in pursuing it, and we’re intolerant. Where can we find unity?