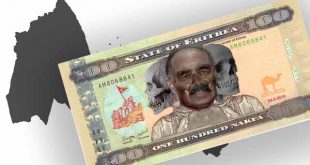 Dear compatriots: [This is an open letter from an independent perceptive observer to the preparatory committee of National Conference (PCNC) that will convene on February 15, 2010]

You are convening at time our nation and its people are devastated by the rogue regime in Asmara. The whole livelihood of our population is decimated by the appalling predicament fallen upon them. Clearly, the nation and it people is on crises of epic proportion. The crises have no parallel in its magnitude and cyclical pattern of events, compounded by myth, reality and awkwardness. The social contradictions for good or bad have reached its climax. The social bond within our diversity is also badly severed and demand new threads to enhance our unity. The complexity of the problem is overwhelming to find a formula that gravitate the stakeholders to the center to resolve the problem of the nation and its people.

Occurring as it does, the tormenting and abusing of the Eritrean people by the merciless tyrant didn’t come out of blue or by mere of accidental. It was a concealed despot by the organizational members long before he came to power as president by unofficial decree. He was cultivated from a political culture repugnant to the Eritrean people and its cultural values. For almost two decades we are harvesting the bitter fruits of this crude tyrant.

The dominant component of our current struggle is therefore, to reverse and nullify the deeply rooted, destructive political culture that gave birth to the prevailing madness of worshiping, to an individual as omnipotent and omnipresent to govern the nation. This is a corrosive political culture that should come to an end as soon as possible, and find an antidote to this cannibalistic system that distresses our social fabric.

Nevertheless, hammering the tyrant and his cliques is not enough alone by itself, but also cultivating democratic opposition that respect each other and understand the rules of engagement and compromise is vital and alternative to supersede the existing culture. The Eritrean people wanted you to avoid the policy “talk but don’t walk.”

I also believe that it will be shortsighted venture if our struggle is confined only to a minimum agenda of replacing the regime. In fact, epic transformational change of the political organizations in the opposition camp is absolutely essential, Further more a clear vision should be crafted as part of the comprehensive struggle – a strategy that tantamount to a discourse of perpetual stability. Anything less of this strategy will deem us paying dearly for our shortsightedness and history will keep of repeating its ugliness.

Whether the fate of our nation is left for palace coup d’état by default or smooth transformational change of the opposition, by winning the public and the Eritrean defense force as a political wave to remove the despot is still on the air. Nothing is clear at this point as to the political option from our political organizations before they clear their “political camp-house” EDA. This umbrella organization (EDA) which includes regrouped organizations as blocks (merged entities) or individual organizations should continue to exist. The rationality behind this argument is simple; they are the reflections of the Eritrean society.

Beginning with the current reality at our hand, it is imperative to re-ignite the call for national conference as a formidable national task. It is a widely accepted political structure as a way of assuring and asserting the hope of our people. National conference as a prescription as well as a vehicle to national salvation has become the only path to craft a broad political road map among the consumed politicians and intellectuals, who search, by the way, a genuine structure for deliberations to the broad national issues. No wonder how much intellect and emotion have been devoted and funneled in search of formal structure of deliberation. I have written my share to that subject several times. Despite all the push from the public, the organized political organizations have failed to meet the demand. In fact there were some well meaning citizens who threw yellow flag when the issue was raised. They had questions on (a) the Inherent meaning of the term “national conference” (b) when, how, and where should be convened (c) what criteria and magnitude of participation determine the essence of its meaning. Alas, they were questions that deserve sound answers scrutinized from our historical prospect.

Now the crux of the matter is that PCNC will be convening February 15, 2010 to draft a rescue package, call it a roadmap, and is expendable by the political organizations to face the unique challenges of our nation to secure justice, peace, stability, and unity. Quite frankly, dodging from these basic principles and responsibility is not an option to the ever rifting social cohesion of our time.

It is even doubtful though, that we can make progress without addressing, the sensitivity to all injustices, Issues regarding how to handle the current Eritrean divide, the unwavering determination against dictatorship, and the engagement to pacify and reconcile your artificial differences. I believe and the Eritrean people do believe that your commonality outweigh your differences. Show us the unity of purpose in strategy and means (tactics) by avoiding petty politics. If the existing organizations can not reconcile their difference and find middle ground to work together, it will be hard, them to be subjected as leaders to reconcile the entire population. Considering that there are millions of Eritreans who do not fall within the circles of the existing organizations, the task to govern and unite the whole population is harder than task of the organizations to govern among themselves.

In politics there is a barometer at the receiving end that sensitizes the demand of the people. You have seen from our debates a host of issues debated on our internet mass media that might help you in framing the issues at hand. It includes the issue of religion and culture, the issue of empowerment, the issue of fair representation, issue of land and official languages, and the nature of governance that heals the nation and its people….wezete. To find equilibrium to all these vectors of social demand as well as the integrity and stability of our nation is not an easy task so to speak. I believe there is enough intellect within the rank and file of the organizations if they have the will to do the good thing, if they want to work together, if they want to share the responsibility, if they listen to the cardinal demand of our people…..if they consciously, responsibly, and collectively craft a roadmap with vision and directions.

Indeed, I have come to the conclusion that national conference is an overdue issue and frame of deliberation for national issues. National conference is not a one time event to judge and accept it as either mature or premature. It has to be held and evolve from time to time to address issues that sprout of any given of time and space. It is also a biting folly to assume that the opposition organization will solve all their differences at one conference and bear the task of organizing judicious national conference. But I firmly believe it will resolve some of the many overwhelming issues, and bode progress for further successive engagement to an empirical formula that generates a visionary agenda. Constructive engagement from all side is more important than how many issue could resolve at any given conference. Continuous engagement is a good political psychology that could nurture the needed trust and eventually recognize the rule of engagement.

Let me outline some of the essential factors that I believe might help to the complex and arduous task shouldered to PCNC. It will be historic in nature to bear the responsibility to draft down a comprehensive national vision to fundamentally transform a badly injured nation and the badly torn social fabric of our society. A hell of intellect and wisdom must be invested. Here are the summary of my recommendations:

1.      Our crises has reached critical impasse that demand massive compromise within the political organizations and their actors. Search the unity of purpose to pacify and reconcile your difference under the umbrella.

2.      Minimize ideological difference to mitigate polarization, but reassure the interest of the diversity judiciously on your platform which is the bases of the current struggle

3.      Ask the necessary experts and get extended consultation to reframe the issues and narrow the existing political gap by knowing your limitations. Almost all the issues are debated on the public domain to help you to easily sort them out.

4.      Identify the areas of convergence as the component of your unity, and identify your difference as your diversity, but seek compromise as a rule of engagement. Politics is the art of give and take.

5.      Avoid the policy talk but don’t walk. That has been the statuesque so far on the reading of the public. Feel the urgency of the matter and find the practical bargaining that can move you forward until the people and the nation fall into your grasp.

6.      Exercise democratic and transparent procedures within your bases and the public to enrich the struggle with broad base grass root support. That is the only way to win against PFDJ. Try to harness the insatiable personality ambitions to avoid unnecessary squabbles that impede progress. You will have your ambition back when we have a constitution and the power to chose is given to the general population.

8.      Design mechanisms that undo hegemony and mistrust. Avoid procedural control to marginalize small organizations. There will be many merging process in the long run if we are careful of handling it. In our future Eritrea it is not politically feasible to grab power the way they are existing now though they will have full right to exist. Sooner or later merging and coalition will be the natural rule to broaden your bases.

In conclusion, I am absolutely convinced that you are capable to convene national conference if you have the will and confidence to carry this important responsibility. Our people are echoing loudly for you to act together and come with a rescuing package to rally them in victory. Enough are the egos, squabbles angers and frustrations. Find the wisdoms of our fathers and forefathers who use to sit under the big Da’ero to resolve their differences to keep our society intact. My self driven not only with idealist and optimistic desire, but also honestly believe, that there are reasonable pragmatic ideas that could give us some sense of direction and vision out there. Sort them out and work as a team for the purpose of unity not only against the regime but also as a prelude and vehicle for national reconciliation – the ultimate goal of your strategy.

Amanuel Hidrat, is a political activist and a passionate writer in the current struggle against the Eritrean regime. His extensive writings are focused on constitution and constitutionalism, constitutional process, nature of governments, and grievances of the social groups. His articles can be found “Tebeges”, a rich column at awae.com that archives over 150 articles. He has been writing at Ntsebraq in Tigrinya since 1998, and in English awate.com since 2000. Through his writings, , he promotes "multicultural liberalism" and "multicultural constitutionalism" that provides a fair share to social groups in the decision making process of governance. Amanuel believes it’s not individuals, but ”our social groups”, that should be the building blocks of the Eritrean nation state. Amanuel studied “Industrial chemistry" at the Poly-technical Institute in Ethiopia, and "Clinical Pharmacy" at St John's University in the US.
Previous It Is Not “Muslims & Lowlanders”….Its Engaging & Power Sharing Stupid
Next The Eritrean Covenant: Towards Sustainable Justice And Peace