Posted on December 21, 2010 by Ali Salim in Spotlight 0 Comments 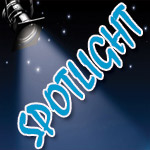 I don’t know how to start or where to start or whether I should start at all. I probably should begin by saying “yigermal yesew neger!” to those who noticed my absence and were kind enough to ask including my good friend SG – who essentially counted me among the ‘dead of the year’ in his article of November 29, 2010, where he talked about Halefti mengedi in our lives. I thought it prudent to grab the opportunity and say alekhu before people take SG’s conclusions seriously and start to forget like they did with many others, who have been forgotten and faded from memory. I reflected while reading SG’s article (will save that for another day) and the series of Eritrean “Wikileaking” articles on Assena and other websites where the writer, none other than alena, a version of alekhu, reminded me of the once famous poet Aboy Alewuna Alewana (Was he a poet or a comedian by the way?).

When I saw “alena” as the writer, for a moment I said “Zemmetna!” and thought of the song “Here we go again” in Mama Mia (the movie) and all the pen-name hunters – the Tom-&-Gerrys and the Skooby-Doos – of the former “people’s party” (today’s “nobody’s party” – wey good!) that used to bug SG flashed in front of my eyes one by one. The memory of the “people’s party” itself and its huggy-kissi “recognized leaders” (to borrow Berhane Hagos’ words; Harnet, Dec 17, 2010) celebrating and dancing teHambele while toasting high for the “historic one-of-a-kind unity” conference in Germany on new year’s eve last year was another tearful moment for me as the “1st” – One Single (“enko” in Tigrigna) Year Old – anniversary is just around the corner. I understand the circumstances and I am not blaming nature for taking its course. I am just saying “Zelku do’Zelku’de’a” (ala San Diego) on SG’s allegation of non-persistence to remind him that I am not alone. Remember Asha Al Felatiya’s “ana wo’al Kashif”! Just imagine that Aboy Alewuna Alewana suddenly shows up at the “Conference” hall in Germany dressed in his traditional kuta’n Netselan wielding his little guradé (like they do in tribal ceremonies) on this New Year’s Eve and asks, with his amazing vocal skills, “alekhum do? Alekhn do?” Kind of embarrassing! – Eh? And here comes alena as if we needed more!

I am not getting into the text and have no interest in who said what in a tribal war and I of course believe that in spite of the allegations in or by alena, Mesfin is a responsible guy and as a “recognized leader” (Scuse!, Br. Berhane H.), “Reality Check #1” says I have no doubt that he will come out of the hole in Europe and tell us what happened at Mt. Agamet “that day”! Don’t get me wrong. I am just as confused and all I can do is repeat what Toma Fila (Mr. Milosevic’s lawyer) had said in 2001: “I cannot believe that this has happened.” Who would believe that “people Mesfin” in the “people” of the “people’s party” would come with baggage and such amazing “people skills” as demonstrated in the alena-day at Mt. Agamet? I am not worried at all and someday someone will come out to either explain or to ask for Mr. Fila’s phone number and I have had it in my pocket (for the rainy day). Why? I guess because it was on a “rainy day”, when laundry pointing to Srebrenica and other ethnic “housekeeping” came out, that our dear Milosevic remembered to track Mr. Fila’s number. Now that a significant “laundry station”, Mt. Agamet, is coming to the fore, does it hurt to have important “help-lines” ready? But, you have a point! Why rush any way? N’adgi zeykhebedos, n’Teyqi! And after all, “Reality Check #2” (Scuse! again) says: “Until that day, we should not get beyond the context of the “people” and their “Piss-full Resistance”.

I am almost sure that many of you will think I am being mean to Mr. Mesfin Hagos, a guy that paid the best part of his youth to make our dreams come true (but did they?). I am not saying he did it in spite of alena’s outlandish allegations either. I don’t know! But somebody did it and Mesfin, by virtue of his position, knows who it was and he will come to point the finger and tell us why. Of course my dear brother Berhane would not agree and I completely understand his pragmatic approach, the pragmatism that inspires the EPDP. His argument is that every General in Eritrea has blood in his hands (you don’t become a General for giving hugs) and if we want to dupe them into joining our struggle and hasten their departure, then we should pretend otherwise.

The problem is that, “otherwise” is what the struggle is all about and it is anything “other” than “wise”. Does it help for the EPDP (and any opposition organization for that matter) to turn into a hiding place for war criminals and ethnic militia responsible for the mess at hand? That’s why, I am suggesting that my dear brother Mr. Ammar summon the guy to his office (if he has one) and quietly advise him to become the first hero in a Truth and Reconciliation Process. An additional favor he might offer is to advise all his former accomplices (if any) and any Eritrean with bloodstains in his baggage to fight to the death, because they are not welcome where we belong. I am not singling out the EPDP in any shape or form. Any organization that is harboring these criminals under the pretexts of “liberation era heroes” will sooner or later have to account and disclose its balance sheet of every drop of innocent blood in their baggage. And trust me! The earlier they start the better as long as they have long-term ambitions in Eritrean politics.

Let me point out (again) that I mean no harm to the apparent change of direction in the “people’s party” as a result of some brotherly talk between some “recognized leaders” and a cousin south of the border. I am of course not referring to the crazy General from Adi Grat that according to Al-Nahda was kind enough to offer refugee application forms (to Ethiopia?!) to the visiting “high-level delegation” of the EPDP and I think that was uncalled for. Whatever they were eventually told to do, however, I think the changes taking place in the EPDP are a welcome development that should be encouraged. At least they are doing “something” (the wrong thing) that we can criticize – still better than the fat do-nothing Tadamun Mullahs whose primary job is to “congratulate the Eritrean people” for the hard-luck every holiday season. Don’t get confused! Tadamun is for another day and it is confidential (don’t be nosy!).

Speaking of confusion, however, I accepted that the new EPDP that split from the old EPDP that together used to make the original EPDP was, in itself, a welcome development, but it is not clear which of the two EPDPs idea it was for the original EPDP to turn into the notorious EPDP. I know the split was between Highland “Holocaust deniers” whose position would be understandable and highly appreciated for obvious reasons, and Lowland “Holocaust deniers” who felt neither embarrassment nor pain at standing in from of crowds to denounce their own cause to cheer (the wrong people). Neither of them had the audacity to come and explain why they thought “shame” was not an English word. What matters here is that both the EPDPs (including the one that won the “DV Lottery” to Ethiopia’s refugee camps) are in a rush to secure the allocated seats on the first train to hell.

For some reason, both EPDPs (including the one that did not win the “Ethiopian DV”) actually think the NCDC is the first train to hell (of course, this is where I disagree!). While one seems content with the two seats collecting dust since the conference last year, the other is requesting 24 additional seats (for more people who deserve the vacation in hell). That would of course bring the 53 person commission that they opposed in the first place to 77. Do I have the story confused or do you also remember grandma telling you about the “sebAn sheAten” (77) guys who would be released on Halloween, whenever she wanted to give you goose-bumps for misbehaving? I am sure that’s not what they had in mind because grandma wasn’t funny at all (and they know it). Besides, why would they do that to us? Knowing all the tricks they had tried to pull on us, I think they are trying to figure out the random numbers in your locker-room code.

It may still make sense, however, if you place it in the big picture. Bear with me! What is the NCDC’s job? Nothing! It is to mobilize all Eritreans under one umbrella … to do what? … to wait for a ride home. And the ride (from Addis Ababa), according to the “high-level delegation” seems to have been arranged. The concern that the EPDP used to have, with sharing the umbrella or building one (whose outcome would be determined by “democratic vote” not “intellectual manipulation”), was in the “method” or agebab (to be distinguished from the agebab in “agebab giber!”). They have so far been consistent. They insisted on the peaceful way and they continued on the piss-full way. The “other” guys who had decided to play gomida, had sworn (“siga saryam!” style) not to give up on the other agebab (the armed way). God bless their big hearts, they decided to meet on middle ground in Addis last July and conspired to impress the “piss-full” guys by giving up on their armed agebab to get everyone on board the NCDC and hence the new agebab (the agebab in “agebab yeblkan”).

To clarify the point here, check the difference as explained in “Ismael Omer vs. EPDP”. I think Ismael’s excellent article made a compelling case for the armed struggle. Since the EPDP hasn’t responded due to the obvious unfortunate situation, however, allow me to dedicate this paragraph to defend their position (as a sign of goodwill). This is them speaking now (telepathic message just received): “Under our naïve assumptions (and Hibu’e agenda) of a nation full of brotherly love, the piss-full way is actually the most effective way and the EPDP (if there is anything serious about us) is fully justified in its choice (“abortion” of the struggle). The reason is simple. Piss-full resistance is based on some key assumptions: (1) rulers are rational people; (2) rulers rule people, not ghosts; (3) “people” is a “unity”; (4) for the ruler to exist (in power) the ruled must exist (subordinate) as “unity”; (5) where the ruled as “unity” decide to ceaze to exist (rebel in civil insubordination), rulers must do the same (crumble) because of #1. Key points to our bag of tricks are: (a) forge people into “unity” with the promise to “ceaze to exist” (rebel) afterwards; (b) given insubordination to rulers (in Eritrea) being a function of ethnic politics – arbaEte igri enteleki, tsibaH nir’eyeki!”

Do telepathic messages come from real people? I don’t know! But, if they are real and brother Ismael may tell us from his experience in trying to communicate to the dead (in the EPDP): if “unity” is a condition for dictators to persist and Eritreans according to the EPDP are not united enough, why not make it short and sweet and accept us for who we are and “ceaze to exist” in colors (from being part of a false rainbow nation) instead of waiting for the blender to crush us all? Just a thought!