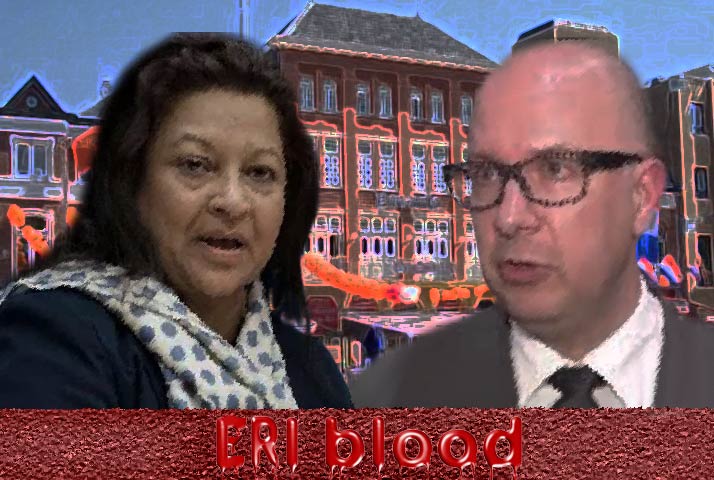 The Eritrean government has announced that it has sent formal, ground-breaking legal memorandum to the Office of the Special Rapporteur, Ms. Shiela Keetartuh to be submitted to the UN Human Rights Council (UN-HRC) at the next meeting. The 22-paged memorandum’s main objective is to take the decisions of the Mayor of Veldhoven, Holland and the Judge who rejected the complaint of YPFDJ to UN Commission of Human Rights in Geneva (UN HRC). The Memo further requests the UN HRC to put an end to impunity by bringing the perpetrators of the heinous crimes to International Criminal Court (ICC.) The memorandum invokes numerous provisions form the United Nations Human Rights Declaration (UDHR) and the UN covenant on civil and political rights.

Ms. Sheila Keetrtuth formally accepted the memorandum on the behalf of the office of the Special Rapporteur.

The memorandum sent to the media before 20:00 mentions a litany of egregious violations of human rights against the leadership and fellowship of the Eritrea’s ruling party, the Popular Front for Democracy and Justice, (PFDJ.) Some in the prominent in the list are:-

According to Article 19, Mr. Yemane Gebreab:“has the right to freedom of opinion and expression; this right includes freedom to hold opinions without interference and to seek, receive and impart information and ideas through any media and regardless of frontiers.” Mr. Yemane Gebreab was denied to the right to address his audience violating his God-given right of speech as enshrined in the UDHR article. Mr. Gebreab was expected to give a three hours and forty-minute minutes lecture instructing the membership of YPDJ in Europe on wide-range topics that include:-

A reporter asked an insider who participated in perfecting the memorandum about the possible illegality of Mr. Gebreab’s lecture. The insider was quick to reply, ‘The international legal instruments ONLY mention the right. They are quite silent on what one uses these rights for’ He added, ‘right is right.’

In the formal memo, it is not clear whether Mr. Yemane Gebreab is identified as a private citizen or as a government official.  The phrase ‘private citizen of the world’ was deleted twice by visible yellow marker, followed by ‘high level advisor to President in matters of all decisions, especially arrests, disappearances and assassinations’.

Ms. Sheila Keetartuth who studied the memorandum, made an amendment to the said right of the YPFDJ. She advised the Eritrean government to rather invoke Art. 18 of UDHR ‘the right to freedom of religion, faith or worship’ in community with others and in public…to manifest one’s religion or belief in teaching, practice, worship and observance.” The government has accepted the amendment.

The insider now says the government fully and enthusiastically endorses the mandate of Special Rapporteur. Indeed, in the cover letter to the memorandum, Ms. Sheila Keetaruth, is referred “as a world-renown expert in Eritrean issues with a wealth of experience”, and “extraordinary jurist”.

Eritrea now supports the ICC calling the Court and the Office of Rapporteur as, ‘the only noble, legal instruments against neo-colonialists’, such as the Mayor of Veldhoven and ‘eti dagna’. Furthermore, the document rebukes African leaders for their “retrograde attitude towards international accountability mechanisms aimed at ending impunity for worst crimes and towards establishing rule of law”

On un/related news, a bitter misunderstanding has arisen among animal activists on the usage of ‘monkey’ in reference to Yemane Gebreab. Some wanted to combat ‘inappropriate’ use of the term as ‘in-animal identity theft’. Other activists chose such a method couldn’t work as now in the social media ‘monkey’ is almost synonymous with Yemane, especially after the debacle at Veldhoven. Now that UN HRC is going to take the matter and possible referral to ICC, these activists chose rather for change of name for the monkeys. When asked any preferred name for the primates, their spokesperson, said, “Any other name. Anything.”

–This media briefing was reported while you were sleeping.

They say comedy comes of pain; this satire from deep pain. It is small gift for ALL Justice Seekers of Holland for challenging and winning against the enemy of Eritrea, Yemane Gebreab and his PFDJ stooges.