An Upheaval In The Mountains Of Akele Guzai 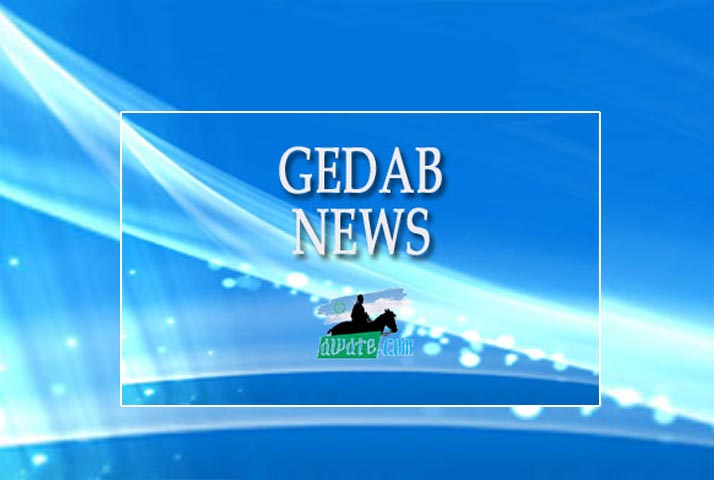 An upheaval that traces its origins to mid-April of 2009 when a captain challenged his commander’s use of a female recruit as his concubine has expanded to a military skirmish between a rebellious group of 70 gunmen and the army, requiring the intervention of President Isaias Afwerki.

The clash is centered around the Deke’a and Diot mountains in the eastern escarpment of Akele Guzai, now part of the so-called “Debub” zone.

The incident started in April when a battalion of government troops swarmed the Senafe and Adi Keyih regions to round up youth for the military conscription.

After the round up, the youth were sent to Sawa military camp but a young girl was “selected” by the commander of the battalion to be his concubine (the term used is “Mahio,” which refers to conscripted girls who are forced to become the maid servants (among other things) of commanders.

A captain in the battalion who hails from the region objected to the girl being kept by the his commander and challenged him to let her go to a military camp; the commander ordered his guards to arrest the captain whom they beat up badly and threw in jail.

Relations among the troops became tense and stayed so for a few days until soldiers sympathetic to the captain’s position acted and confronted the commander and his supporters. A confrontation ensued and a few soldiers, including the commander, were killed in the incident. But the challengers succeeded in freeing the imprisoned captain and enabled the victimized girl to escape back to her parents. The battalion was split into two, each side holding defensive position on the hills.

Major Generel Philipos Weldeyohannes arrived with a large contingent to calm the situation; but by then, 17 heavily armed soldiers including the rebellious captain had already fled to the mountains.

Troops that were sent in pursuit of the rebels clashed with them and seven people were killed from both sides. The army began to harass the inhabitants of the region: they jailed the parents of the rebels and in two cases, the wives and children of the rebels, and confiscated a large number of their cattle. The jailing became worse when security forces began to arrest suspected citizens from Senafe, Adi Keyih, Arafele and their vicinities for being sympathizers of or having illicit contacts with the rebels. Close to 200 people were arrested from the region.

By August, the rebels had garnered enough support among the population and many soldiers were emboldened to join them with their arms. Government sources estimate the number of the rebels to have reached more than seventy.

The government’s security and intelligence units were ambushed a number of times in the region and the Asmara regime attributed the incidents to the rebels.

A few days before Eid, President Isaias Afwerki met with 23 dignitaries from the region to discuss the situation and he apologized to them for the abuses they suffered from the army. He said that he had no knowledge of the developments but that he would take care of it immediately.

As a goodwill gesture, Isaias ordered the arrested people to be released: about 150 citizens were released on Eid. He also ordered that all the confiscated cattle be returned to their owners. Isaias Afwerki also promised an amnesty for the rebels if they ceased their actions. The dignitaries also requested that the regime stop conscripting their daughters because they are being abused and violated. Our sources said that he reluctantly promised to give his orders to that effect.