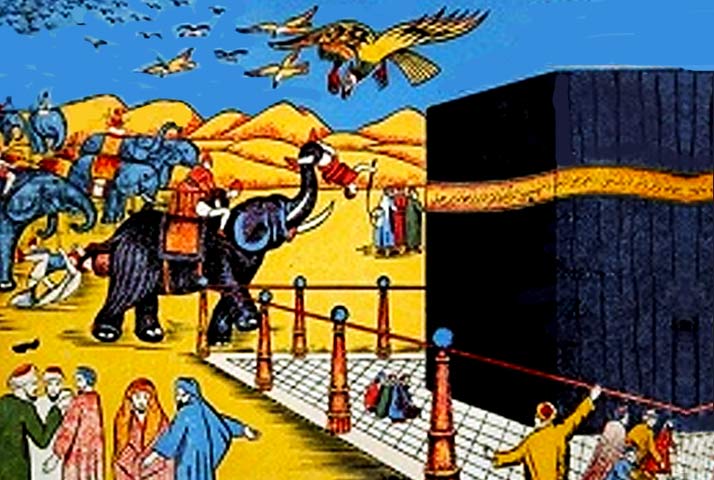 As an introduction and in an effort of rendering a general overview, here is a thumbnail account of a man named Abreha who ruled Yemen sometime in the time span 531-565 AD. The Abyssinian historical mythology claims that Abreha was an Axumite Abyssinian who  led a military campaign of King Kaleb of Axum and defeated a Himyarite king to become the ruler of Yemen. But the question that I intend to address in this article is: Was Abreha actually an Axumite Abyssinian or an Adulisian?

Before dealing with the question of where Abreha hailed from, let me get down to brass tacks that are mostly agreed upon by scholars of the region. Abreha, also known as ” Abraha al-Ashram” was a viceroy who ruled over Yemen for the kingdom of Axum. Later on he declared himself an independent king of Himyar. He ruled the present day Yemen and Hijaz and is known in the Islamic traditions or literature as“Abraha al-Ashram”. [1]

“In the aftermath of the massacre of the Christian community of Najran by the ruler of the Himyarite Kingdom Dhu Nuwas, the King of Aksum, Kaleb, sought to avenge the deaths of his brothers in faith by launching a punitive expedition (520) into the Yemeni kingdom. Dhu Nuwas was deposed and killed, prompting Kaleb to appoint a Christian Himyarite, Sumuafa Ashawa, (Esimiphaeus) as his viceroy. However, around 525 this viceroy was deposed by the Aksumite general Abreha with support of Ethiopians who had settled in Yemen, and withheld tribute to Kaleb. When Kaleb sent another expedition against Abreha led by ‘Ariat this force defected, killing their commander, and joining Abreha. Another expedition sent against them met the same fate, leaving Yemen under Abreha’s rule”.[2]
.
” Abreha not only declared himself independent of the kingdom of Aksum, he also styled himself as King of Saba, and Dhu-Raydan and Hadhramaut and Yamanat. He sought to promote Christianity in the predominantly Jewish kingdom while also attempting to antagonize the Kaaba in Mecca, a major religious center for the adherents of Arabic polytheism. Abreha therefore ordered the construction of the Al–Qalis (also known as Al–Qulays and Al–Qullays) Church in Sana’a. Letters were sent to both Aksum and the Byzantine Empire, requesting marble, craftsmen and mosaics. The absence of mosaic making tradition in Pre-Islamic Arabia and Ethiopia at the time, along with the frequent use of mosaicists by the Byzantines to achieve diplomatic objectives corroborates that the Byzantines complied. Historian Procopius records that an envoy was dispatched to Abreha during the reign of emperor Justinian I, placing the construction of the church between 527 and the late 560 AD”. [3]
.
According to the Islamic belief, Abreha launched a military expedition against the Quraysh of Mecca in an invasion of Hejaz in 570,  known as the Year of the Elephant. The ‘tafsir’ (exegesis) of the surat al-Fil states that he perished. The Islamic traditions also say that Abraha is said to have built a cathedral at San’a’ known as al-Qullays (from the Greek Ekklesia) to rival the Kaaba at Mecca and he specifically came with his forces of elephants to destroy the Kaaba. [4]
.
Now the question is: who was Abreha or “Abraha al-Ashram”? was he an Aksumite Abyssinian as most, if not all, Eritreans were led to believe or was Abreha an Adulisian? I believe that he was neither an Aksumite Abyssinain nor a member of the so-called Agazians. I aver that Abreha was an Adulisian, tout court! Let me see if the available literature back ups and countenances my assertion about Abreha was from Adulis and he was NOT an Aksumite Abyssinian.

“Abreha began his career as a slave of a Roman citizen in Adulis in which case he may not have been an Axumite at all but might instead have been taken into bondage from one of Aksum’s African vassals”.[5]

It makes sense why Abreha had first refused to pay tribute to king Kaleb of Aksum and then declared himself independent of the kingdom of Aksum and styled himself as nothing but a king of Yemen. Had Abreha been a through and through an Axumite Abyssian, he would not have gone this far to dissociate himself from the Axumite kingdom. But the fact that he was NOT an Axumite but an Adulisian was what had spurred him to tell king Kaleb to go fly a kite and to declare himself independent and to style himself as a king.
.
Now one may ask: what about the putative Agazians? Is there any historical evidence that proves the existence of a group of people called Agazians who lived in Abyssinia or Eritrea, or for that matter, was there an outmigration from Yemen of these so called Agazians, as some would have us believe that “Agazian are from Yahsib”? The answer is a resounding NO.
.
” Although some Abyssinians called themselves during the middle ages Agazians, there is no reason to assume that the Axumites regularly used ”Agazi” as a generic name for themselves, given this name is nowhere attested in Axumite inscriptions. Although the term “Agazian” has been read in the fragmentary 6th century G’eez inscriptions from Zafar in Yemen, that text is too badly damaged to provide any indication as to who was meant by this name.
.
For all we know these putative Agazians were mercenaries from the Ethiopian highlands recruited by the Axumites [to join Abreha’s military expedition].  Abreha, a six century general who seized power in Himyar (531-547 AD) bears a title that has been interpreted as the “Agazi King”  (mlk ‘g’z’y), in the famous dam inscription from Marib in Yemen. The meaning of the title is enigmatic in that Abreha was at this time no longer an Axumite general but rather an autonomous ruler of Himyar. As Muller notes in his edition of the text, an alternative reading ” ‘L’zyn” is also possible. Abreha’s title in that case be reconstructed as ” Malik Ella Uzayan” with no connection to the Agazi at all.
.
It is perfectly plausible that Agazi, though originally a name for a single group in the Ethiopian highlands, may have been adopted by Ethiopians in later centuries as a generic name for themselves.” [5]
.
It makes no sense for a king who had styled himself as a King of Saba, and Dhu-Raydan and Hadhramaut and Yamanat, to limit and curtail his power by calling himself merely the “Agazi king”. It is utterly unreasonable to expect Abreha who was not an Axumite to accept a generic name as a reference when he had declared himself independent of the kingdom of Axum. An appellation that may have specifically identified a contingent of a mercenaries from the Ethiopian highland (the Agews of Lasta) could not have been used by Abreha to identify his kingdom or its population.
To conclude, though the vast Abyssinian historiography with all its mythopoetic capabilities claims that Abreha was an Axumite Abyssinian, the fact remains that Abreha was an Adulisian. The term Agazian nowadays pointedly and specifically refers to an armed contingent of the Weyane led Ethiopian armed forces, in the times of Abreha it was a name of a single group of mercenary soldiers from the Ethiopian highlands ( Agews from Lasta) and the current Amhara ethnic group in Ethiopia may have more dibs on the term Agazian than any other ethnic group, be it in Ethiopia or Eritrea.