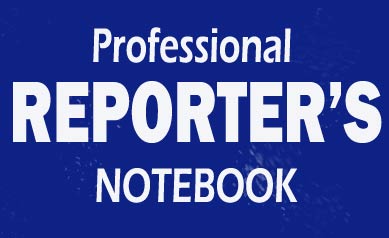 You are in Eritrea for a “rare visit.”  Actually, it is not so rare anymore but your editor will insist that he put that phrase because it gets viewers/readers/listeners. That or “exclusive.”  Almost all you knew about Eritrea before your visit was that it was the “North Korea of Africa.” You were too busy to do a lexis-nexis search, but if you had, you would have learned the phrase originated in 2007, when the Los Angeles Times was sourcing some un-named diplomat.  He said that the Eritrean regime is going to turn Eritrea into Albania or Korea. Clip, clip, morph: North Korea.

You have been in Eritrea three whole days now. Two more months in Eritrea, despite the fact that you don’t speak any of the local languages, you can call yourself an “Eritrea expert”, if your last name is Bruton. You have not seen a single monument, statue or mural of President Isaias Afwerki. You have seen that women are allowed to wear pants and there are no “trousers police” enforcing a dress code.  In your hotel room, and everywhere, you see satellite dishes, and there doesn’t seem to be censorship. When you try to file your reports, you notice that the Internet has a “poor country problem” and not a “censoring country problem.”  In stark contrast to North Korea, you are awakened by loud morning prayer Azan from the mosques, and church bells.  You meet an 8th-grader in the bus and browse his text books: there is not a single reference to President Isaias Afwerki or pictures of 3 generations of Isaias’s family, indoctrinating the child with cult of personality.

Clearly, you say, the comparison doesn’t hold.   But you are not a superficial person; you are a trained investigator: there had to have been a reason for someone to have come up with this comparison.  Remember, the phrase was coined in 2007 when Eritrea, through action and inaction, was beginning the process of isolating itself from the East African inter-governmental association (IGAD); withdrawn itself from the African Union; pursued contrarian policies in Somalia; gotten itself on a path to UN/US/EU sanctions, twice; began the process of emptying itself out of its productive citizens; and bragged about the achievements of all the foreign armed groups it is hosting in Eritrea. It has been accused of inflicting collective punishment (just like North Korea), a hierarchical/apartheid system (just like North Korea’s “songbun” hierarchy; except Eritrea’s is based on party loyalty); public executions within its military ranks for minor infractions;  extremely restricted freedom of movement (just like North Korea); and a scarily large number of people who are made to disappear for disagreeing with the government.  And its people, when allowed to be interviewed, speak in the stilted language of the frightened, like an abused child, with their eyes darting left-and-right on a look out for a plain-clothes spy.  (By “its people”, I don’t mean the over-fed Diaspora Eritrean on a visit from the West to check on his investment, whose knowledge of Eritrea is barely more than yours, and whom you will instantly recognize by his/her meat-to-bone ratio.)

Well, you say.   That sounds like an exaggeration.   I am just going to have to find out for myself!  Good for you.   Now, the first thing you will learn is that Eritrea, which has a population of 6.5 million, 5.5 million, 4.5 million under 4 million people (our population is a State secret) has only three (3) qualified individuals to speak to the press. Everybody else, no matter how senior in the government or party, can’t be trusted not to deviate from the script.  They are President Isaias Afwerki; Mr. Yemane Gebreab, who is the Presidential Advisor and the Political Director of the ruling party, front,  movement; and, Mr. Yemane Gebremeskel, who is the Minister of Information. If you have unrestricted time, you can interview the President (caution: question time to answer time ratio = 1 minute: 20 minutes.  In one hour, you may get to ask 3 questions and it is rude to interrupt); if you want the classic easy-to-provoke wild body language of a propagandist, you can go for Yemane Gebremeskel. If you want the killing-you-softly-with-his-lies official, you can go for Yemane Gebreab. Of late, Gebreab has developed that one-question-deserves-20-minute-answer approach of his mentor, Isaias Afwerki, so be forewarned. But I am prejudicing you, so let’s go for your tool kit: here’s what you will be told*, and what you should ask as a follow-up question:

1.  The G-15, (the government/party officials who were made to disappear in September 2001) were all senior military leaders who had a destructive role in the 1998-2000 war with Ethiopia.

Reporters Follow-up:  My understanding is that of the G-15,  eleven were arrested; the rest were outside the country, and 1 withdrew his support on the petition-for-a-meeting he signed. The information I have is that of the 11, only a few had senior military roles (and not during the 98-00 border war, but the War of Independence of 61-91), and most–Haile Derue, Mahmud Sherifo, Aster, Germano Nati, Kekya, Beraki Gebreselasse, etc–were never military leaders at any time. So, your claim that the G-15 were all senior military leaders is not based on facts, is it?

2. The G-15 were guilty of treason and compromising national security…

Reporters follow-up: Which court of law found them guilty of that?  Because your own Penal Code and Penal Procedure (the OLD and the NEW) say that you have a process you must follow to establish guilt and imprison people. Clearly, you have not followed this procedure.  Is it not a form of power abuse to deny people due process?  Would you wish upon yourself and your family this standard of justice?

Reporters follow-up question: I understand what you mean by lack of corruption.  You mean public funds embezzlement.  Forgetting for a minute that Eritrea always appears in the list of the least transparent countries (Transparency International) and there are no independent validators for your claim, let’s focus on another form of corruption: some would say that your decision to monopolize power for 25 years and not give the people the right to fire you is a form of corruption and power abuse. In fact, that is the very definition of power abuse.  How would you reply to that?

4.  We live with the people, our children attend public schools; there is no elite class here.

What percentage of government officials’ wives and children–including conscription age, i.e. 18-40– live in Europe and how did they get there?  Do you think it is a form of government privilege, an elite apartheid class system, for families of government officials to get visas to travel and get exempted from military service when ordinary Eritreans can’t and are in prolonged national service?

5.  We have named a panel of experts to draft a new constitution.

Reporters follow-up: Can I have their names and contact information so I can interview them and see the progress they are making in drafting the constitution? This will help me compare it with the 1997 constitution that was discarded.

6. There is no censorship in Eritrea.  People are free to watch any TV station, and listen to any short-wave radio.

7. Eritrea’s economy is about to take off. Recently, we gave raises to our civil servants, substantial raises…

Reporters follow-up: In my research of Eritrea, I found a lot of reference to Eritrea’s economy always being on the runway to take off, but it never seems to take off. May I have a list of individuals in civil service and national service so I can substantiate your claim that they received substantial raises?

8. There is no collective punishment in Eritrea. That is a lie.

Reporters follow-up: The information I have is that when National Service members fled, you fined or imprisoned their parents. Can I have unfettered access to the national service members, and their families, so I can interview them myself?

9. The claim that Eritreans are in an “indefinite national service” is not true. Some individuals, a few, had to have their terms extended, but that is the exception and not the rule.

Reporters follow up: Last year, you were quoted as saying that National Service would be absolutely restricted to 18 months effective January 1, 2016. This year, your government reversed this claim. So why should people believe your claims? Can I have unfettered access to national service members to make sure that you don’t screen them?

10. We don’t torture people. There is no rape in Eritrea. These are offensive claims that insult not the government, but the proud people of Eritrea.

Reporters follow-up: Everywhere in the world, there is a positive co-relation between militarization and incidents of violence including sexual assault. Since you are claiming that this does not apply to Eritrea, can I have unfettered access to national service members, including demobilized female members? Do you think a person who is best friends with those who are accused of rape can be neutral and objective?  Can I visit prisons, including Eila Eiro, where I can interview prisoners about their condition.

These are just SOME of the follow-up questions a reporter must be equipped with. Eritreans who read Mzungu reports, after a 3-day visit to Asmara where they invariably (a) describe palm-tree lined boulevards; (b) espresso machines and cafeterias; (c) art deco Italian architecture; (d) tank graveyard, (e) other shallow observations that shed no light on what goes on in barracks and prisons will have more to say in the comments section below.

* PS: Just like every failing Arab government blames Israel for its massive shortcomings, you will notice that Eritrean officials will bring Ethiopia into their answer, regardless of the subject.