Eritrea The Opposite Pull by Abyssinians and Arabs 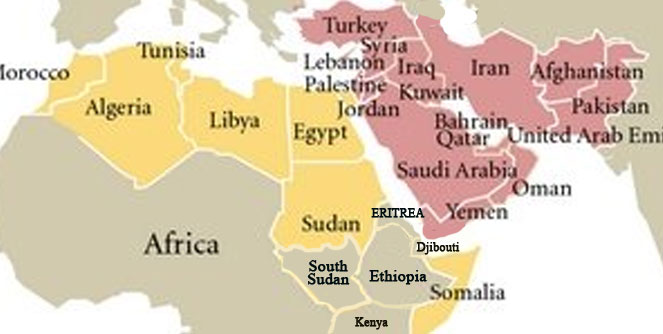 Often, awate.com  publishes articles that do not share its values which is mainly promoting tolerance, civility, struggle against injustice, and the respect of right of citizens. To promote a civilized debate, we established the Awate Forum where we encourage readers to challenge published articles, editorials, and other items that we publish. As editors, we reinforce the smooth flow of debates by refraining from expressing our views on readers’ comments, even with those we strongly disagree, including the vile ones. We limit our roles to moderating the forum and enforcing the posting guidelines.

Naturally, the Awate Forum, being the longest running and most vibrant Eritrean forum, often times attracts anonymous individuals who come to the forum to peddle the regime’s talking points and intimidate other members. Others openly peddle the regime’s talking points forgetting the same regime denies Eritreans the basic freedom of expression. Yet, while enjoying the freedom to express their views in this forum, they try to curb the flow of free ideas.

To address such problems, we are looking into our posting guidelines which we believe needs an upgrade. Bigots, racists, and jingoists should not be tolerated, neither their coordinated attacks on others. We hope the few notorious members take note.

We believe that pigeonholing the diverse Ethiopians into three or four group while ignoring the rest of the 72, and (the same applies to the diverse population of Eritrea.) or so groups, is not meant for a debate, but a partisan message meant to be spread by exploiting the freedom provided in this Forum. We urge the sane members of this forum to challenge such views and we promise we will not allow free members to be abused by anyone.

Bringing articles of different views in the open is the best disinfectant against bigoted opinions. Denied exposure, some posts can fester in some dark corners of the internet and attract more bigots such as the crude Agazian hate group.

Below is a comment by Semere Tesfay that we brought up from the Awate Forum for a debate and discussion.
______________

Very informative and very thought-provoking discussion [going on at awate forum]. Please allow me to interject and say few things that I’ve been saying here for many years . And this is my take on the issues.

For a million reasons, Eritrean independence and Eritrean sovereignty will never be challenged or reversed by any neighboring power in the near future – be Ethiopia or other regional power – never. But there will always be threat to Eritrea’s national security, Eritrea’s stability, and Eritrea’s economic viability, both from the North and from the South. Therefore, we Eritreans will always sleep with one eye wide open – pointing our guns either to our South or to our North. The reason: