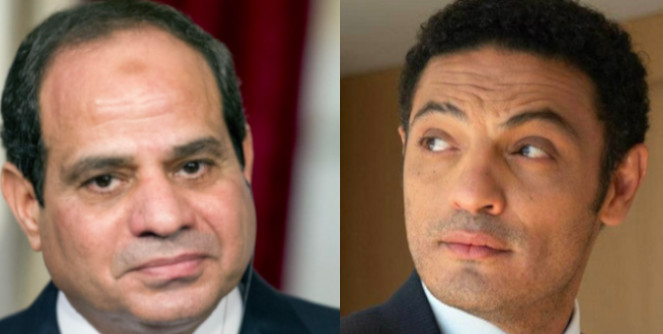 Spring is no more, it’s fall season in Egypt; a new phenomenon that is bringing to life the spirit of the 2010 Arab is being led by an Egyptian actor and contractor, Mohammed Ali, who is not a whistleblower–he is blowing a large horn.

Egypt is once again leading a social media based campaign to unseat president Abdula Fattah Al Sisi who came to power in a 2014 military coup that unseated the late Mohammed Morsi, the first ever elected Egyptian president. Morsi died in a Cairo court where the army brought him from prison where he was jailed since he was overthrown.

This time, it’s not Wael Ghoneim, the google programmer of 2010. The social media campaign is led by Mohammed Ali, An Egyptian actor and construction contractor who uploaded his first video on September 2, 2019. Since then, Mohammed Ali has been uploading videos continuously from Spain, where he is living, and from where he is exposing the inner workings and corruption of Al Sisi’s government.

In a few hours after being uploaded, Mohammed Ali’s videos went viral recreating the 2010 spirit of the AlTahreer Square demonstrations that unseated Hosni Mobarek’s regime, that ruled Egypt with an iron fist between 1981-2011.

Mohamed Ali has called for a peaceful protest against AlSisi for Friday Sep 20. If the public responds to his calls (and it’s likely it will since many have joined him in his call), the demonstration is expected to be a serious undertaking that could overthrow or at least damagingly shake Al Sisi’s regime.

A few days ago Mohammed Ali launched a hashtag #كفايه_بقى_ياسيسى (It’s Enough Sisi) and immediately it went viral. By the second day it became the highest trending hashtag in Egypt, and the fifth in the world. However, in his latest video, Mohammed Ali accused the UAE intelligence of removing or trying to remove the hashtag from the Internet. Nevertheless, he has inspired many Egyptians to join him in his campaign and many did. They are now openly condemning Al Sisi and his regime and they are asking him to step down.

The pro-government groups have launched counter hashtags,  “we trust in the army we trust in Sisi” while a lawyer filed a lawsuit in an Egyptian court against Mohammed Ali accusing him of high treason and of spreading false news. They are also spreading personal attacks against Mohammed Ali of being a womanizer, drug addict and a member of the Muslim Brotherthood. But he has not presented himself as a pious person and if he was a member of the Muslim brotherhood, the Sisi regime would not have provided him with lavish contracts.

Meanwhile, after many years of absence, Wael Ghoneim, the google programmer who started the Facebook page that energized the 2010 Arab Spring demonstration has also reappeared from the USA. Wael is making anti Al Sisi videos though his character is no more the soft-spoken man the world knew in 2010. In his latest videos, he appears as an angry person, using foul and vulgar language that is putting off many who are surprised at the change of his character. Wael appears as an angry and hurt person who expresses his pain while blocking his tears.

Mohammed Ali accused president Al Sisi and scores of senior military generals of corruption and wasting public funds worth billions of pounds. He also accused AlSisi of spending millions of pounds on “unnecessary alterabntions” in the palaces that his wife Intisar requested.

Egypt has a huge number exotic palaces. However, Al Sisi has been building many new palaces and resorts using public funds while the number of destitute and poor Egyptians is on the rise. A recently built palace is reportedly larger than the White House.

Mohammed Ali who in casual and candid in his speech and appearance has captivated millions of Egyptian and Arab viewers who see him as a representation of the common person who suffers from cruel and corrupt regimes. In addition, he is considered an insider who worked with the regime for 15 years and benefited from the contracts that the army provided him. That has also boosted the credibility of his allegations.

In a reaction to counter Mohammed Ali’s damaging allegation, in a youth meeting last week, Al Sisi admitted to building palaces and defiantly said, “Yes, I have built, and I will build more… but they are not for me, not under my name… they are for [the Egyptian people”.

Journalists who work for the Egyptian state media,as well as well as a few who work in the UAE and Saudi television stations have started a campaign to discredit Mohammed Ali. But judging from the public reactions, the public is not convinced by the attacks. As Mohammed Ali’s videos are getting millions of viewers, the counterattack by the sponsored media is getting a small fraction of Mohammed Ali’s viewers.