The Role of the Elite In Leading Their Communities

Posted on October 12, 2016 by awatestaff in Articles 42 Comments 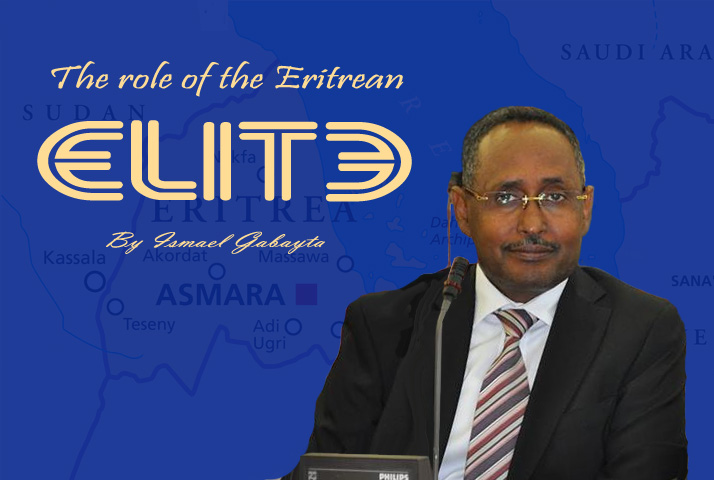 The following post appeared on September 1, 2016, on Ismael Gabayta’s facebook page. Awatestaff took the initiative and translated it into English for the benefit of its readers. The original Arabic content by Ismael was slightly altered to avoid Arabic verbosity and be better understood by the English reader. Omissions and translation errors, if any, are ours.

The elite is the intellectual, cultural, and social cream of a society and it’s characterized by its special advantages and real talents, in terms of its capacities in creating public opinion for the people. It influenced and directs social components to pursue its general interests in the field of politics, including in economic and cultural aspects. And if there are conditions of freedom of movement and speech, the elite can elevate their people and countries qualitatively to the highest pedestal of political and social stability, to realize economic development and prosperity.

It is noteworthy that the term elite applies to whoever has the above-mentioned qualities and advantages. But the elite is not limited to the educated segment that carries certificates of higher education, but applies to many in the society, including social leaders, religious personalities, farmers, merchants, public servant, and the like, who have the ability and capacity for innovation, creativity, and to positively the surrounding communities. These are truly the elite because “elite” is not a term that is readily attached to a group and denied to others. It’s rather determined by the ability to positively influence and change a society by the persuasive power or by influences to the change that they bring about, either by participating in drawing the history of the communities, whether through decision-making, or by the ideas, principles, and slogans they express, and which results in a significant impact on the forming of public opinion.

The role of the elite in shaping the future

The intellectual elite of the world play a major role in the growth of their people through an effective participation in shaping the state of the cultural, political, and social landscape in the collective mind of their communities, and their way of thinking, which either stagnates and is not reformed, staying frozen in conservatism, or is elevated higher to advance with limitless innovations.

The different components of the European elite were able to lead their communities, in all aspects of modernization of life in general (culture, economics, politics, civil society …. etc.). That modernization was achieved through collaboration among the elite. And it resulted in a comprehensive rebirth for the people, leading to political stability, economic growth and development, and general improvements in all walks of life.

The communities that carry the banner of the prevailing culture–the preeminent groups in the field of human rights and environmental protection, and people employed in the field of media and education–, exerted a combined effort, together with the economic and political elite, and effectively influenced the society to strive in tandem in the pursuit of growth.

Based on the above, we can say that the communities in which the role of the elite is weak, or non-existent as a result of multiple factors, including the domination by the ruling elite which monopolizes power in the political, social and cultural positions, imposes only two solutions on the elite: either to be aligned with the authority, or escape outside of the country. Such communities continue to live on ignorance and backwardness, living in despicable situations that lack the most basic human necessities for living. And that is the outcome when the elite is inactive and unable to carry out its expected role effectively. Therefore, in the absence and lack of important conditions—freedom, social and political stability—, the elite is helpless and would not perform and function as expected.

By analogy, if we superimpose that reality in our Diaspora communities living in all parts of the world, is the elite in these societies able to play its natural role to help revive and develop its communities? The answer is absolutely obvious to everyone; no two persons would differ on it. And that is due to the similar nature of the political systems that rule the countries in our region. Generally, the systems in our region are based on the monopoly of power by a few of the components of our societies. They exercise their power either on the name of nationalism as in Eritrea, or on behalf of influential groups in the community in other countries, or on behalf of influential people like in yet other countries. Accordingly, all centers of political, economic and cultural life are in the hands of the ruling group and its satellites, while the rest of the people are excluded and live on the fringes.

And here we must ask: is there an alternative to the role of an effective elite?

As I mentioned earlier, the importance of providing a conducive environment for the elite to perform as expected is of paramount importance. However, even in the absence of such an environment, it is impossible to discount the role of the elite, regardless of its different roles and significance as a productive force for actions within a society at different times. That is illustrated by the role of the elite during the era of the revolution for national liberation in the last century. It was the elite that led the people to liberation to rid colonial powers. Conversely, that was due to the ability of the elite to initiate and create favorable conditions that would help it play its part; it is able to create the favorable conditions which are its natural and historical responsibility, and it is dictated to it to play its destined role.

Indeed, the main motive of the elite is its ongoing need to play its role in all circumstances and stages that the communities go through in their lives. Therefore, in times of peace and stability, we find that the elite’s role is confined to civil roles such as maintaining the stability and social peace and aspiring to achieve an intellectual and cultural growth, as well as the welfare of the people. But in the absence of stability, and the absence of social justice, and the usurpation of the rights and interests of social components, and threats to their existence in the form of the extensive suffering of the society, such as genocide, increase in the number of refugees, forced displacements and exile of communities from their natural abode, the role of the elite becomes completely different.

Currently, we are in such a situation, and the role of the elite requires us to look for different ways, to be organized and to be creative in finding new ways, in order to defend the communities from the violation and wastage of their rights and interests, and in order to stop the ongoing cycle of suffering that has become a serious threat, affecting the human existence of our people. And finding an answer to these questions is the responsibility of everyone because we are considered the elite of our communities and its protectors.

Here I would like to mention the saying of the late Jawaharlal Nehru, the Prime Minister of India who was asked about the fate of the country that was overshadowed by economic and social challenges, all facing it together with a tremendous human pressure. He replied something to the effect, “I am only afraid of the regression of the role of the elite and India will be weakened, because the elite has the burden of carrying the entire load [ of the common people].”

We are now facing a difficult test: either to accept the decline of our role in bringing about change for a better future for our communities, and instead gain certain privileges at the expense of our suffering people, or assume our real role that is dictated to us by our historical responsibilities, in feeling the suffering of our communities, and therefore address the surrounding risks that threaten their existence.

The elite that is aware of the suffering of its people occupies a prominent place in the history of its nation, but an elite that merely theorizing and staying away from sacrifices, and away from the circles of action, is a disaster for the people. Worse, the outcome of that is the loss of trust between the elite and their communities, thus, the fate of the societies is exposed to unknown possibilities and to chaos whose extent and consequences no one can predict.

Finally, I think what is required of us as the elite of the society is bigger than just converging and theorizing about the obvious crises that we witness, but we are required to uplift our people and bail them out of the feeling of loss, save them from the prospect of the bleak future of their lives,  and take them to a stage of optimism and hope, in order to instill and resurrect their self-confidence, and persuade them effectively that we are able to lead the vehicle and steer the compass to safe shores, so that we can all realize our dreams and hopes.