The Lowlands: A Project Killed By Memory 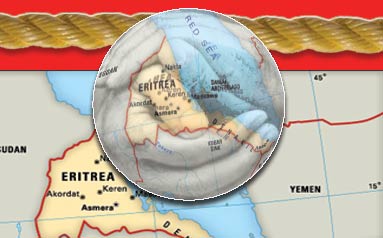 [Translated from Arabic by Awate Team]

On March 29, 2014, in London, the so-called Association of The Lowlanders held a seminar. Equally in London as well as on social media, the convening of the seminar was surrounded by mysteries, not because of the seminar or congress in itself, but because “Lowlanders” as a political terminology carries negative connotations in the memory of Eritreans,on one hand, and contrary to such terminologies, on the other hand, is the realization of Eritrea as an entity.

The Eritrean arena is wide enough for everyone; each group has the right to express itself and articulate its demands in the manner it sees fit. No one has the right to patronize others–our brethren [the initiators] are not an exception in this regard.

The announcements [of formation] of political or civil society organizations are all forms of struggles; they claim their legitimacy from the injustices and imbalances prevailing in Eritrea. I agree with the initiators, or they have agreed with me, on the legitimacy of the struggle in response to the grievances that are on the shoulders of our people. But I disagree with the means, and in the political discourse, that the initiators adopted, despite the rights and the basic principles contained in the document, though all the goals mentioned do not carry anything new. That is, if they [the demands] are not considered deficient compared to many that were raised by other civic organizations. What is new in the document is the name it carries, and the political implications it contains. And that is what I wish to discuss in the following points:

Whoever said that democracy is tool of the vulnerable was right. In the broad space of democratic life, all issues and problems are national public problems that are carried from the peripheries to the center through representatives of parliaments, or submitted to the government as demands and petitions,  or through demonstrations, sit-ins, or through mass media communication, or lobbies and pressure groups, etc, action concerning the grievances of the communities in all its dimensions–this is if we rule out that these problems are already considered national priorities after the change in Eritrea. All the elite realize that the nation cannot be stable and develop unless there is democracy and unless the problems are solved. All national organizations carry these demands and struggles to realize them. On top of that, there are enormous sacrifices made by our people: martyrdom, imprisonment, drowning, death and exile. These struggles are sufficient enough to meet the cost for achieving democracy. Therefore, it is so easy to say that the initiators did not come with a new idea but with one that only benefits the political system in Asmara, and the vindictive person who will consider this a pretext to increase the persecution of the lowland society to worse situation than it is now—and that would be the consequences of the work of the initiators.