Home / Negarit / Miriam Was Here! She Is Here! 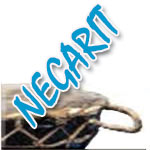 Miriam Was Here! She Is Here! 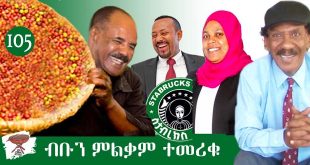 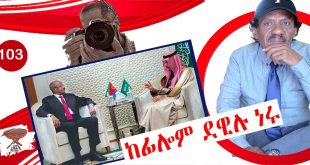 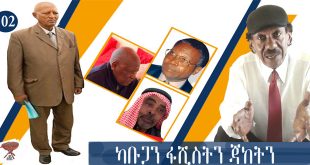 First, thanks to all of you: my readers, friends and relatives for your continual support and encouragement. Once again, I am delighted to announce the release of my latest book Miriam Was Here.

Two weeks ago, I announced the news of the planned launch and I am truly touched by your supportive messages. Thank you for your continual support, and I will always strive to reflect your voice in everything I do.

As fate would have it, my second book never went past the draft stage; the overwhelming news of the suffering of the youth became so acute, causing me so much grief and emotional torment. Since I wrote my first article, This Too Shall Pass: Time For Real Outrage, I became too involved in it and began to think of the issue in a much deeper and systematic way. Based on almost two decades of writing and activism, I came to realize that online articles have a short life-span and are not conducive to comprehensively address important issues. The myriad of dark forces compounding the difficulties our youth are facing deserves a serious handling; and it is out of this recognition that Miriam Was Here was born. I decided to write a book about it; my planned second book (1991-2010) was shelved for good. And I embarked on Miriam Was Here. I started the book with a working title, My Name Is Sarah then I remembered Prophet Moses, and his wondering in Sinai and thus opted for naming the main character Miriam, after the older sister of Moses who, together with her mother, put baby Moses on a basket…the rest of biblical story is too common. All of you who have followed my writings know that I am an activist before I am a writer or a journalist. Miriam Was Here was written to publicize the unprecedented suffering of our youth and tell their story. I am very pleased that reputable programs and media institutions have taken similar interest in the plight of our youth. Kudos to Ira Glass of NPR’s This American Life for giving an hour of his program to the suffering of our youth.

Miriam Was Here will give you the whole story and help you understand the root cause of the plight afflicting the youth.

It is with this understanding that I embarked on researching the root causes for the ordeal of Eritreans in general and the youth in particular. Simplifying the suffering of the youth to what happens in Sinai and other places does not do justice to the entire tragedy that Eritreans find themselves in. Therefore, I began to interview Eritreans who were enslaved between first round and the 24th round. I tasked others to help with verifications and questionnaires from Sudan, Egypt, Europe, Australia, and North America. I had plans to finish the book in November of last year, but then I had to interrupt my writing when I traveled for a lengthy period to Australia.

Strangely, Forto 2013 happened while I was in Australia, and again, that also changed my plans about the book and, for the last five months, I have been rewriting the story to fit the development. And here is what the book covers.

An anecdote worth mentioning: last year, someone was pestering me non-stop for not writing about Sinai. At the time it felt painful, I thought, “who is he to question my interest in the case when I am spending hours doing just that?” At that time, I was in the middle of interviewing people and writing certain parts of the book. I hesitated to tell him that I am writing a book about it, almost told him, but then I changed my mind because I didn’t want to announce something which was far from being finished… and I didn’t write small snippets to satisfy his curiosity. But his persistence proved to me how traumatized Eritreans were with the issue. It was a pressure that made me work longer hours to finish the book. Thank you my persistent friend.

Forto Baldesera has always been the symbol of power; that is where the Italian might was stationed. In 1991, the power of the Eritrean liberation forces was asserted on that same fortress. And after twenty-two years of PFDJ rule, the first daring attempt to challenge the regime was carried out in that place.

Miriam Was Here covers the story of Eritrea and Eritreans from Forto 1991 to Forto 2013.

Miriam Was Here is composed of 28 chapters and 330 pages. Crammed between its cover is the story of Zerom (representing the liberators who were betrayed); his daughter Miriam (representing those who were born after independence and representing the segment of our population that is falling prey to kidnapping, hostage situation, and human organ suffering); Senay, a neighbor of Zerom who was born a short time before Zerom joined the rebellion in the mid-eighties (and who represents the victims of forced labor, conscription and lost hopes); Sara, still a post-independence child (representing the innocence of Eritreans and at the same time the resourcefulness and their survival extinct); Eva, an old American lady who befriends Zerom when he migrated to America, and the cultural shocks the simple country boy, Zerom, undergoes trying to adjust to American life, his brutally honest Eritrean character, his courage and his love of his country and people; and, Musa, an émigré ex-rebel who returns to Eritrea to settle down, but in disappointment he embarks on a second exile; and Harish, representing the veterans of the armed struggle who gave everything and are so stubborn to leave the country they suffered for, and chose to say there regardless of the dire situation.

In short, I can confidently state that every Eritrean who loves his people and country will find a resemblance of himself in one of the characters.

The story of the last 22 years need volumes to document and, God is my witness, I have striven to do my part. Like always, I encourage anyone who has a story to tell, to write it down, and I have established Negaritmedia Publishing solely for this purpose. I promise Negaritmedia Publishing will lend you a hand and take you through the process of writing your book.

As for me, I hope you will find the book satisfactory—I know it will be emotionally heavy—and I wish to get your feedback on the comment section of miriamwashere.com.

1. Order it at any of the following: miriamwashere.com * negaritmedia.com * salehjohar.com.
2. Amazon bookstore.
3. Amazon Kindle digital bookstore.
4. You can link to order the book through Miriam was Here facebook page.
5. In a few days, Miriam Was Here will be available at all major digital bookstores around the world.

Your Help Is Needed

As in anything else, in the book world, advertising is the key to reach as many readers as possible media. Negaritmedia is not a wealthy outfit and cannot afford press, television and radio advertising or doesn’t have the ability or resources to solicit free media exposure. This book tells the story of beleaguered Eritrea and I hope all those who are able to help with publicizng it, to do that.

1. A few days ago I met a friend who drives a taxi in the San Francisco area. He asked me to prepare postcards or business cards with places where the book can be ordered. This is what he told me, “many customers ask me where I am from; I tell them I am from Eritrea. But I can’t do much beyond that in a short time. If you give the cards I suggested, when anyone asks me where I am from, I will give them a card and tell them to order the book and learn about the ordeal of Eritreans.”

2. Everyone has a circle of friends, specially the youth who have thousands of acquaintances, business associates, school mates and friends. They can help publicize the book to a wider audience.

3. Since the cost of shipping costs outside the USA is expensive, this about $22 per book to anywhere in the world, $22 for Canada) I am hoping people will order in groups of a dozen books or so to bring the cost down to $4 per book. Much of my first book was distributed this way through the help of generous and kind friends and acquaintances. I will contact the usual supporters and friends to help; anyone else who wants to help distribute the book, please contact me.

Now it is time to take a little time off the lonely task of writing a book. I do not have to deal with my editor’s brutal critique and never-ending suggestions for change to the manuscript. If you haven’t guessed, Saleh Younis was the editor of Miriam Was Here. And however I try to thank him here, it would not be enough, it wouldn’t do justice to the efforts he put behind the work. Therefore, I will skip the “Thank you Saleh Younis” part; but I am glad I had him around.

With that, I came to the end of my launch message….

I hope you “enjoy” reading Miriam Was Here.
Thank you all

Born and raised in Keren, Eritrea, now a US citizen residing in California, Mr. Saleh “Gadi” Johar is founder and publisher of awate.com. Author of Miriam was Here, Of Kings and Bandits, and Simply Echoes. Saleh is acclaimed for his wealth of experience and knowledge in the history and politics of the Horn of Africa. A prominent public speaker and a researcher specializing on the Horn of Africa, he has given many distinguished lectures and participated in numerous seminars and conferences around the world. Activism Awate.com was founded by Saleh “Gadi” Johar and is administered by the Awate Team and a group of volunteers who serve as the website’s advisory committee. The mission of awate.com is to provide Eritreans and friends of Eritrea with information that is hidden by the Eritrean regime and its surrogates; to provide a platform for information dissemination and opinion sharing; to inspire Eritreans, to embolden them into taking action, and finally, to lay the groundwork for reconciliation whose pillars are the truth. Miriam Was Here This book that was launched on August 16, 2013, is based on true stories; in writing it, Saleh has interviewed dozens of victims and eye-witnesses of Human trafficking, Eritrea, human rights, forced labor.and researched hundreds of pages of materials. The novel describes the ordeal of a nation, its youth, women and parents. It focuses on violation of human rights of the citizens and a country whose youth have become victims of slave labor, human trafficking, hostage taking, and human organ harvesting--all a result of bad governance. The main character of the story is Miriam, a young Eritrean woman; her father Zerom Bahta Hadgembes, a veteran of the struggle who resides in America and her childhood friend Senay who wanted to marry her but ended up being conscripted. Kings and Bandits Saleh “Gadi” Johar tells a powerful story that is never told: that many "child warriors" to whom we are asked to offer sympathies befitting helpless victims and hostages are actually premature adults who have made a conscious decision to stand up against brutality and oppression, and actually deserve our admiration. And that many of those whom we instinctively feel sympathetic towards, like the Ethiopian king Emperor Haile Sellassie, were actually world-class tyrants whose transgressions would normally be cases in the World Court. Simply Echoes A collection of romantic, political observations and travel poems; a reflection of the euphoric years that followed Eritrean Independence in 1991.
Previous Eritrea Does Not Allow for anyone to Unbound
Next National Self Belief and Bologna 2013